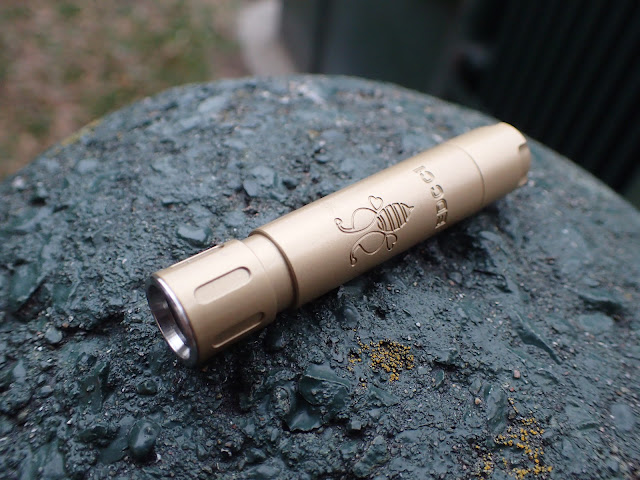 Today I'm trying out the Folomov EDC C1 v3 - an extremely compact brass light with an exotic high CRI LED and micro-USB charging on the included 10440 cell.
If you spend a lot of time on my site you might find that this one looks familiar - that's because I previously reviewed the original version of this light. I'm not sure what v2 was, but the v3 added a stainless steel bezel and better heat sinking to improve the reliability of the LED.

There's a lot to like about this light. The output is great for the size, the charging is convenient, and a lot of people will love the brass look.
The main UI isn't quite my favorite, but to my surprise the "tactical" UI is really great for me. Overall it's tough to beat this light for something tiny and bright. 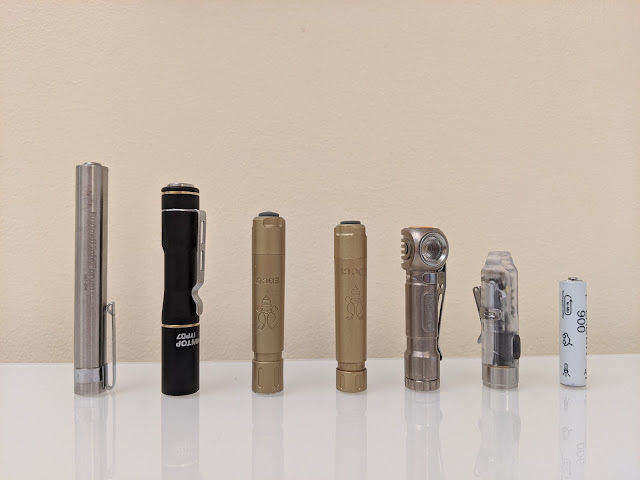 For comparison, here's a lineup with the BLF-348, Lumintop IYP07, Folomov EDC C1 v3, the original EDC C1, Lumintop HLAAA 2.0, Rovyvon Aurora A8, and an AAA cell. Notably this version of the EDC C1 is slightly longer than the original, but is still my shortest tail-switch AAA light. The increased length is likely part of the improved heat sinking Folomov added.

Unlike the vast majority of lights, especially at this price point, the EDC C1 is made entirely of brass. The brass is coated with some sort of varnish that prevents oxidation, but this may wear off over time or could be sanded off if you want that patina'd look. 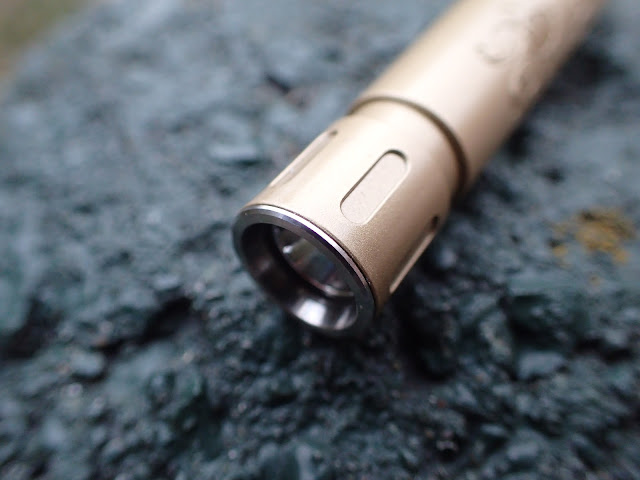 The head of the light has a new stainless steal bezel that adds a nice contrast and prevents it from getting dinged with use. 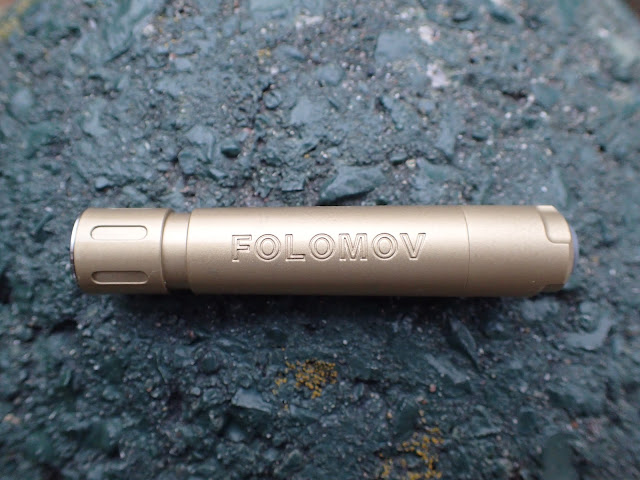 The body of the light is very tubular, with the brand name cut into one side. No knurling to speak of here. This helps keep the light as compact as possible, but definitely means it's free to roll around without the clip installed. 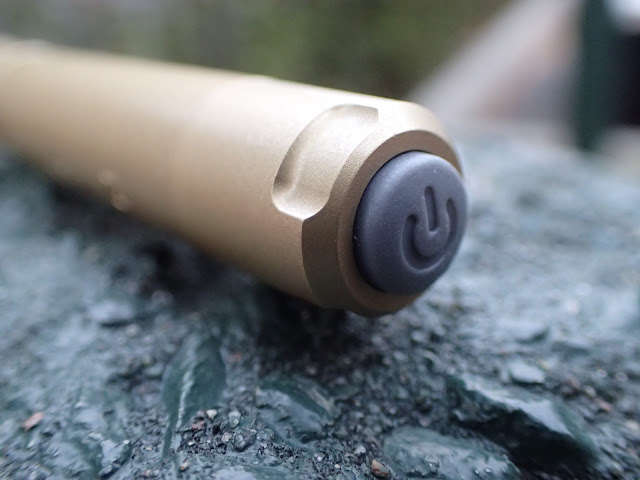 The tail cap has a few cutouts to help you get a grip when removing it, and a proud switch. The light will not tailstand. 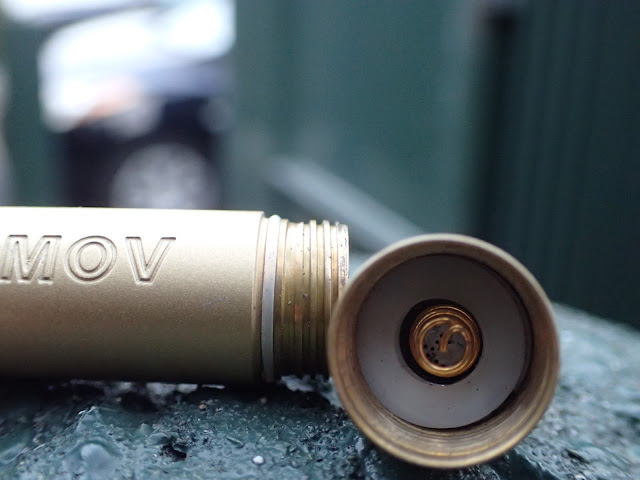 The threads are very solid and square cut, with a spring in the tail serving as the negative cell contact. There's no coating on the threads, which means no physical lockout for the light.

The light comes in a very nice little tin. Inside, you get:

This small light is quite comfortable in the hand, and the switch being at the tail makes it easy to locate. The shape is optimized to be as small as possible so it doesn't have the same great grip area as the IYP07, but tiny lights like this are all comfortable enough for short uses they're meant for. 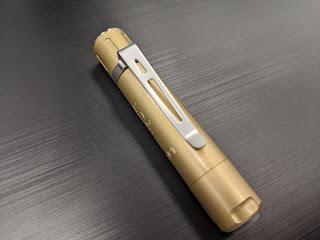 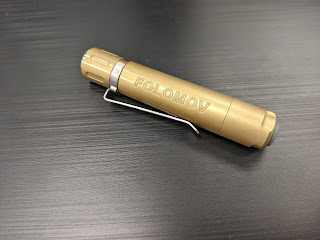 The included friction fit clip carries the light head up. It's not very deep, leaving the head of the light protruding from a pocket when used. Note that the design is likely to scuff the light when you install or remove it unless you're very careful. The orientation of the clip means it will work great as a hat light for hands free use. 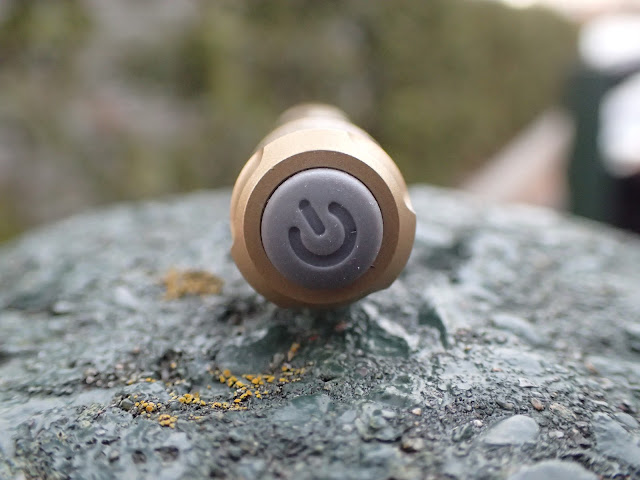 All modes on the light are controlled from the single tail switch. Unlike most tail switches, this is an electronic switch - meaning it doesn't physically complete the circuit. This is becoming a bit of a trend in compact lights, and can allow smaller sizes and more complex interfaces.
There are really two interfaces for this light - "Illumination" and "Tactical".
Illumination group:


I don't much like the long press for off in this mode, but there are plenty of features rolled in otherwise. I also noticed that the shortcut to turbo would sometimes flash the last used mode for a fraction of a second when turning on.
Tactical group:
I usually don't like single mode lights, but with a light this size the output isn't blinding for most uses and the momentary function is a huge advantage - I tend to leave the light in this second mode group, which I find reasonably mimics a forward clicky switch while being much more compact. 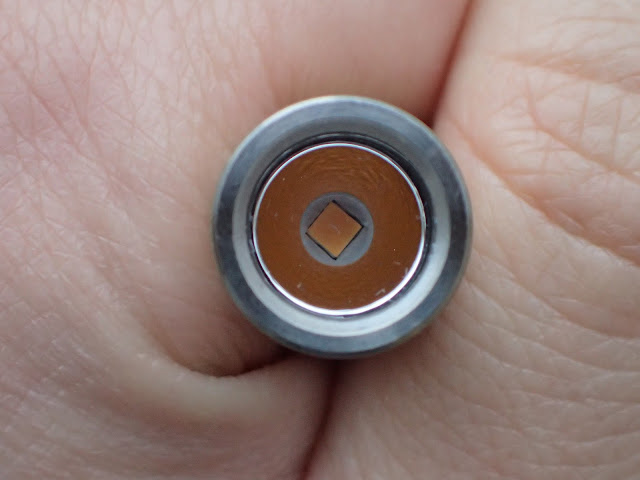 This light uses a 3000K Nichia E21A in an orange peel reflector. This LED isn't the most powerful on the market, but it's known for it's fantastic high CRI and smooth beam - perfect for a penlight like this. 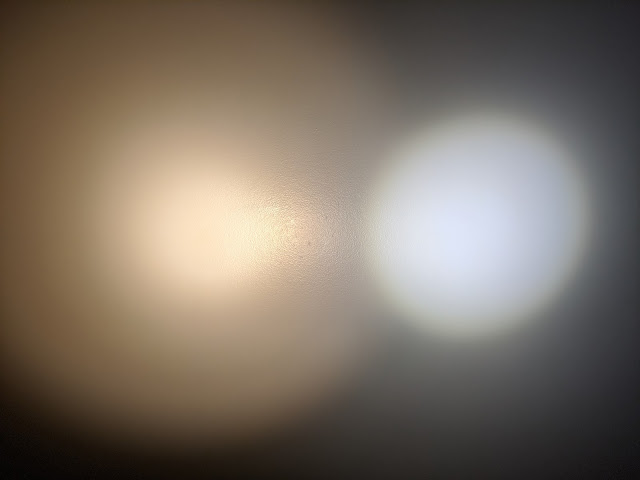 I like the E21A so much that I use a 4500K one as my reference light, seen here on the right. The reflector in this light actually gives a smoother beam pattern than my reference. The 3000K color temperature may be too warm for some, but I find it quite pleasant.

The light is powered by a single 10440, which is an AAA sized Li-Ion cell.

The step down from turbo is nearly instantaneous - so much so that it's hard to tell the turbo and high runtimes apart in my graphs. In both modes the light stepped down before 30 seconds, but stayed above 10% for 1.1h and exceeded the advertised runtimes.

The included cell has a fairly common built in USB port for charging - just plug it in and a small indicating LED turns red until charged, then switches to green.

The tiny cell charges at about 300mA, and took less than an hour from empty to full.

This product was provided free of charge from Illumn. I was not paid to write this review, and have tried to be as unbiased as possible.
Folomov EDC C1 product listing where you can pick one up for yourself.
Zeroair's review of this light
1x10440 Brass Flashlight Folomov High CRI Integrated charging Micro USB Nichia E21A