Lumintop sent me the HLAAA 2.0 for review. This is a single AAA cell right angle light made of stainless steel, with a magnetic tail, a clip, and a headband included. This light uses a Cree XP-G3 behind a honeycomb TIR. This version is an update to the original HLAAA, which had an XP-G2 emitter and did not include a headband. 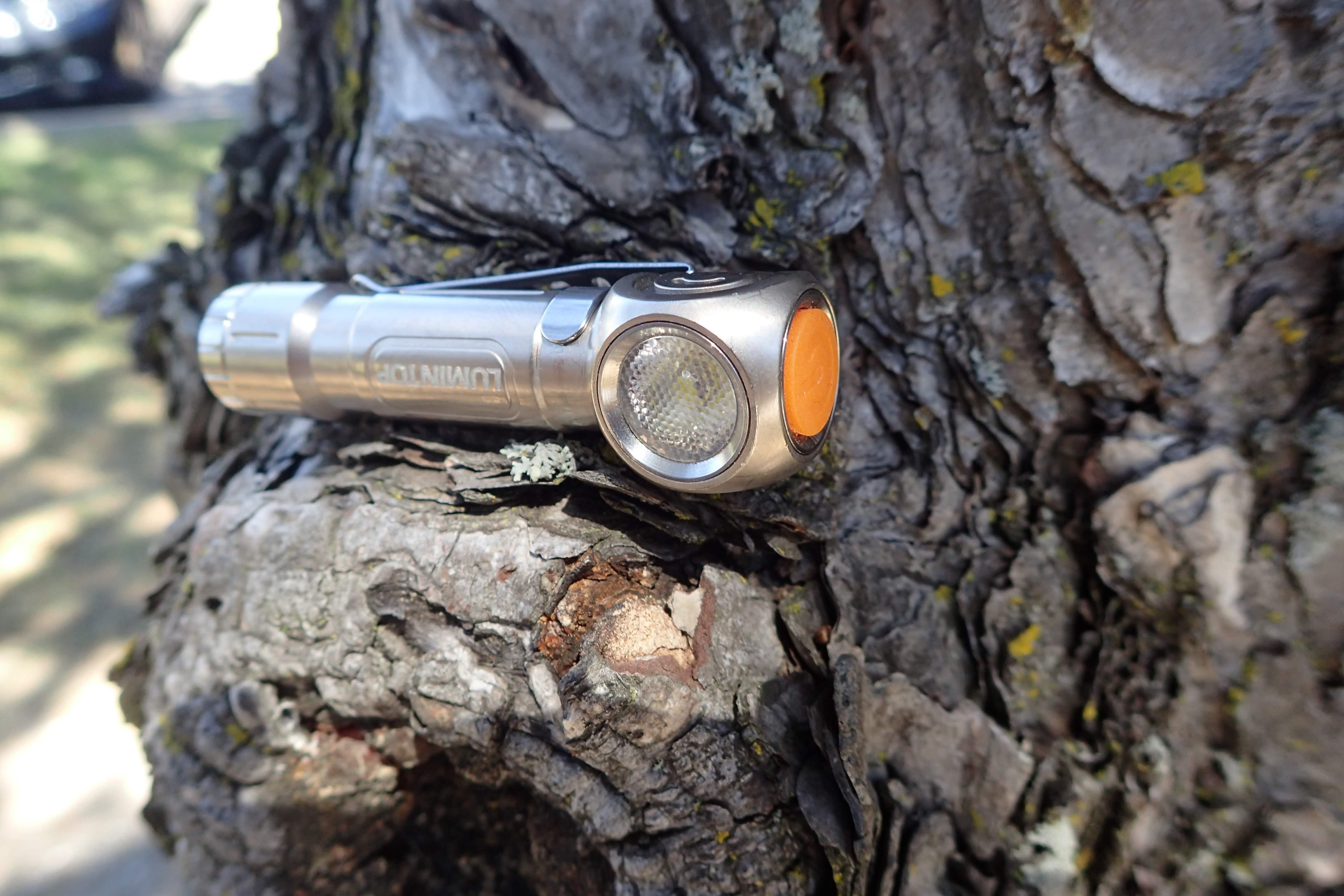 I like this light a lot. It’s tiny and convenient, with just about all the retention methods you could want. It’s nice to see a light that isn’t boring black aluminum, and I’m a big fan or right angle lights. If you’re looking for a small EDC, a lightweight headlamp, or even a light for ultralight camping, this one is worth a look.
During my use, I found this was a handy light for working inside small spaces, such as a PC case or appliance. I found it a very functional headlamp as well.

The build on this light is great. The entire body is milled out of a single piece of stainless steel - the head and cell tube are all one piece. The body is smooth for the most part, with a few grooves carved out for grip. There are a some thick fins at the head, and some reeding to help make it easier to unscrew the tail cap. The tail is also stainless steel, with a strong magnet inside it. The magnet will hold the light on most ferrous surfaces. I was pleased to see nice springs at both ends of the cell tube as well. The brand and product name are etched onto the cell tube, and the Lumintop logo is etched into the tail. 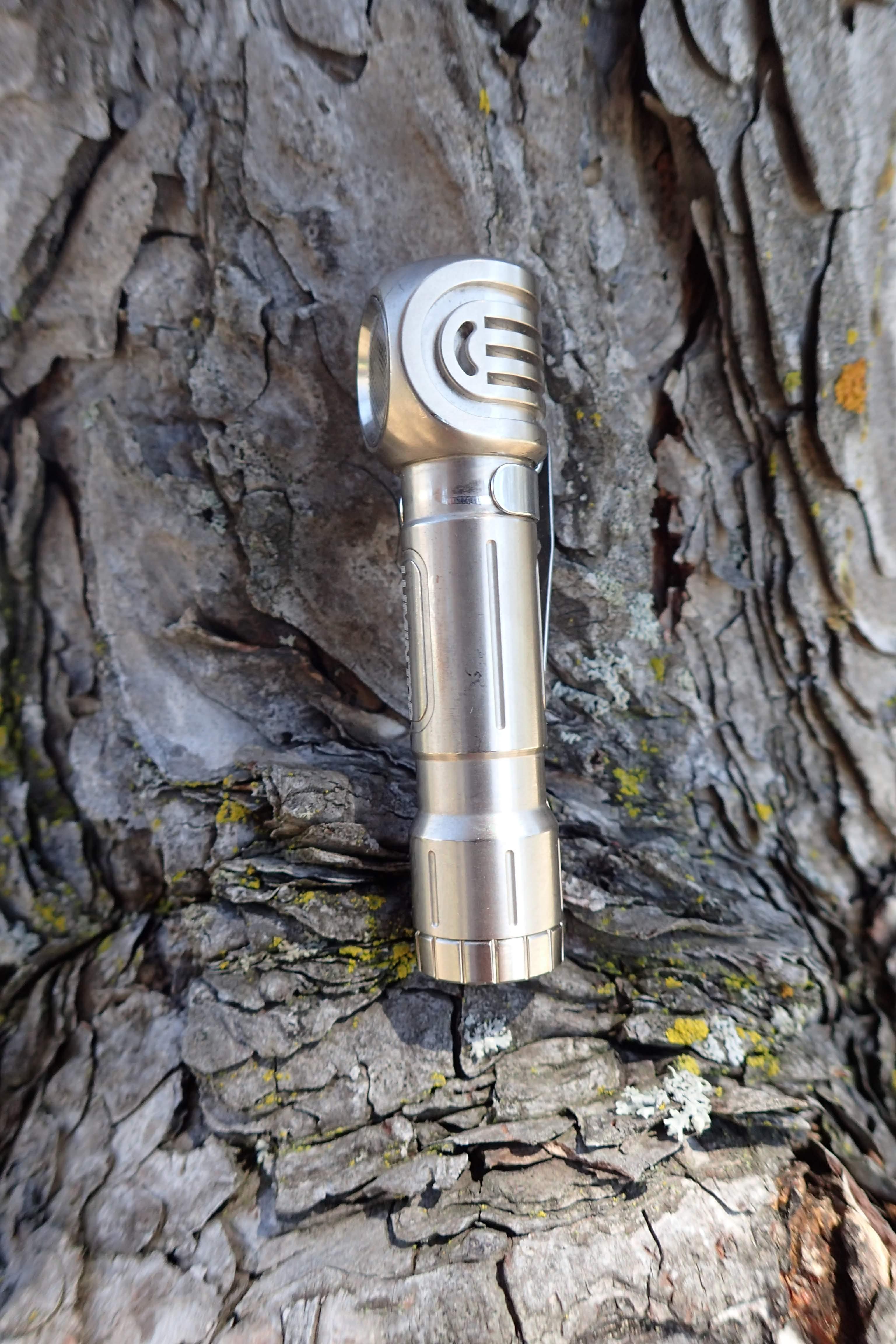 There’s an orange e-switch on the top of the head of the light that sits right about flush. The light won’t stand on the button, but it tail stands very well. The body is small enough that the switch can easily be used with the same hand that is holding the light. The TIR and switch seem to be held in with press fit rings - if they're screwed in, they don't unscrew easily. 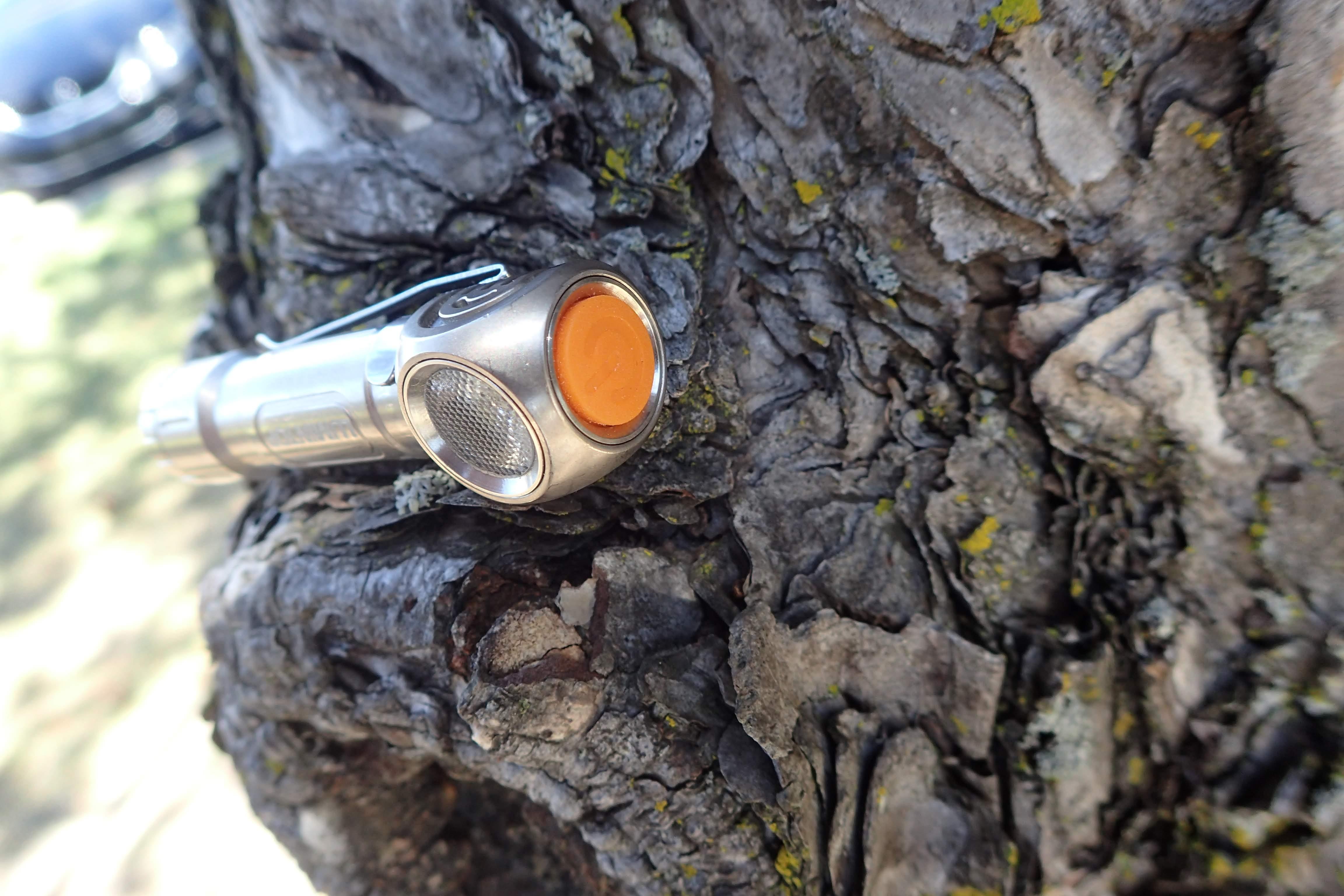 Note that the stainless steel threaded tailcap means there is no mechanical lockout on this light. 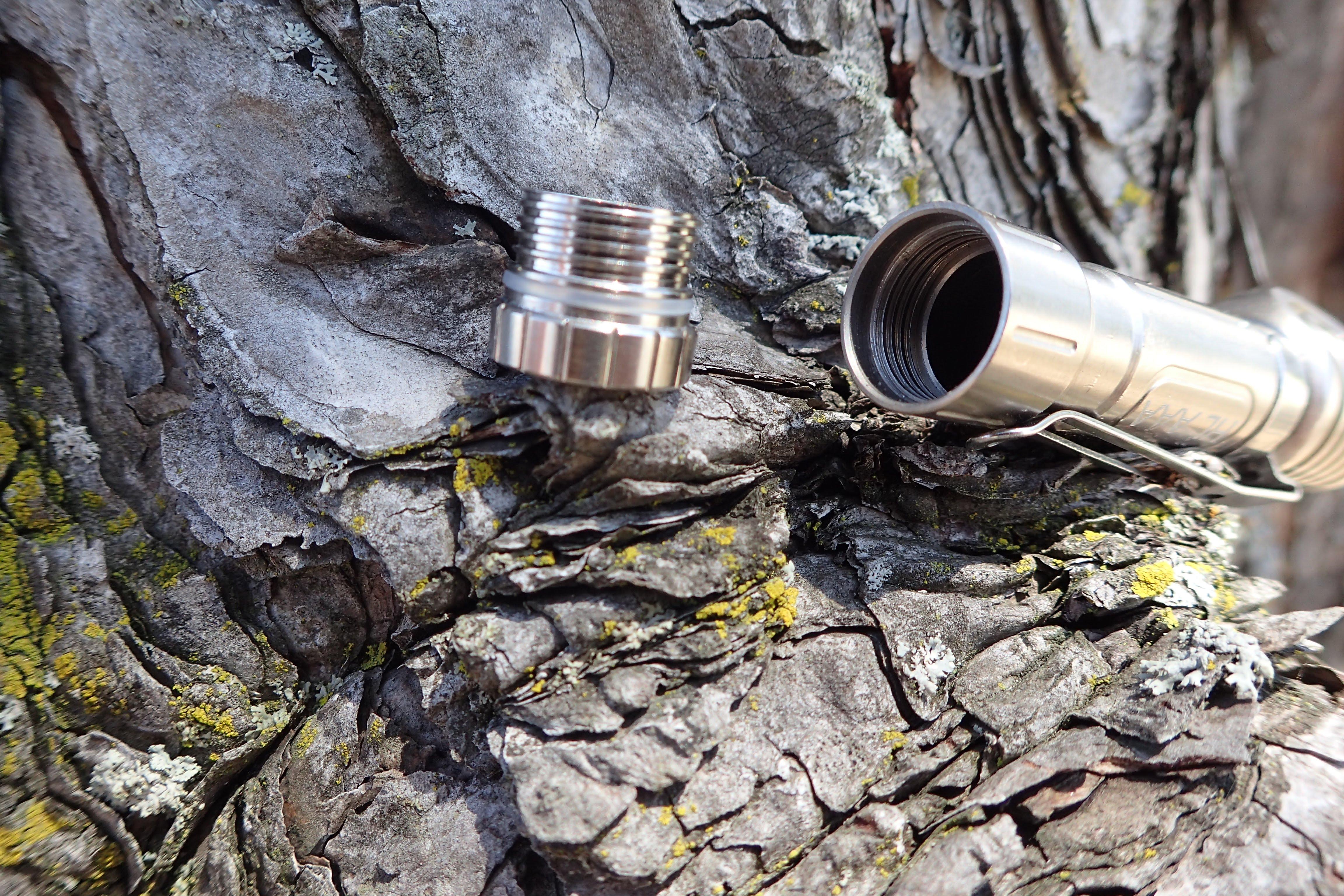 This light has 3 well spaced modes. Lumintop describes them as low (1.5 lm) medium (30 lm) and high (120 lm). These modes are as good as can be hoped for in an AAA light, and I wouldn’t change them if I could. I’m glad there aren’t any strobes or flashing modes.
The UI is simple, as it should be with a basic 3 mode light. From off, a single click turns the light on in low. A single tap will cycle through to the next mode, going to mid and then high, before cycling back to low. The light is turned off with a long press. There are no double or triple tap options, and holding from off doesn’t do any special actions.
The long press for off is a bit of an issue with this light because the light doesn’t turn off until after the switch is released. This means you don’t know if you’ve been holding long enough until you let go and check, and you could easily jump to the next mode instead of turning it off. This was my biggest issue in my time with the light. It would be nice to see a lockout mode as well, but I didn’t have any issues with the light turning on in my pocket during my usage.

The light is a cool white XP-G3. The floody beam it puts out through the honeycomb TIR is relatively diffused and very functional. I found it was great for working in very tight places like inside equipment or appliances. I also found the light was plenty bright for navigating a well marked trail while being used as a headlamp.

This light comes with a strong magnet installed in the tailcap. It looks like you may be able to wiggle free the tail spring and pull this out if you really didn’t want it there, but I wasn’t able to get the spring out easily in my unit. The light also comes with a nice clip, that can be installed for either head up or head down carry. The clip has a nice ramp on it and slides onto pocket fabric easily. There are no ramps where the clip attaches to the body of the light, so it may mar the surface during installation. 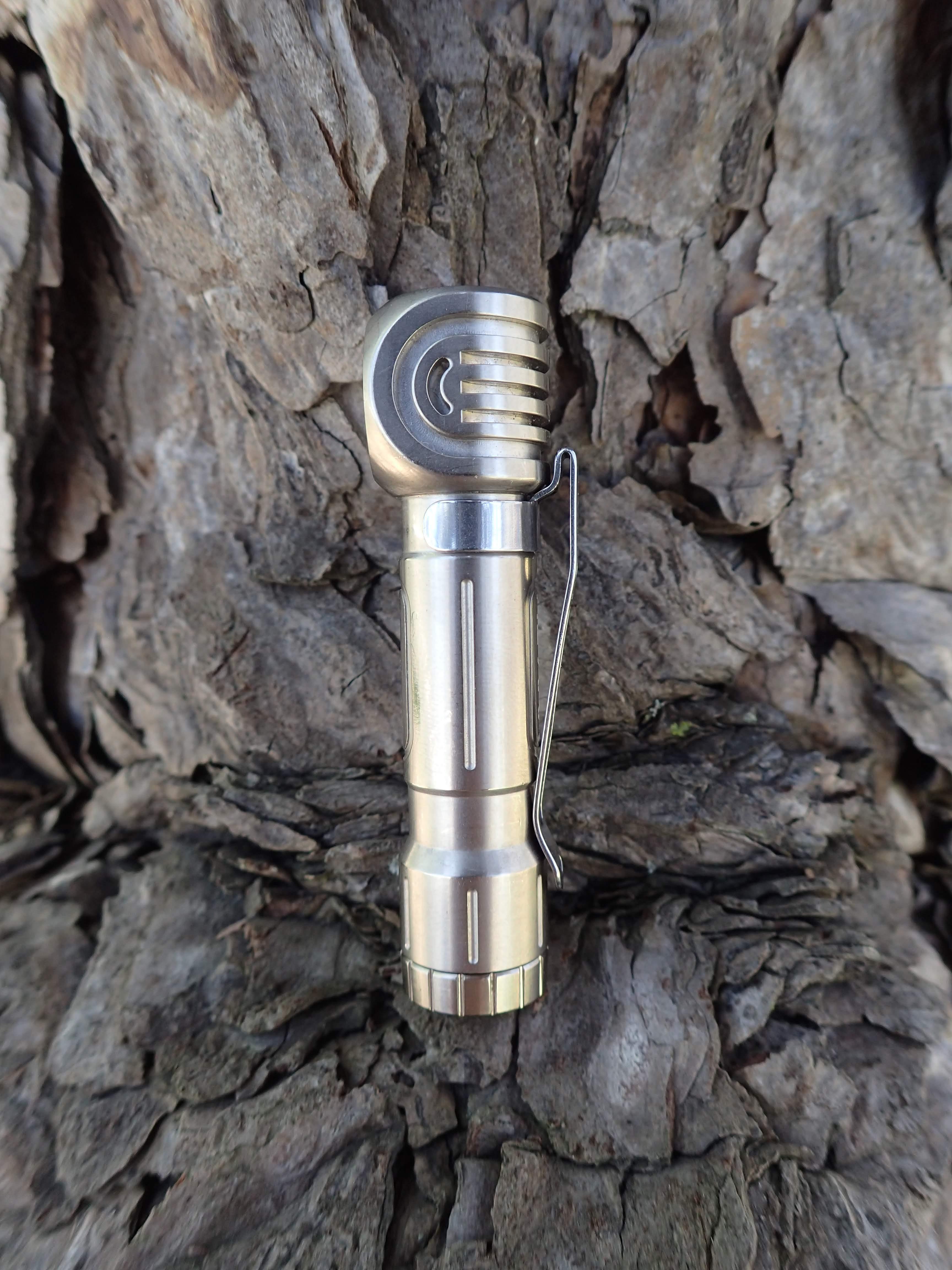 In addition to working great as a hand held light, this product is also a great headlamp. It includes an orange elastic headband with a silicone light holder. The headband has non-slip strips installed on the inside so it doesn’t move around during use, as well as reflective detailing on the outside for increased visibility. The light can not be installed in the headband with the clip attached. 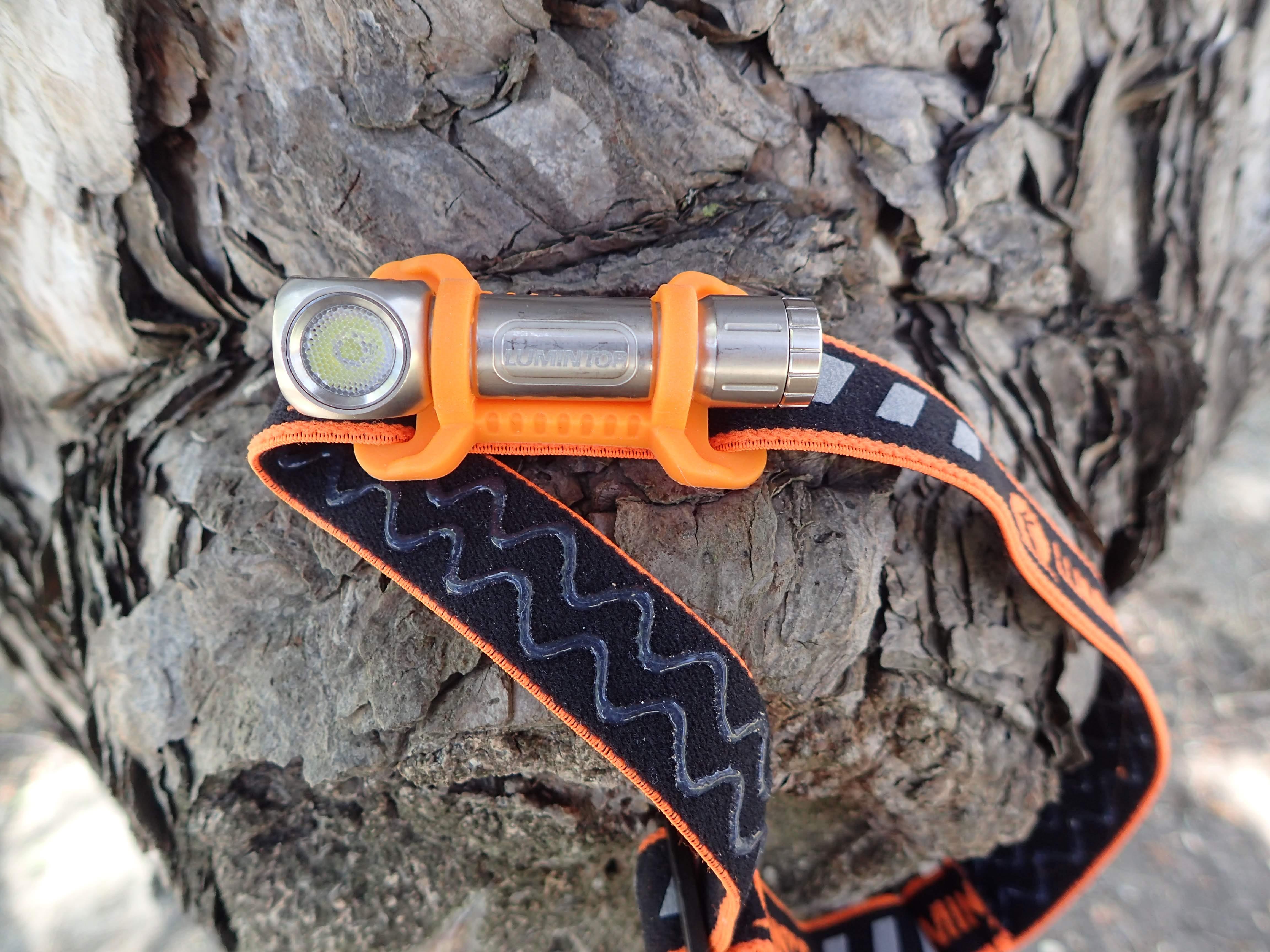 The only retention method this light is missing is an attachment point for a loop of sorts. I can’t see a lanyard being functional on a light this small, but I could see wanting to attach it to a keychain. There are some holes and slots in the clip that could be used for this purpose if you’re looking for a keychain light. 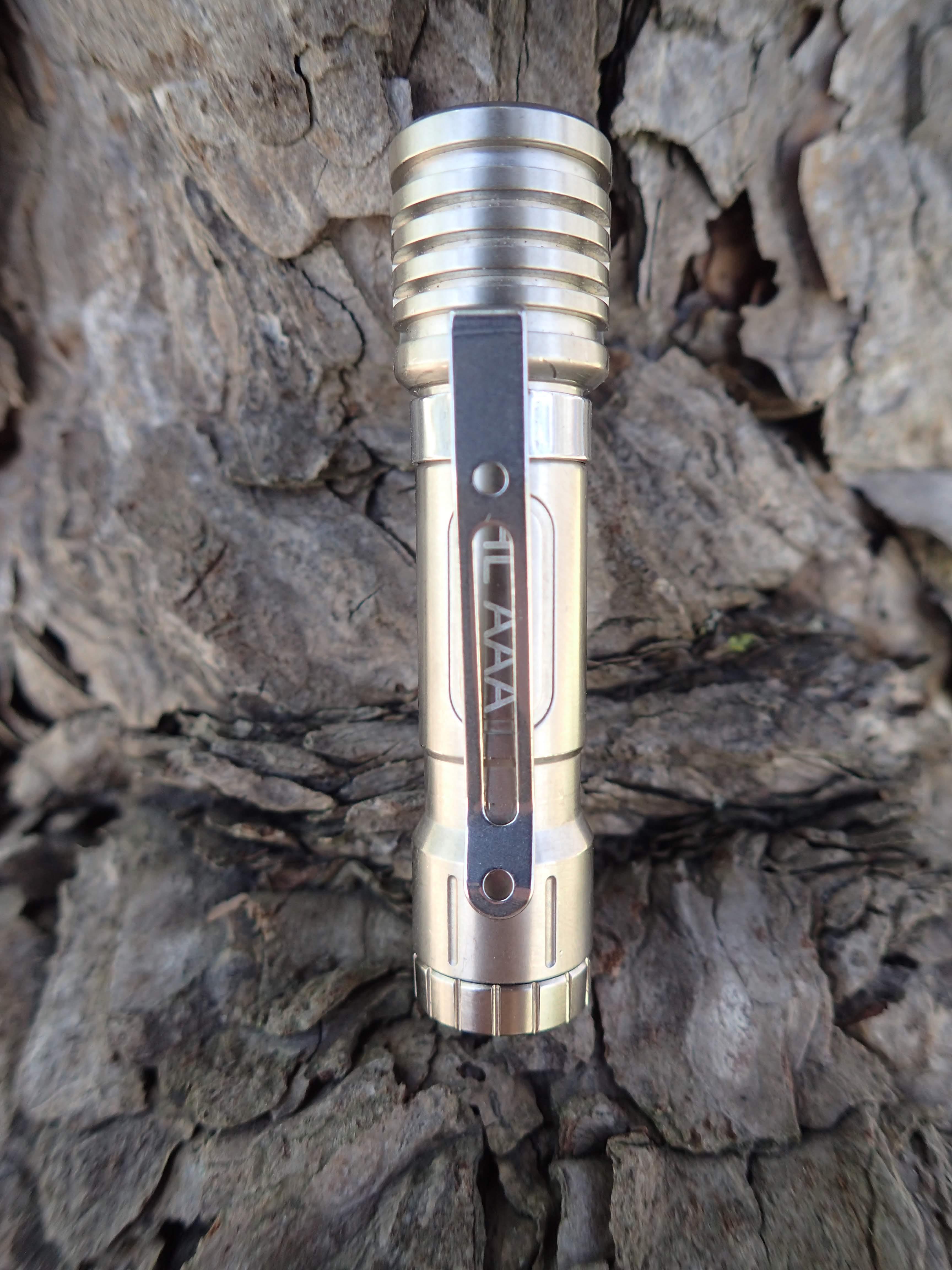 The light is powered by a single AAA light. Lumintop doesn’t recommend Li-Ion cells, and I didn’t test them in my unit. I used Ikea’s Ladda NimH cells for all my tests. On high, the light stayed perfectly steady for 50 minutes, and didn’t drop below 10% output until almost 55 minutes. This exceeded the stated run time of 40 minutes. 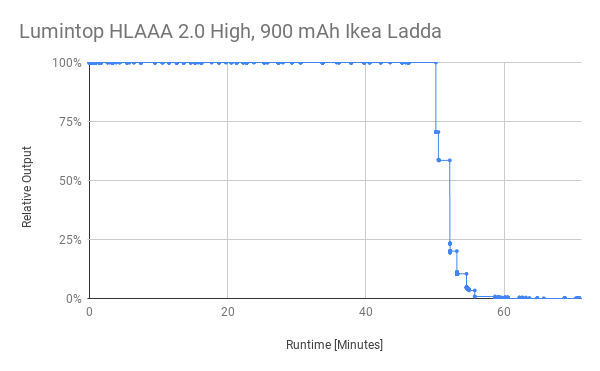 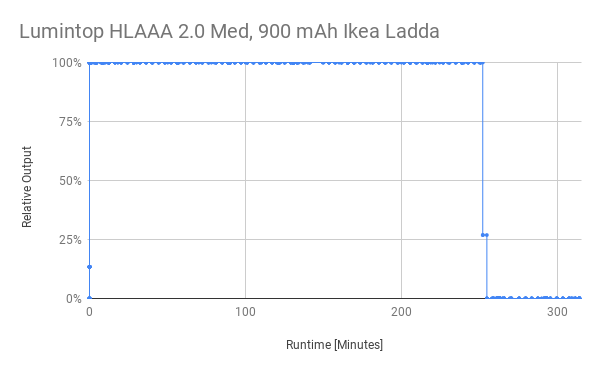 I did notice some strange behaviour with drained cells - with an alkaline cell, the switch would no longer register long presses, so I couldn’t turn the light off without removing the tail. On NimH cells, drained cells caused a strobe-like flicker, but this was long after the measured run was completed. Since the light works as expected for as long as can be expected, I’m still happy with these results.