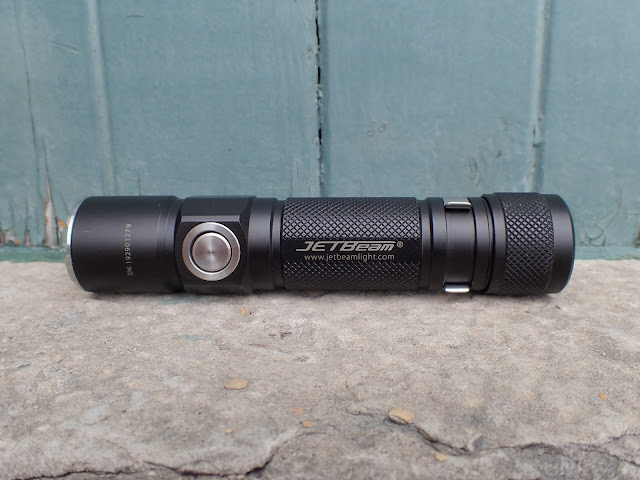 Today's review is the Jetbeam KO-02, sent over from the team at Battery Junction . This is 21700 tube light, with an XHP35 LED, a side switch and a USB-C port for charging.

21700 lights are becoming increasingly popular, as is USB-C. This light reminded me a lot of the Acebeam EC65 - while it's great to see companies adopting the new charging standards and cells, there were a few things about it that made it feel a bit generic.
I hope Jetbeam makes a v2 of this light that implements proper USB-C charging, works as a powerbank, has a magnetic tail, and is offered with a warmer LED. Even without those features, this is a well built light that has amazing output and impressive runtimes. 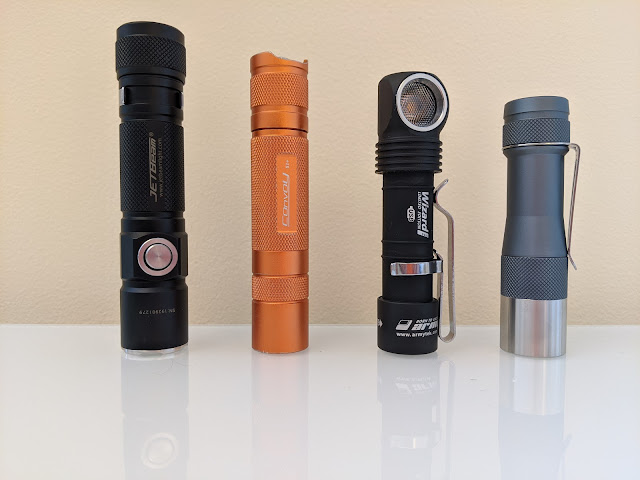 There aren't many "common" 21700 lights that might be useful for a size comparison, but you can see the larger cell makes it noticeably longer than popular 18650 lights like the Convoy S2+, Armytek Wizard, and Lumintop FW1A. I appreciate that the width is comparable to the 18650 lights, meaning this light is still pocketable in a pinch. 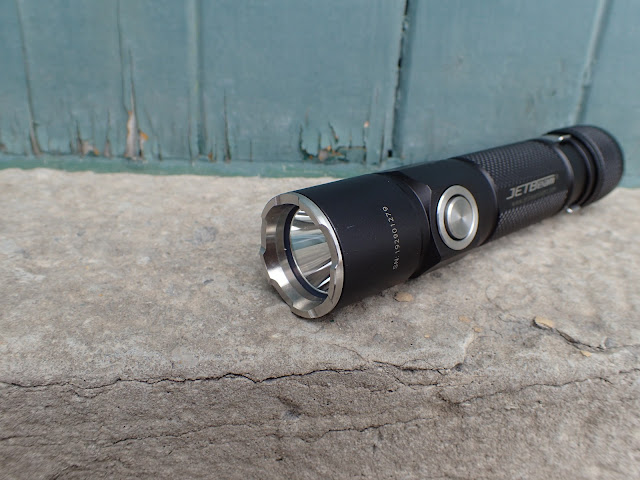 This light is made of black anodized aluminum with a stainless steel bezel. The bezel has some crenellations. Below the head, there's a small section with a roughly octagonal profile that serves to prevent rolling and house the switch and charging port. 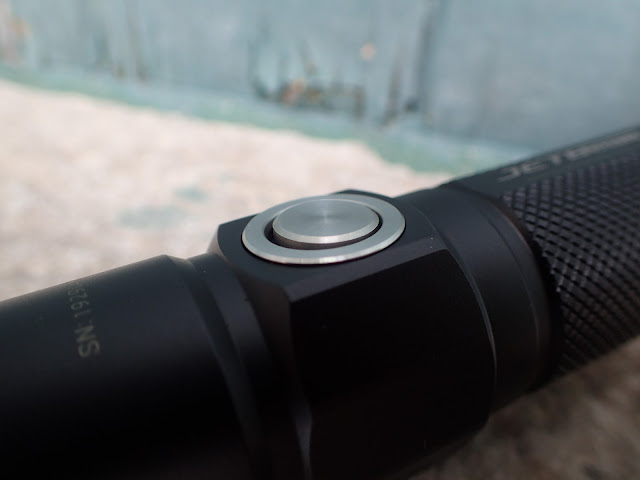 The switch is metal and sits almost flush with the body. There's an LED indicator that can shine around the metal switch, but the switch itself is mushy and has a lot of play 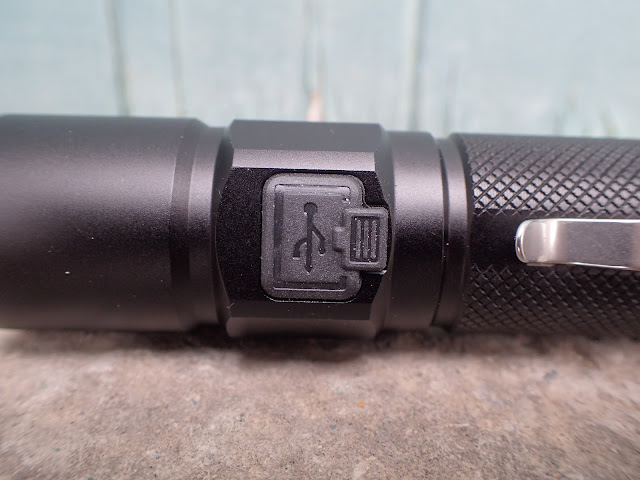 The USB-C charge port has a rubber dust cover and is opposite the switch. 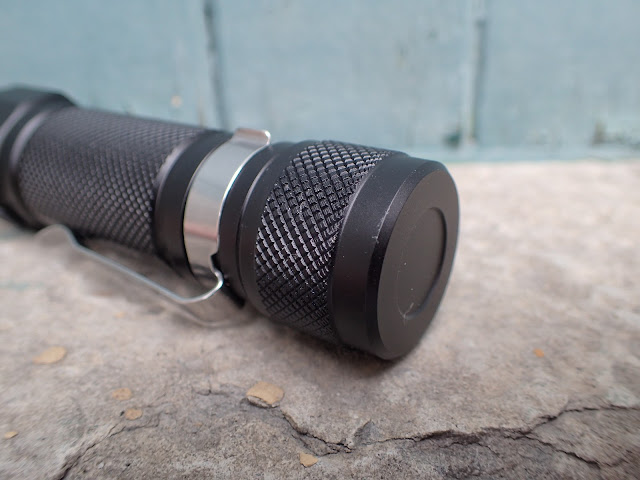 Knurling on the body is smooth, but should provide plenty of grip. The tail is also knurled for easy cell swaps, and flat on the end for tail standing. 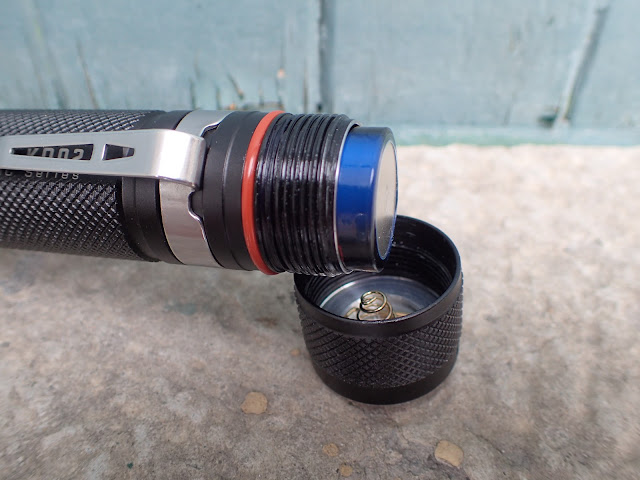 The threads are square cut, and very smooth. They're also anodized, so you can lock the light out and prevent accidental activation by slightly loosening the tail. The contact for the cell here is a small gold colored spring. 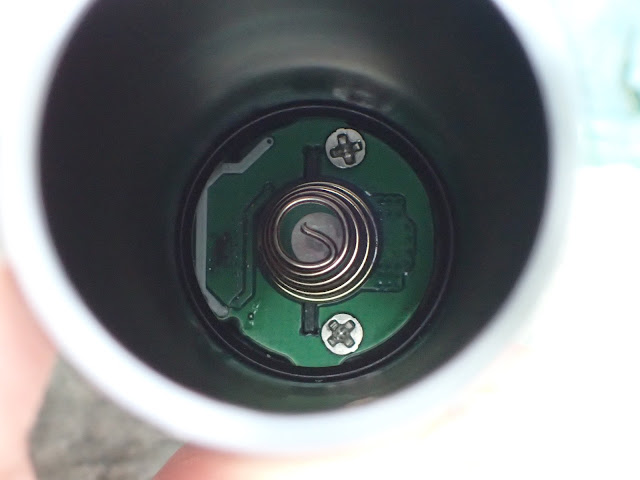 The head of the light was not readily removable, but you can see another spring is used for the positive contact. 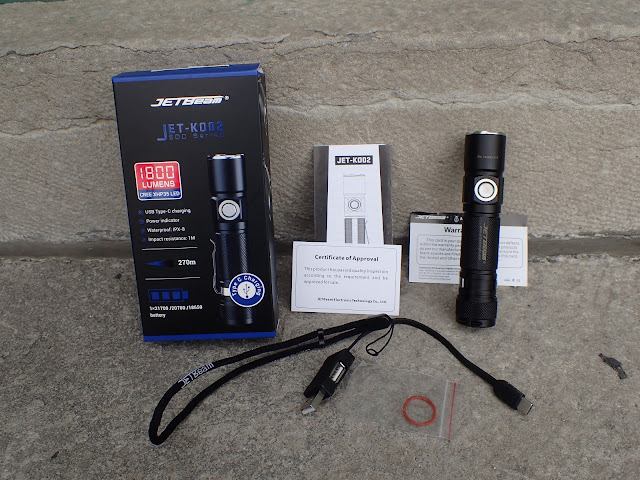 The light comes in a black and blue box. Inside, you get: 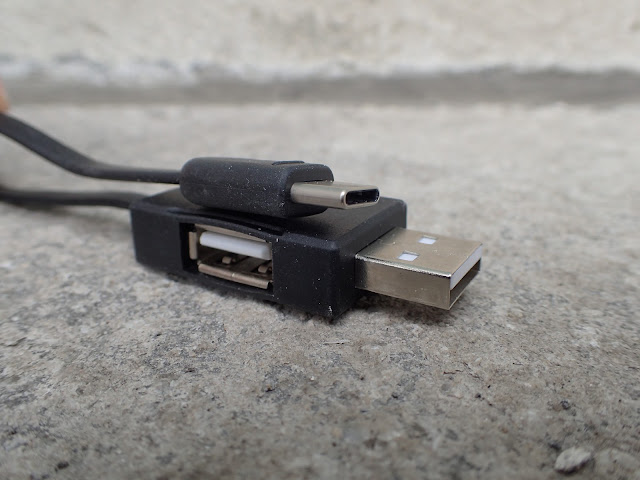 Oddly enough, the included cable also has a female USB-A port on it. I thought this might be for use as a powerbank, but it's actually just a pass-through. If you're using this charging cable to recharge the light from a powerbrick, you can plug another device into that port and charge both at the same time. A bit of an odd addition when USB charge ports are so widely available, but I'm sure some people will appreciate it.

It's a tube light - not much to say in terms of ergonomics, though the knurling does feel very well done and adds a nice bit of grip. 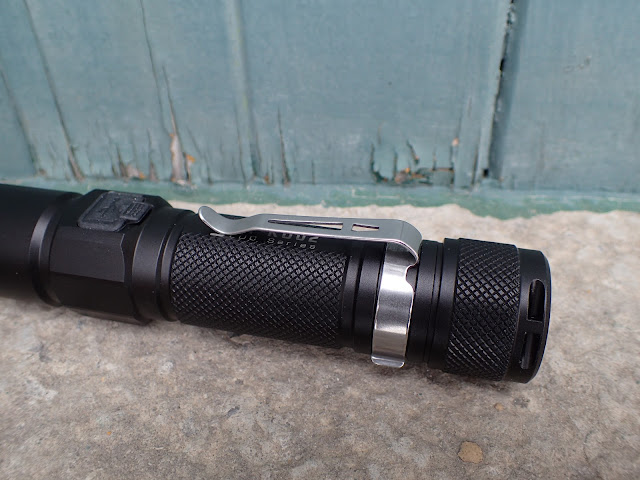 A clip and lanyard come in the box, both of which can be attached on or near the tail, and both do their jobs just fine. The clip is not deep carry, but the light is large enough that deep carry isn't super practical anyways.

The single side switch controls all the modes on the light, and the UI is fairly straight forward:

I don't really like long press for off, and I also wish this light reversed the mode order and defaulted to low or at least had a shortcut to low. Overall it has most of the features people will want without being confusing, it just doesn't suit my use case that well. 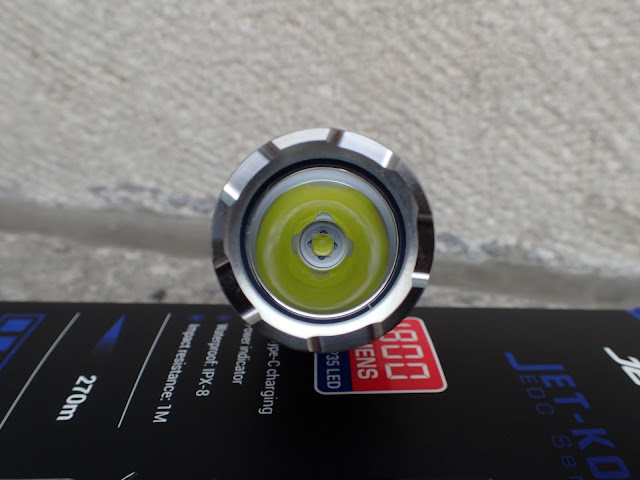 The light uses a cool white XHP35 HD in a smooth reflector. 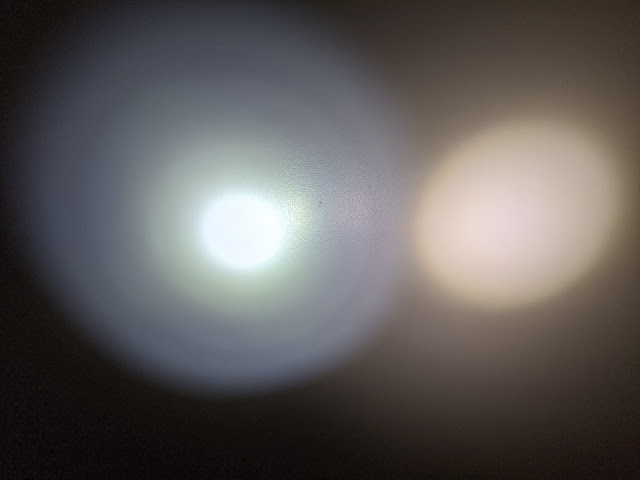 Compared to my usual reference light, a 4500K E21A (on the right), you can see the tint is quite green shifting towards blue at the outer edge, but the hotspot is a relatively pure white. I tend to prefer the XHP35 Hi, which usually doesn't have the same tint shift and gets more throw, though it also can't match the high output of the HD version seen here.

The light is powered by a 21700 cell, but will also run on an 18650. The springs inside are long enough that no spacer or adapter is needed - which is good, because Jetbeam doesn't include one.
In all modes,

The light was tested both with the included cell and with a 3400 mAh Titanium Innovations 18650. With the included cell, runtimes for high and turbo were exactly what was specified in the manual. Turbo steps down pretty rapidly to match high, but both are very stable after the initial step down.
The 18650 test was a bit of a different story. On both turbo and high the light would immediately step down to a moonlight-esque mode and stayed there. That's ether because the battery wasn't made for such a high drain application, the long springs caused a voltage drop when used with a shorter battery, or some combination of those factors. In any case, the runtime test worked as expected on medium and was remarkably stable. 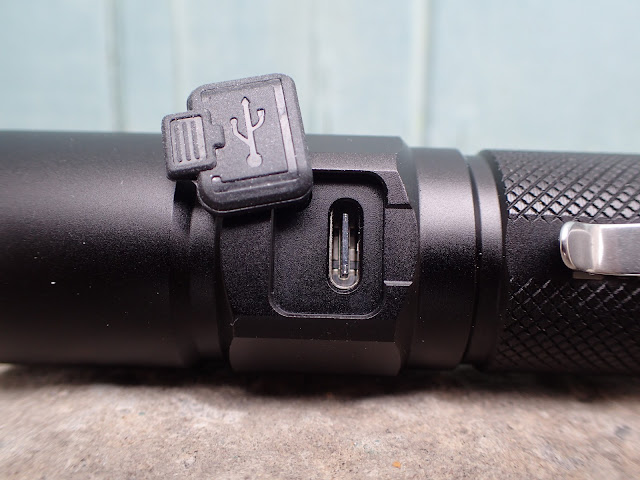 Opposite the switch is a USB-C port for charging the light. In my tests, the light would not charge with a USB-C to USB-C cable plugged into a PD power supply, but the supplied USB-C to USB-A cable worked great. When charging, the light in the switch glows red, switching to green when complete.

Charging is steady at about 0.9A, and took just over 5 hours to fully charge the included cell.

This product was provided free of charge from Battery Junction. I was not paid to write this review, and have tried to be as unbiased as possible.
Jetbeam KO-02 product listing where you can pick one up for yourself.
1x18650 1x21700 Cree XHP35 HD Flashlight Integrated charging Jetbeam USB-C