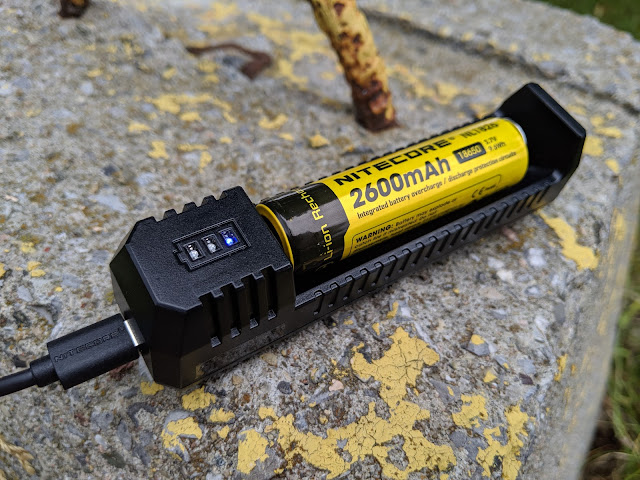 This isn't a fancy charger, but it's a good one. It's low cost, doesn't really have any drawbacks, and can fit even the longest cells I have in my stash. The 800 mAh charge speed is a bit slow, and there's no snazzy functionality or detailed display, but it's less than $10 right now and will probably charge every Li-Ion cell you'll ever own.
If you're looking for a first charger on a budget, or just something you can fit in a bag that will charge your 21700 cells, this is a safe bet. 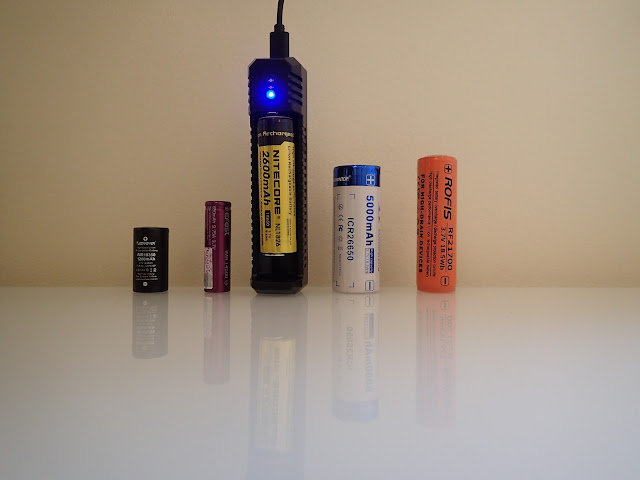 This means the charger has no issues fitting everything from a flat top 18350 up to the largest protected 21700 I have. 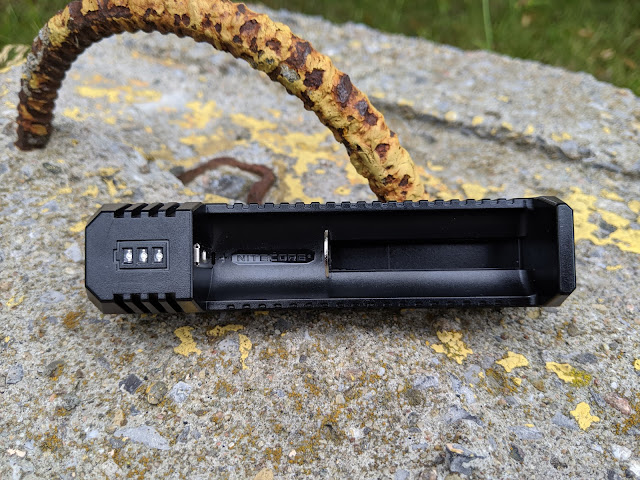 Like most chargers, this one is build from black polycarbonate. From the top, there are the three indicating LEDs, and the single slider. 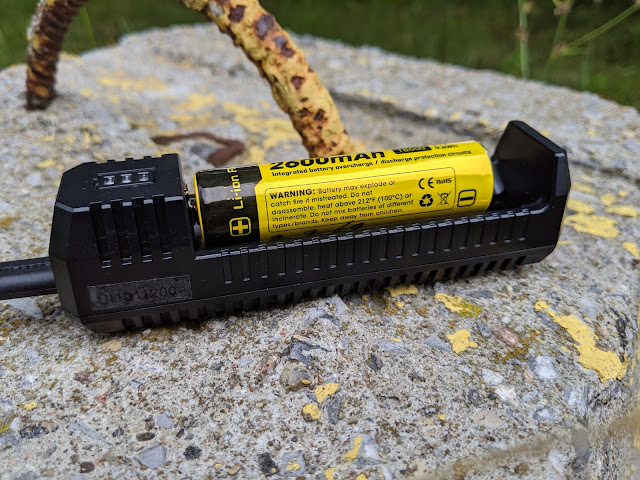 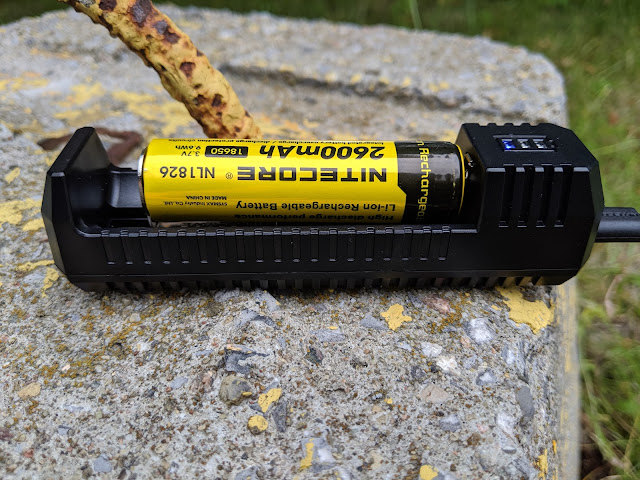 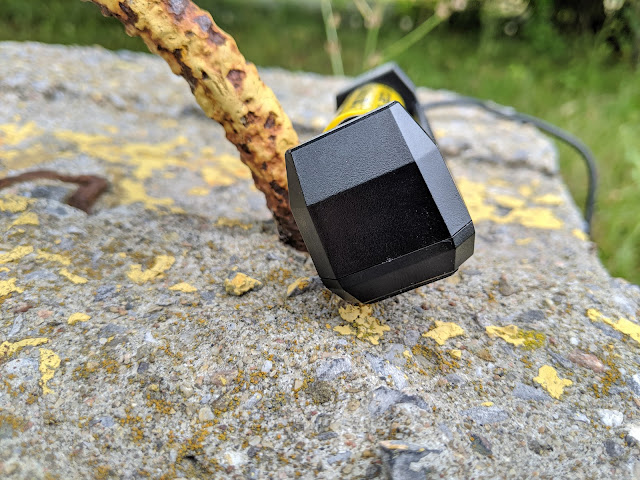 The sides and bottom of the charger are largely featureless. 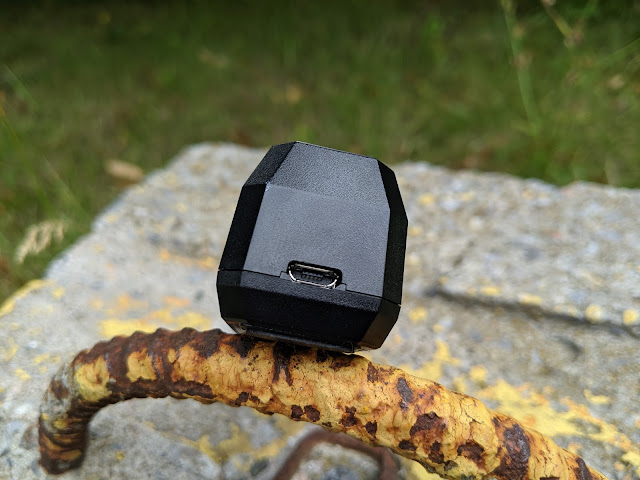 At the top, there's the single micro-USB port used for power input. 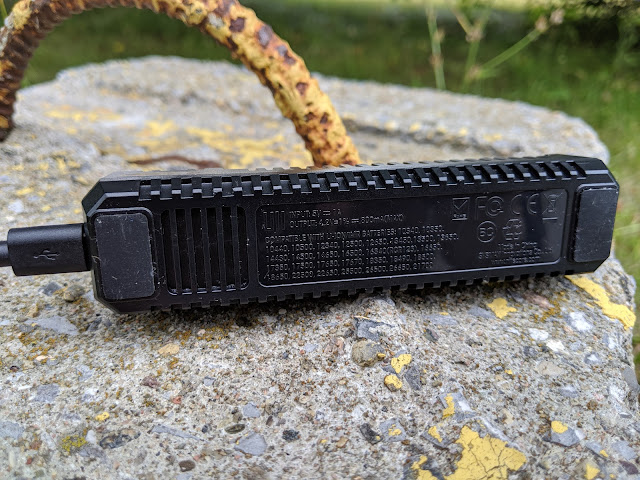 The bottom has two rubber pads to keep the charger from sliding around, and the usual specifications and regulatory marks stamped into the plastic. All the information is here, but the black text on a black background may be difficult to read without the right lighting. 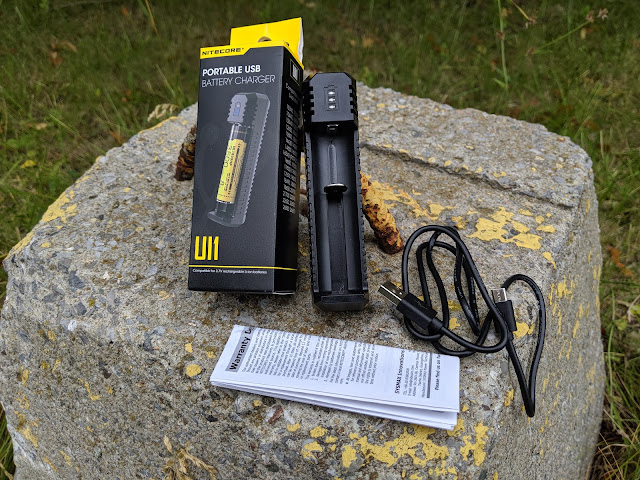 The charger comes in Nitecore's standard black and yellow box with the charger itself, a micro-USB to USB-A cable, and some paperwork. Note that a wall adapter isn't included - you'll have to use a USB power supply you have handy. Since the charger only needs 0.8A, any adapter for a phone from the past few years will work just fine. 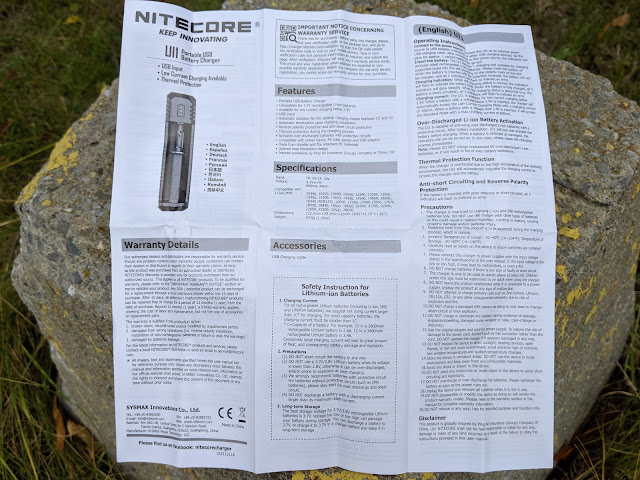 The manual is printed in a number of languages, but here's a peek at the English information.

Not much to talk about here - this charger has no buttons, and no real display to speak of. Just pop in a cell and charging will start. The three blue indicating LEDs will indicate charge state - starting with 1 flashing, then 1 solid with the second flashing, until all 3 stop flashing indicating the charge is complete.
Inserting a cell backwards will cause all three LEDs to flash, letting the user know that something is wrong.

Charging a protected 2600 mAh cell from Nitecore is as expected, and takes about 5.5 hours  to complete. The constant current phase sits at about 800 mA as advertised, and charging terminates at 4.2 V. The current over the USB power supply is exactly what goes into the cell, so we can see that a linear charge circuit is used and just burns off the excess voltage.

Charging an LG HG2 is similar, though noticeably faster. 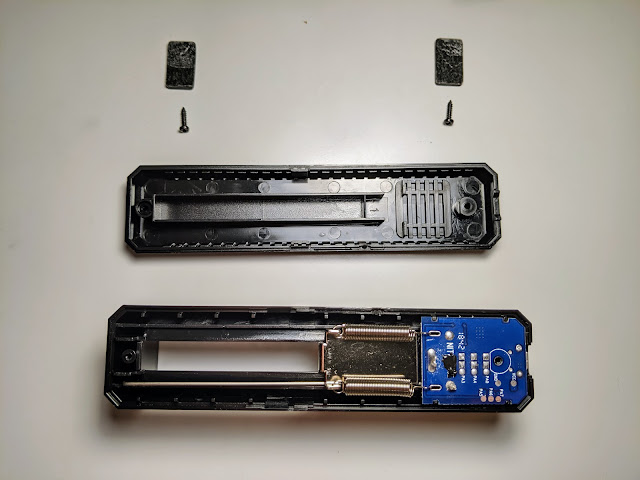 The base of the charger is secured with two screws and two plastic clips. Inside, we can see the single PCB near the top. The lower portion of the charger just has the rail, the slider, and the two springs. 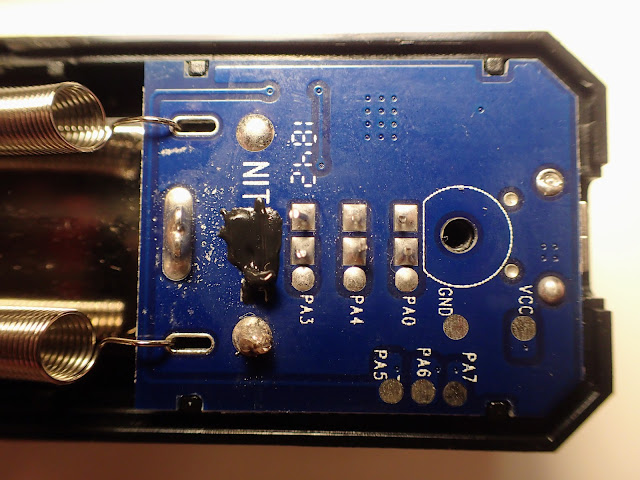 A close up of the base of the PCB. 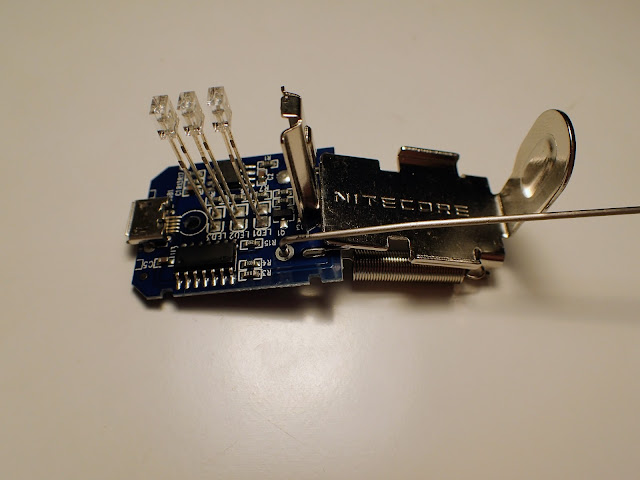 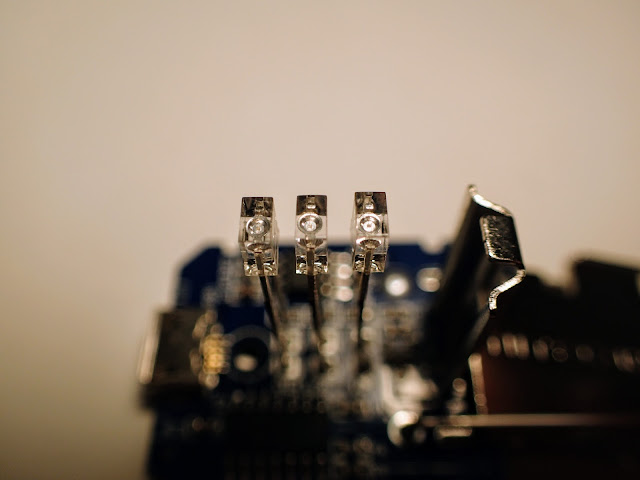 Removing the board gives us a peek at the three indicating LEDs and the positive contact, all of which are connected directly to the PCB. Even though these stick out quite far, they're anchored by the design of the case - so there shouldn't be too much leverage to worry about. 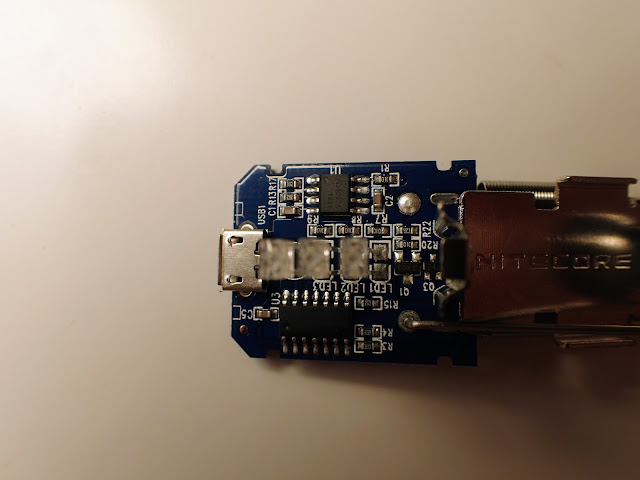 The top side of the PCB has all the components - namely, the 4057 charge IC. The larger chip doesn't have any markings. All the soldering looks good, without any sloppy splatters or flux left over.

This product was provided free of charge from Best Light. I was not paid to write this review, and have tried to be as unbiased as possible.
Nitecore UI1 product page at Best Light
Zeroair's review of this charger
Charger Micro USB Nitecore Single bay