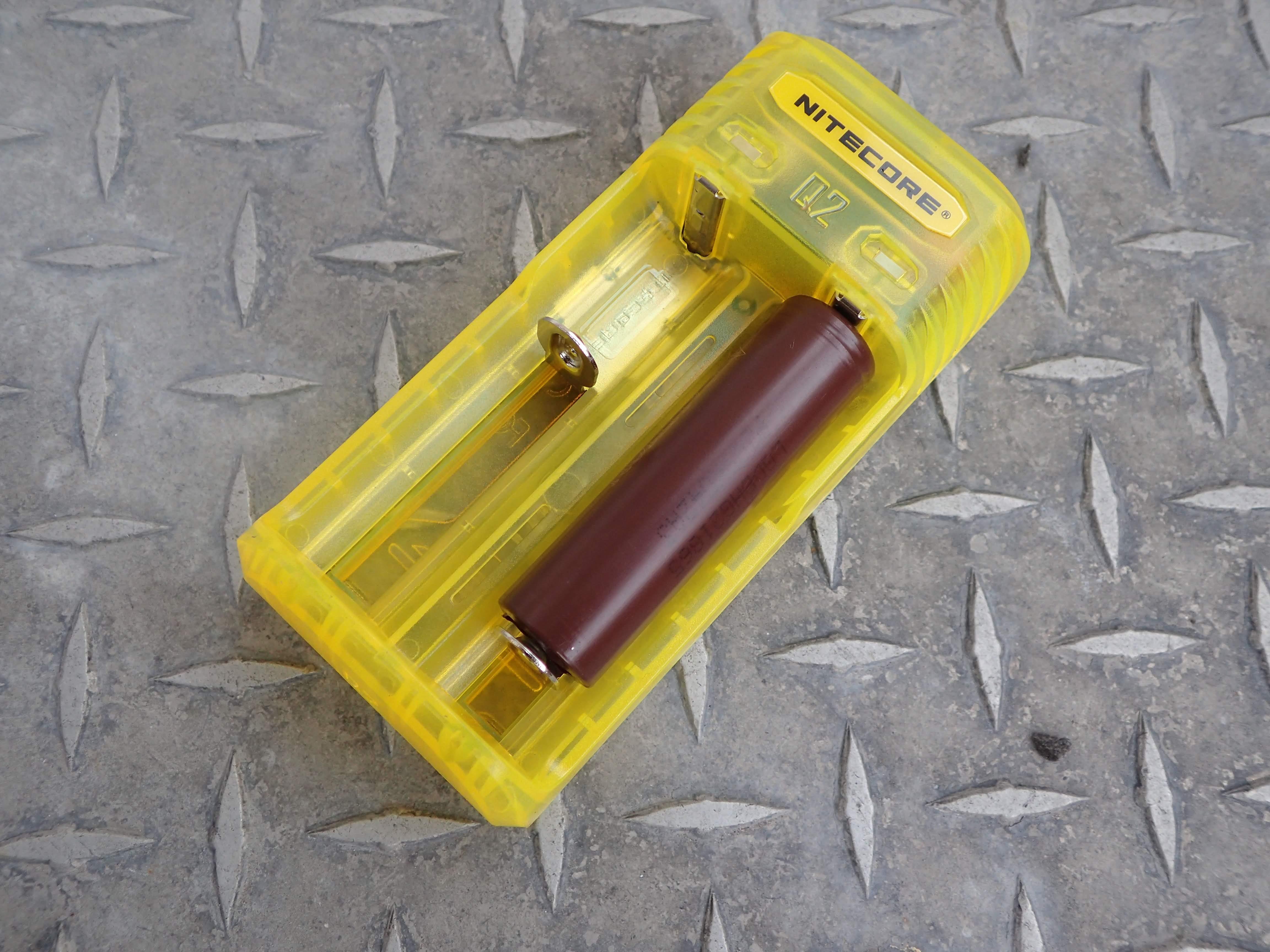 Along with the last batch of lights they sent out, the Nitecore Q2 came in the mail for me. This is a 2 bay charger that can charge cells from 10340 up to 26650 and 21700 sized. The charger only supports Li-ion cells.
It is worth noting that Nitecore also has the Q4 and Q6, which appear to be similar models with more bays. The only difference I can see is that the Q6 comes only in a more standard black color, whereas the Q2 and Q4 come in translucent cases.

I don’t have the equipment required to review a charger, so all I am able to do is comment on the features offered and who they may be good for. This charger is very basic, supporting only one cell chemistry, and not having any advanced readings or analysis.
The standout features of this charger are that is is impressively compact, and that it can charge cells quite quickly - up to 2 A for a single cell, or 1 A per cell with both loaded. If I’m being honest, I like that it comes in fun color options too. The small size and high charge rate make this a great charger to bring with you on a trip. It’s also great for people rapidly draining cells, maybe draining multiple in a day - this means mainly people who vape, or use a D4 with oven mitts on.
I found it a bit limiting that there’s no readout or even a way to tell how charged a cell is when it’s in this charger - just a single LED per bay that switches from green to red when done. Hobbyists looking to purchase their first charger may be better matched with something a bit more advanced, with support for more chemistries. I would also prefer a micro-USB port in place of the barrel connector, but there are benefits to the barrel connector Nitecore chose to use here. 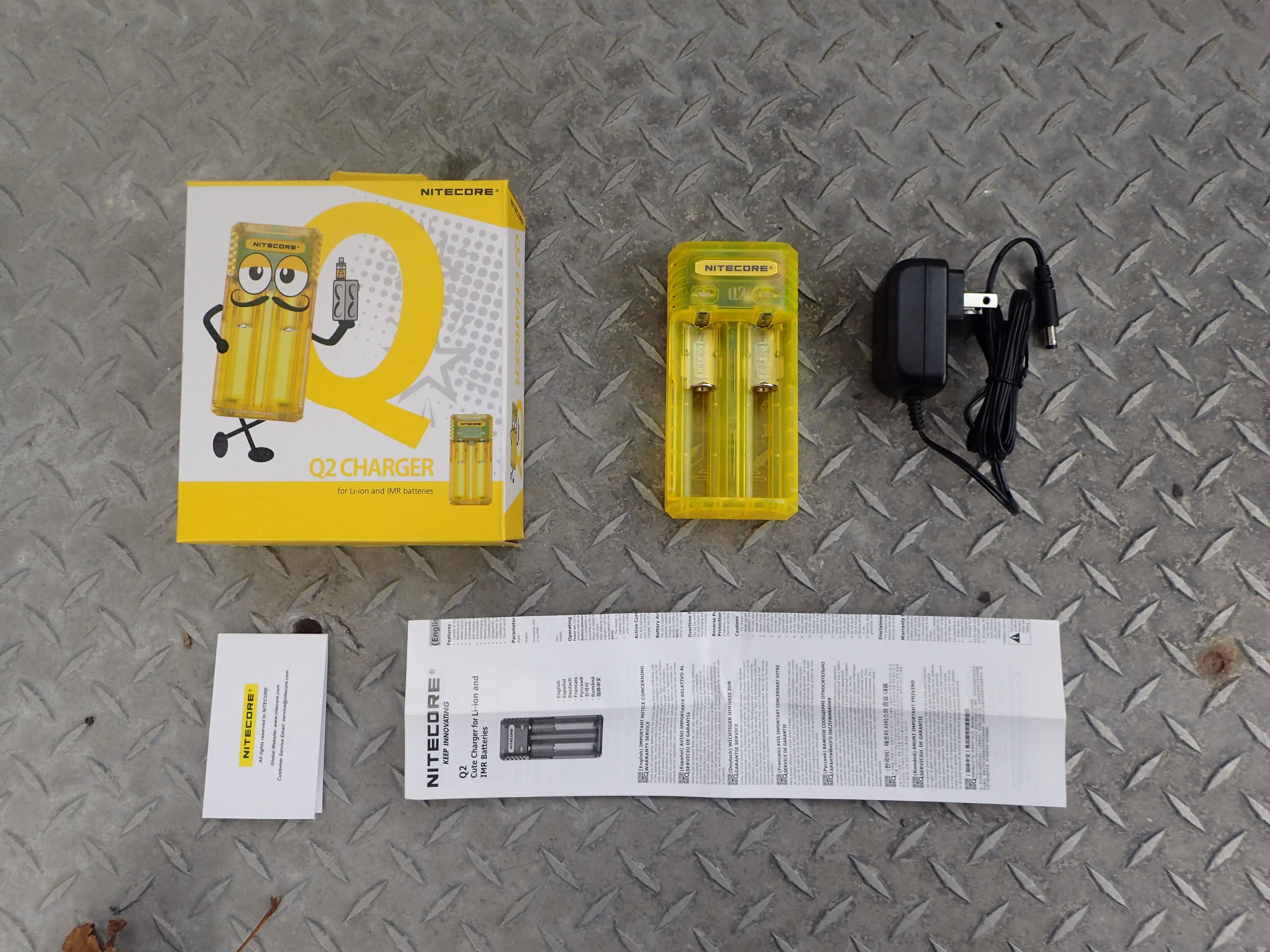 The charger is made of translucent polycarbonate, which I find reminiscent of some old Nintendo hardware. There’s a Nitecore badge at the top of the device, with one indicating LED for each bay beneath this. The LEDs can indicate greed or red and, due to the transparent color of the case, are easily visible from any angle. 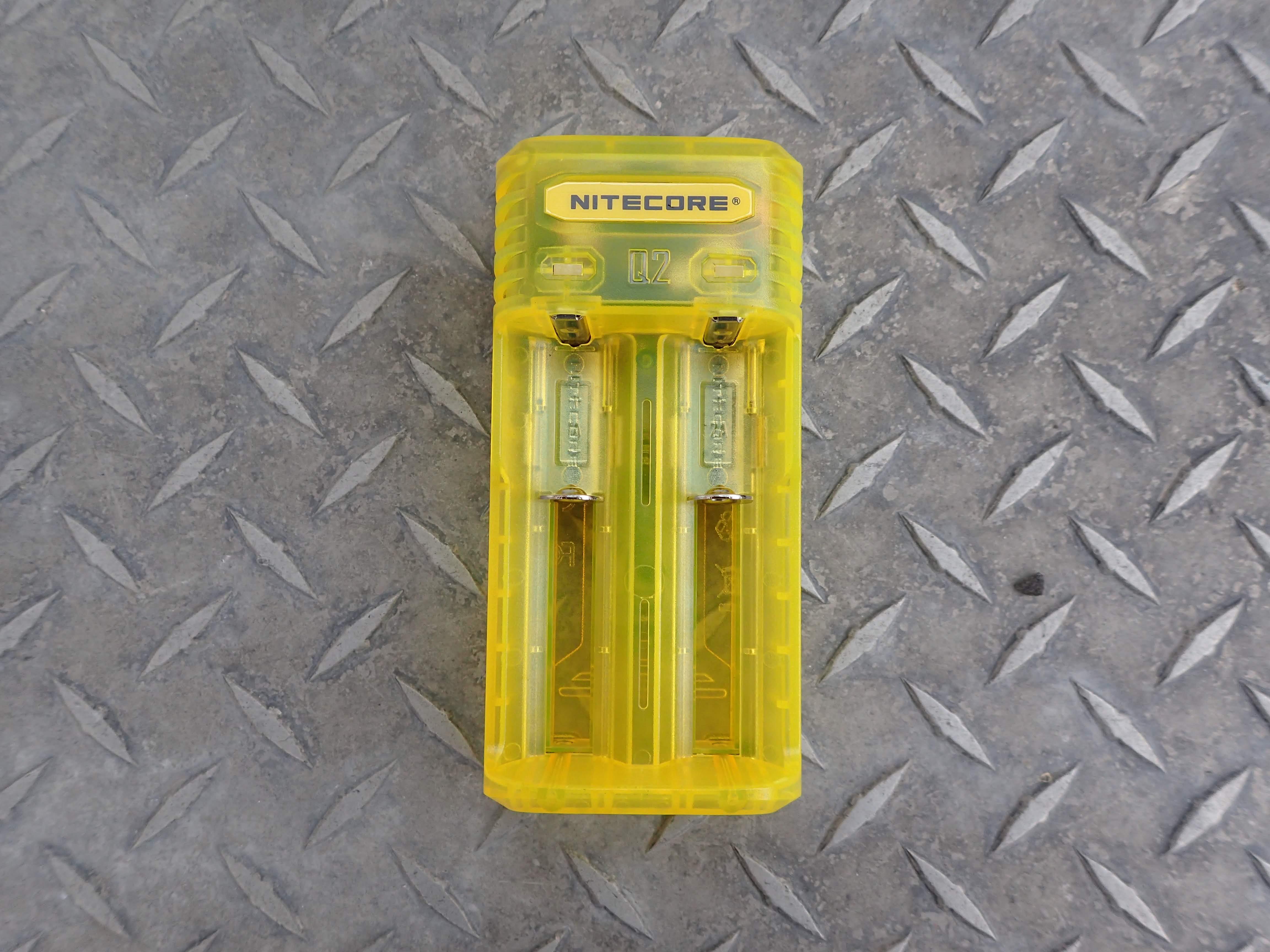 The bays both use the standard slider construction, and can extend from 28 mm to 75 mm. The bays have their maximum currents, 1 A for the left and 2 A for the right, molded into them. These are a bit hard to read unless you’re looking for them. 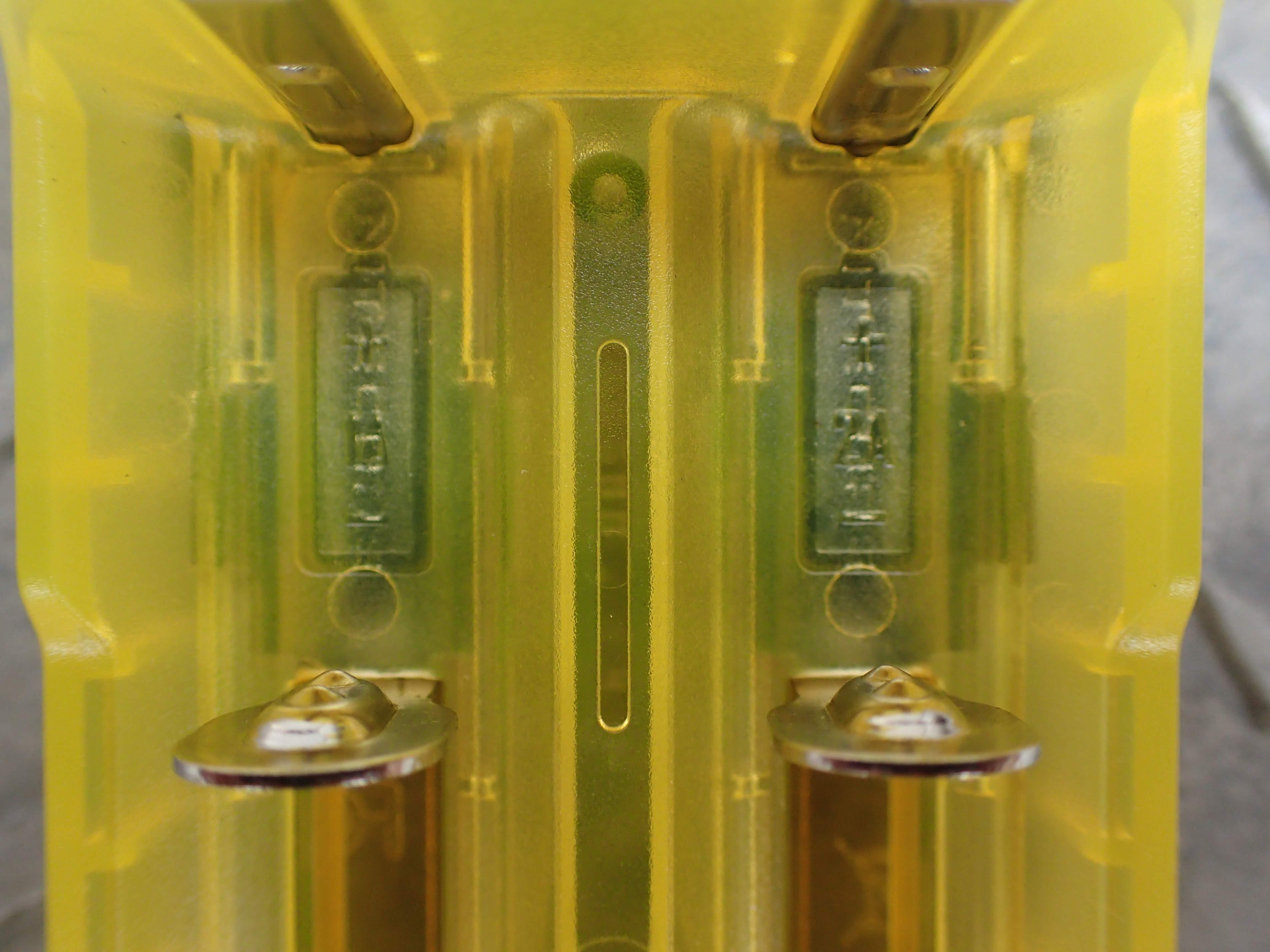 The bottom and sides of the charger don’t have any notable features. The top edge is also fairly bare, with just the barrel connector for power input. 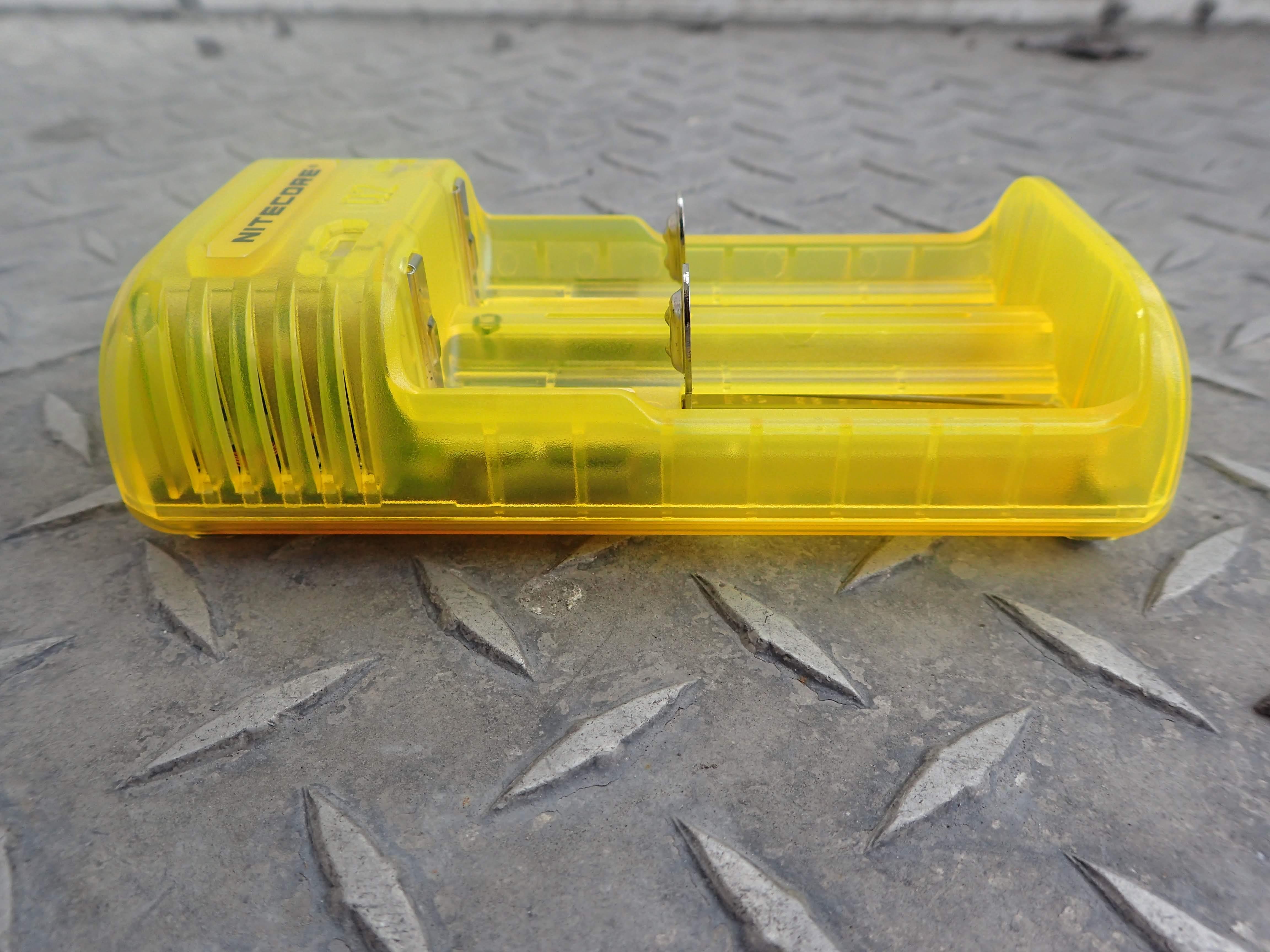 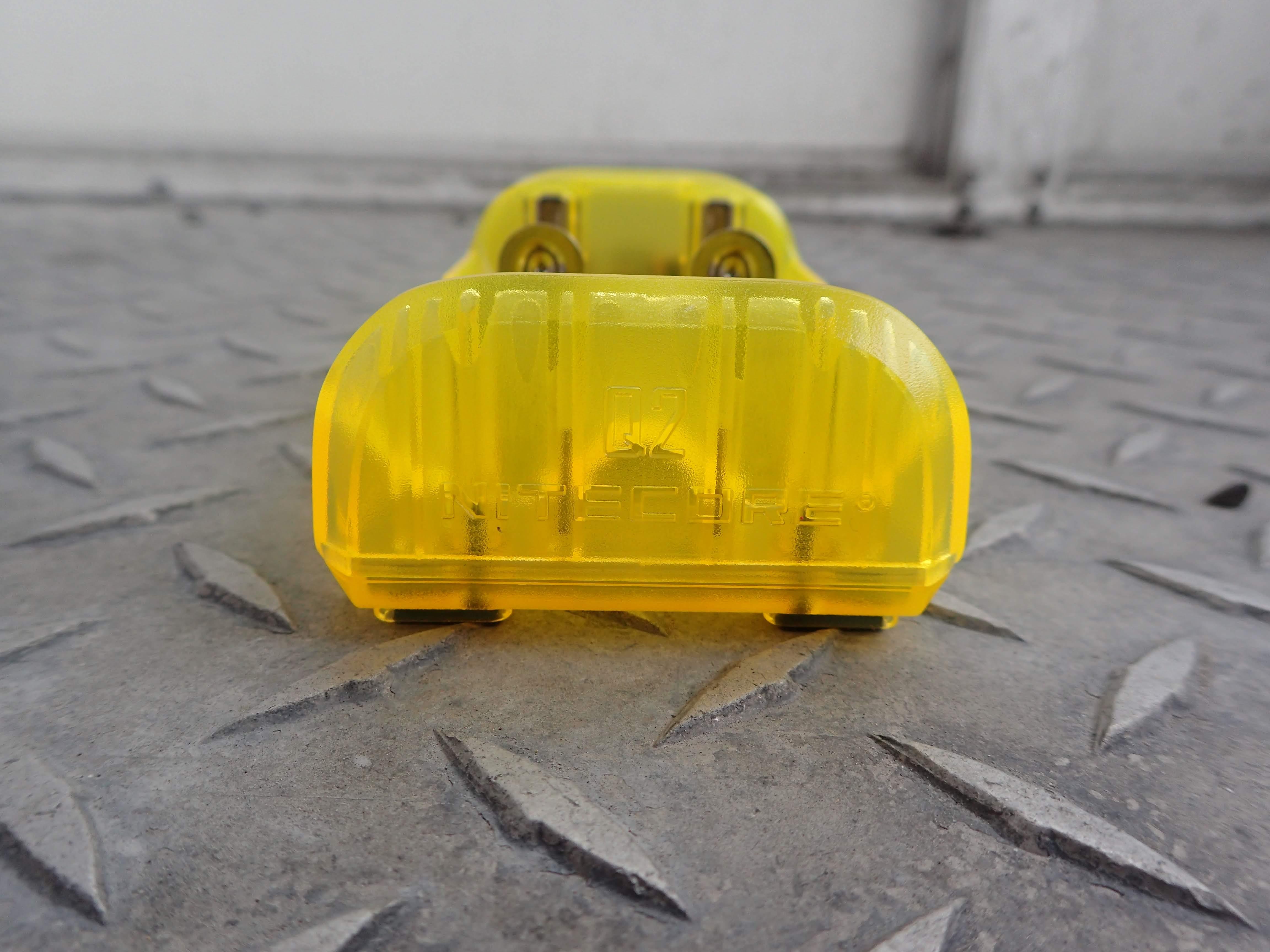 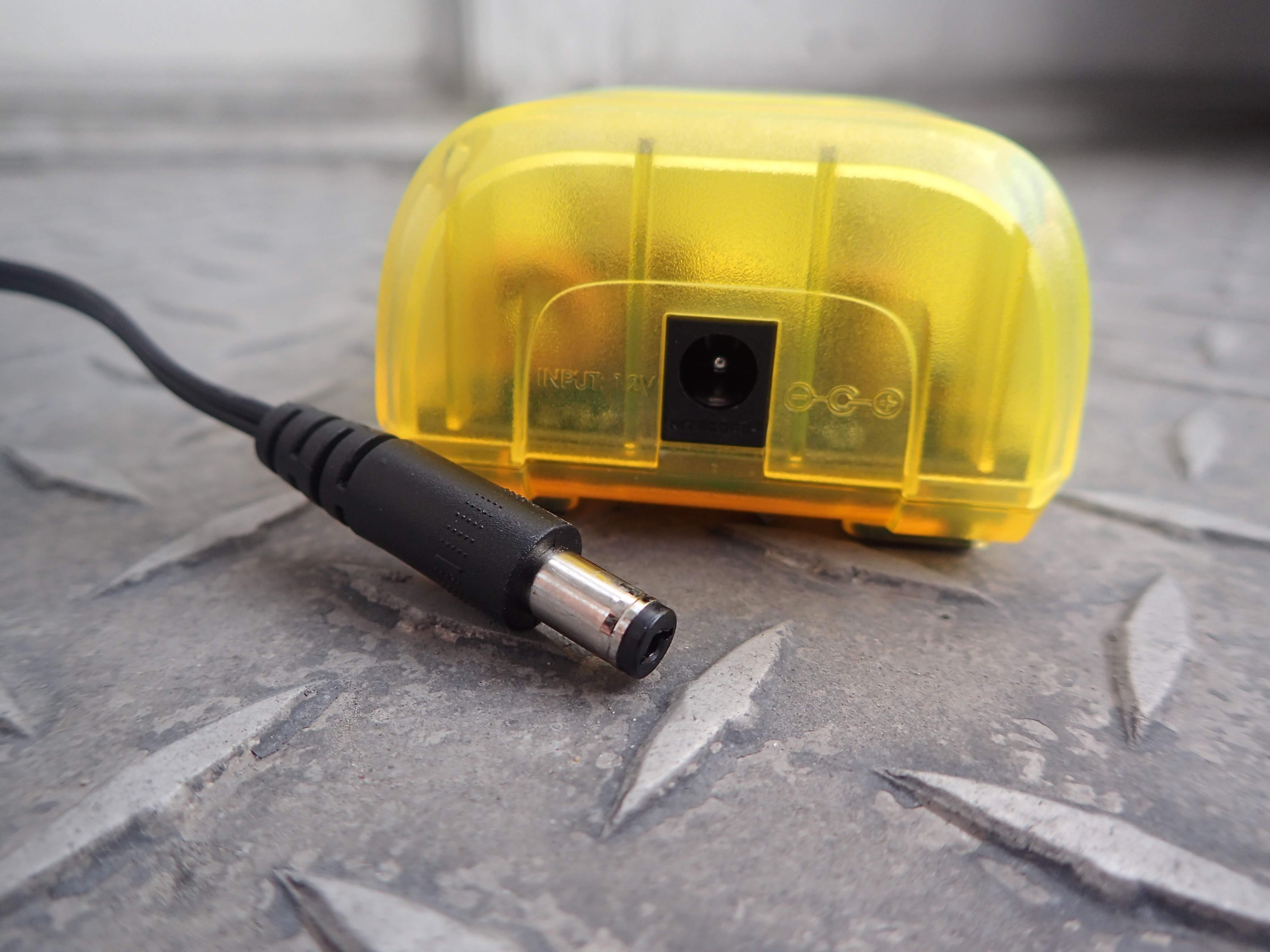 The base of the charger is equipped with 4 rubber feet to stop it from sliding around. There’s also all the relevant information about supported cell chemistry and input/output parameters of the charger, along with the usual regulatory markings. 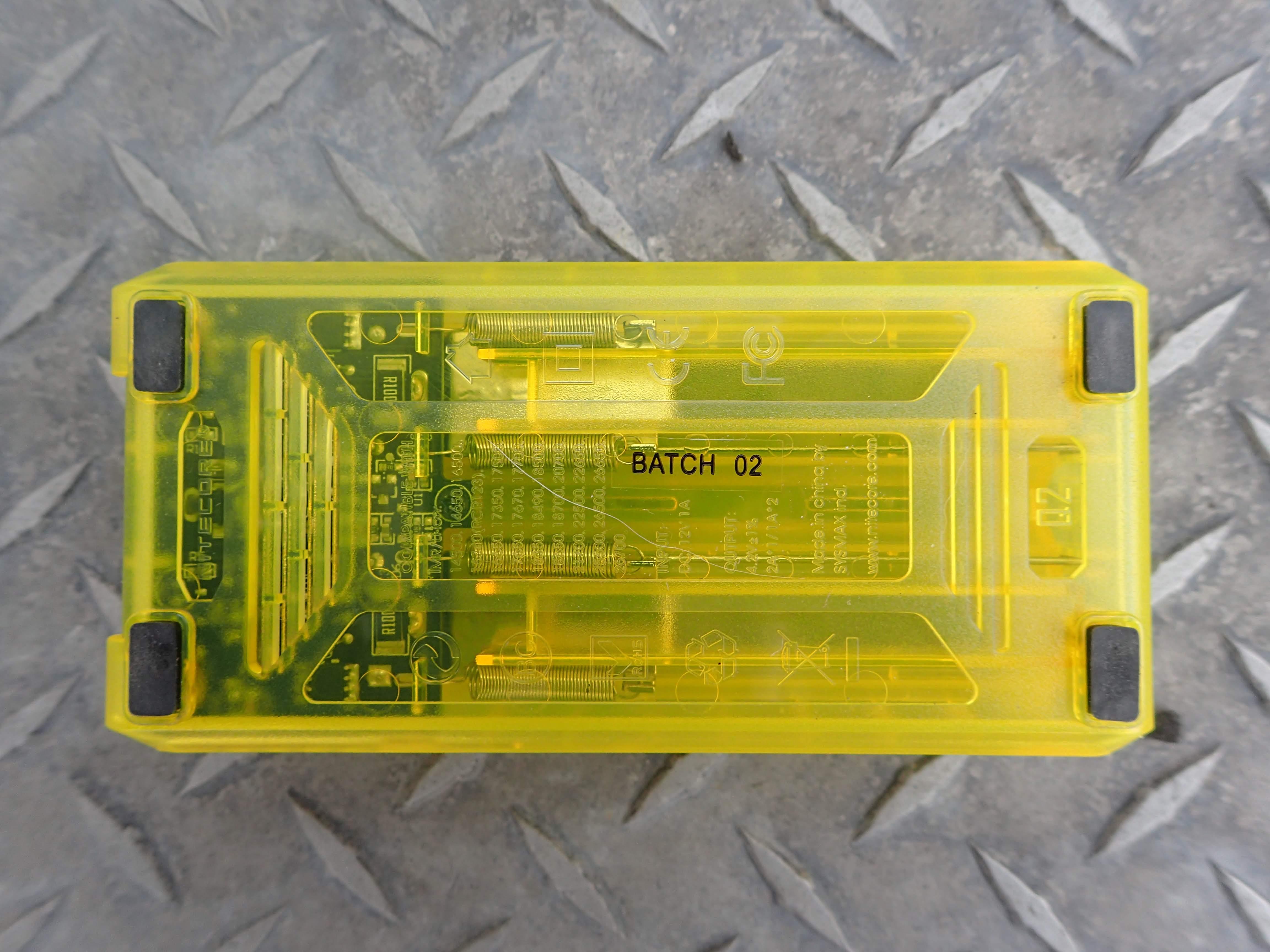 As I’ve said, this is an extremely simple charger. There are no buttons or menus to fiddle with. To start charging a cell, toss it in the left bay. To start charging a cell faster, charge it in the right bay instead. To start charging two cells, fill both bays at once. In any case, the LED at the top of the bay will turn red to indicate the cell is now charging. If you’ve somehow managed to mess this part up and stuck a cell in backwards, or tossed in a roll of pennies instead, the red LED will instead flash urgently to get your attention (Not recommended). Once the charging is complete, the LED switches from red to green. 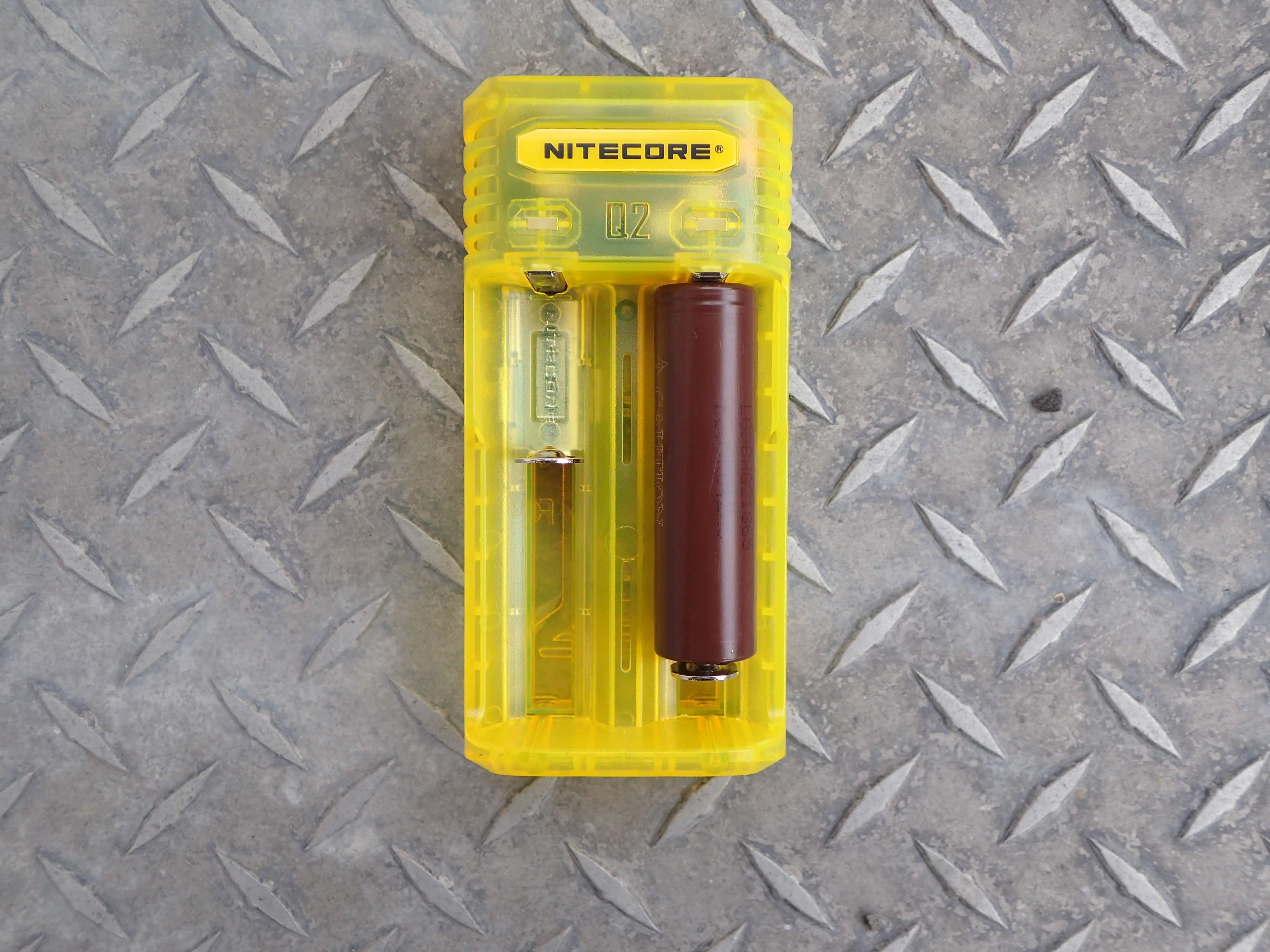 The charger is even smart enough to detect if a cell is inserted in the wrong direction. When charging at 2 A, there’s some warmth in the top right of the charger, but at no point in time did any part get hot.