GearBest sent me the H03 RC to review. The Skilhunt H03 has become a fan favorite since it’s a very compact right angle 18650 light with a magnetic tail and a pocket clip, and the sale prices it’s available at from time to time make it too good to pass up. The ‘RC’ suffix indicates that this new model adds built in charging to a light that’s already a great option, with a slight boost in cost to match. 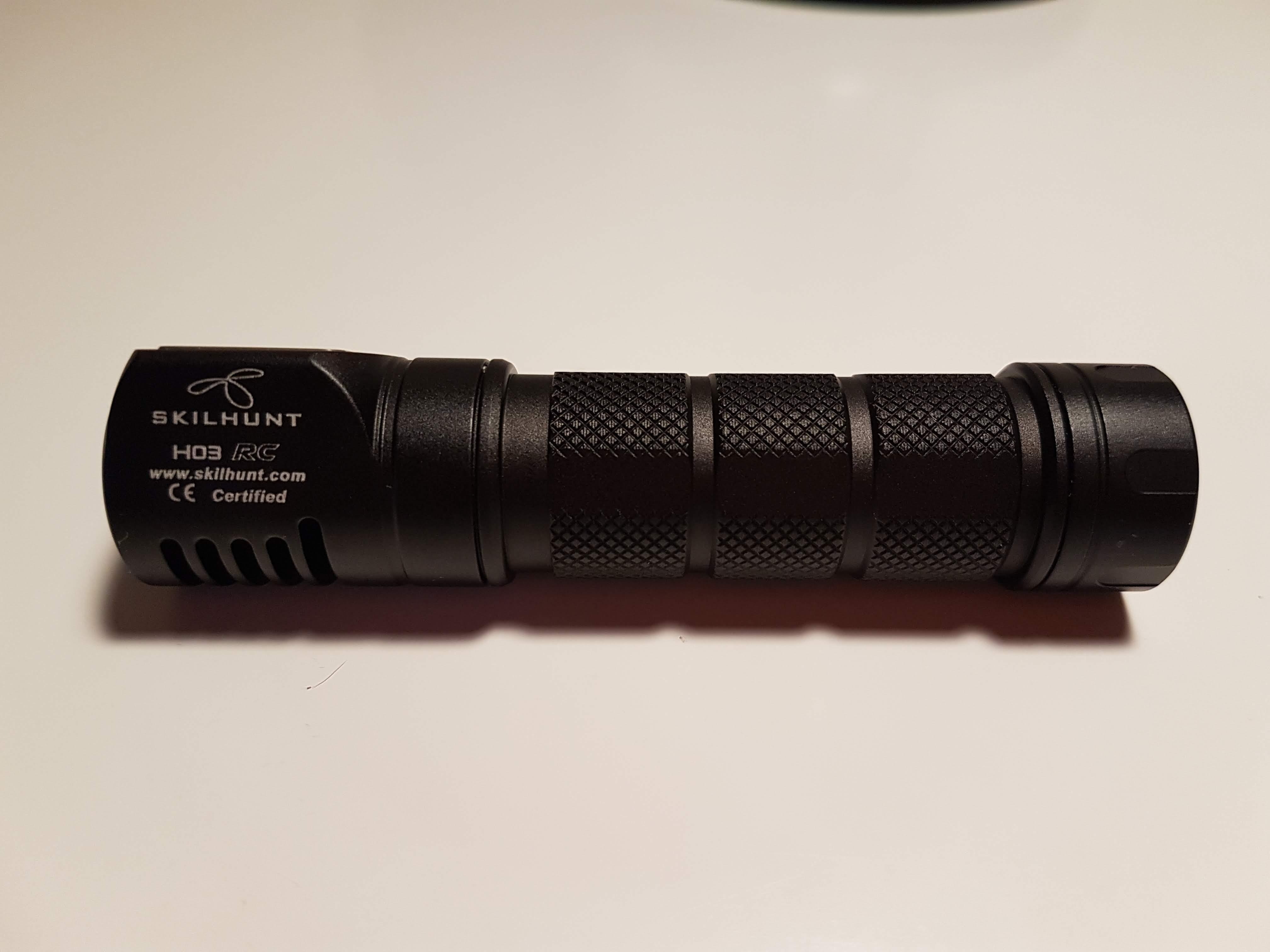 Here is a tracking link where you can purchase the Skilhunt H03 RC. Skilhunt also offers the H03, which is still available on GearBest. Careful of the letters, as they all mean something - both the RC and the non-charging versions have the following variations available:

I was already a huge fan of the Skilhunt H03, and this newer RC model takes an already great light and adds built in charging to it. It’s a compact right angle light that works great as a pocket EDC, or as a headlamp. The beam is even with a good tint, and the magnetic tail is incredibly versatile. I still find long press for off a bother, and I still wish there was a high CRI version available - but this is one of my favorite and most recommended lights.

For an 18650 light, this headlamp is incredibly compact and lightweight. The top of the head has the new magnetic charging connector, which looks to be held in place by a retaining ring. This side of the connector is magnetic, and the contacts look to be made of brass. 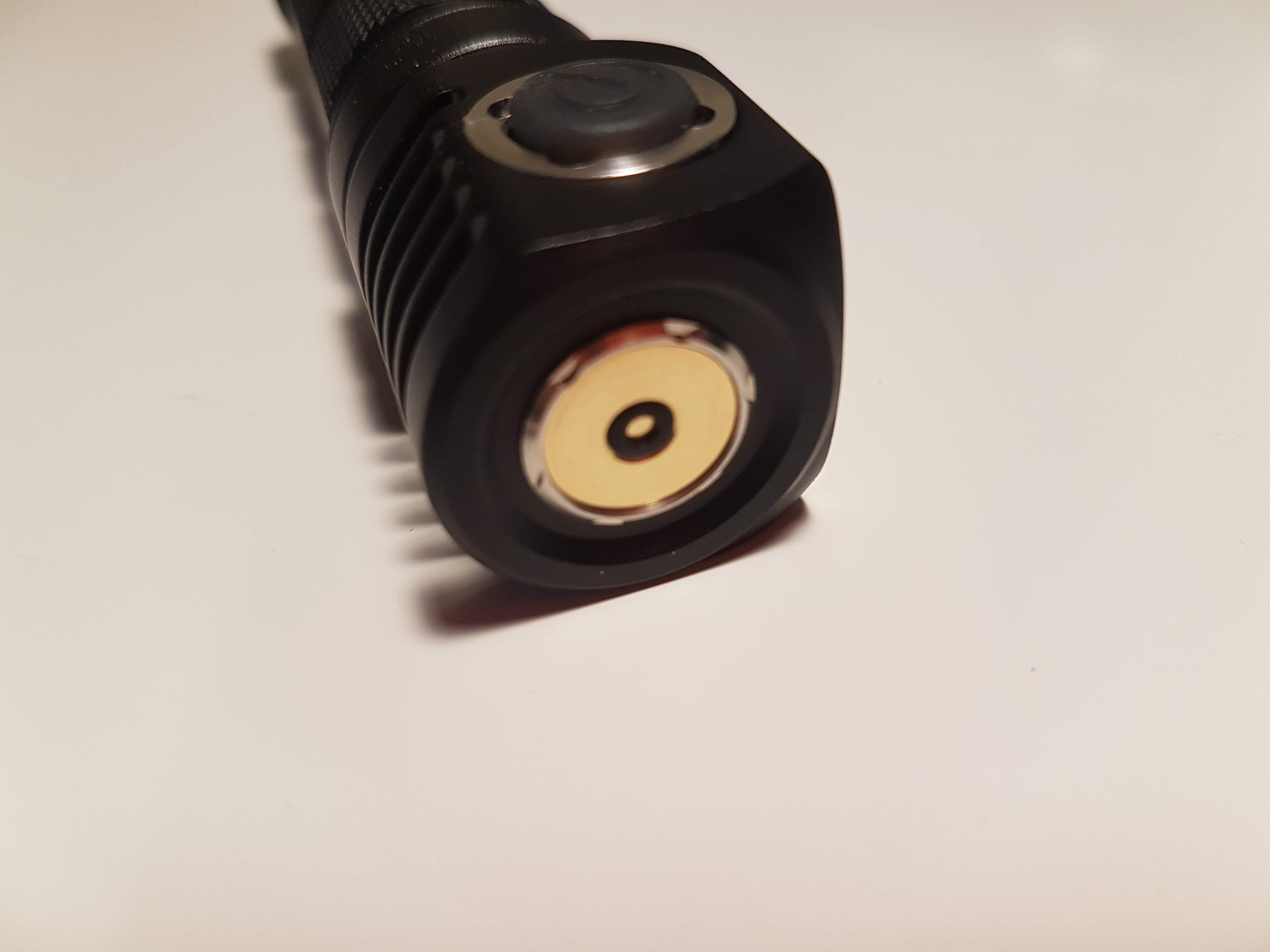 One side of the head has the backlit switch, which is held in place again with a retaining ring. There's a 'power' icon molded in to the button, and I don't think I've ever seen a Skilhunt light where this feature was lined up. You can also see the deep cooling fins cut into the back of the head. 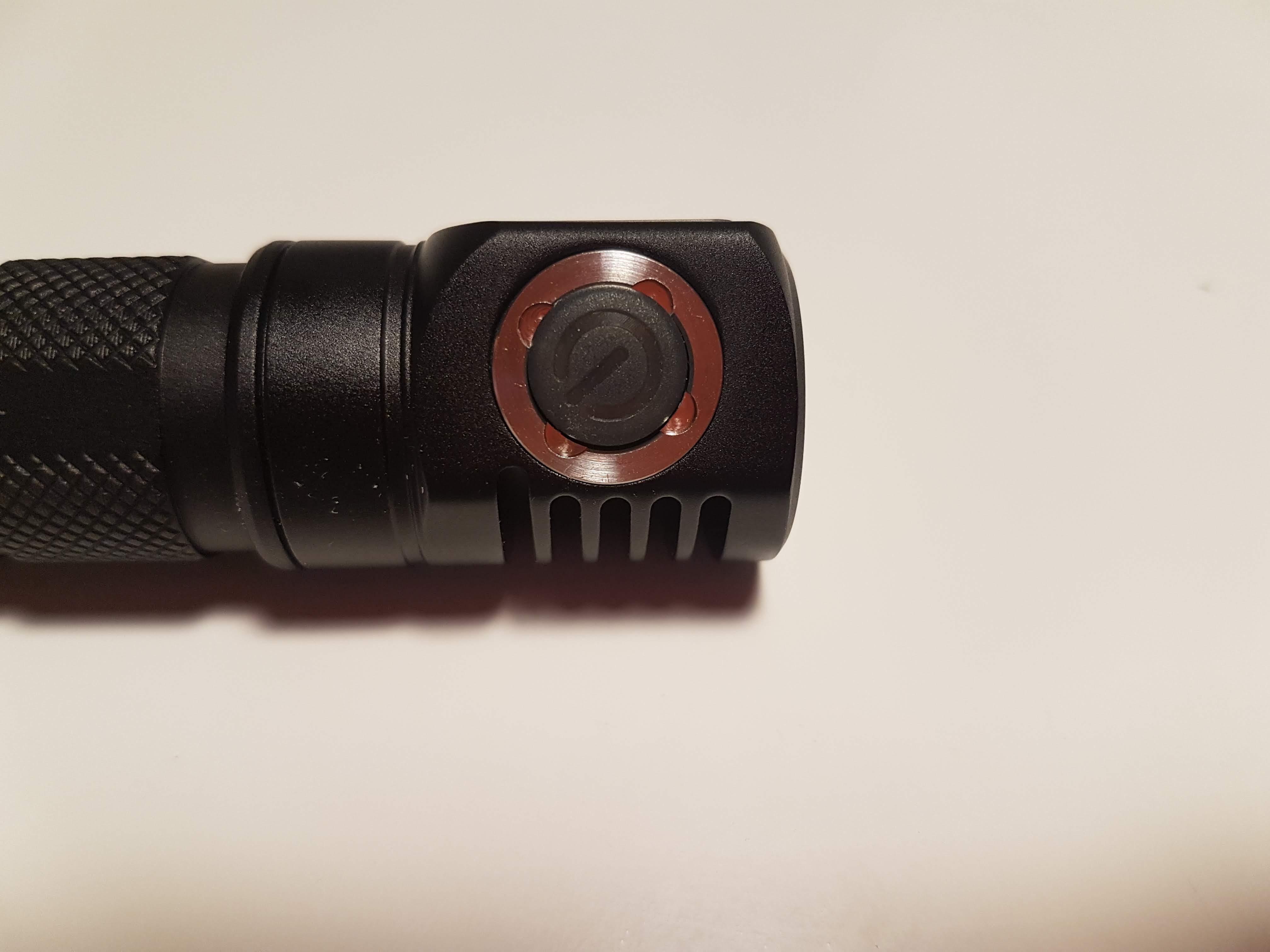 The opposite side of the head is bare, except for the product name and some other information. It's notable that this is the only branding or text on the entire light. 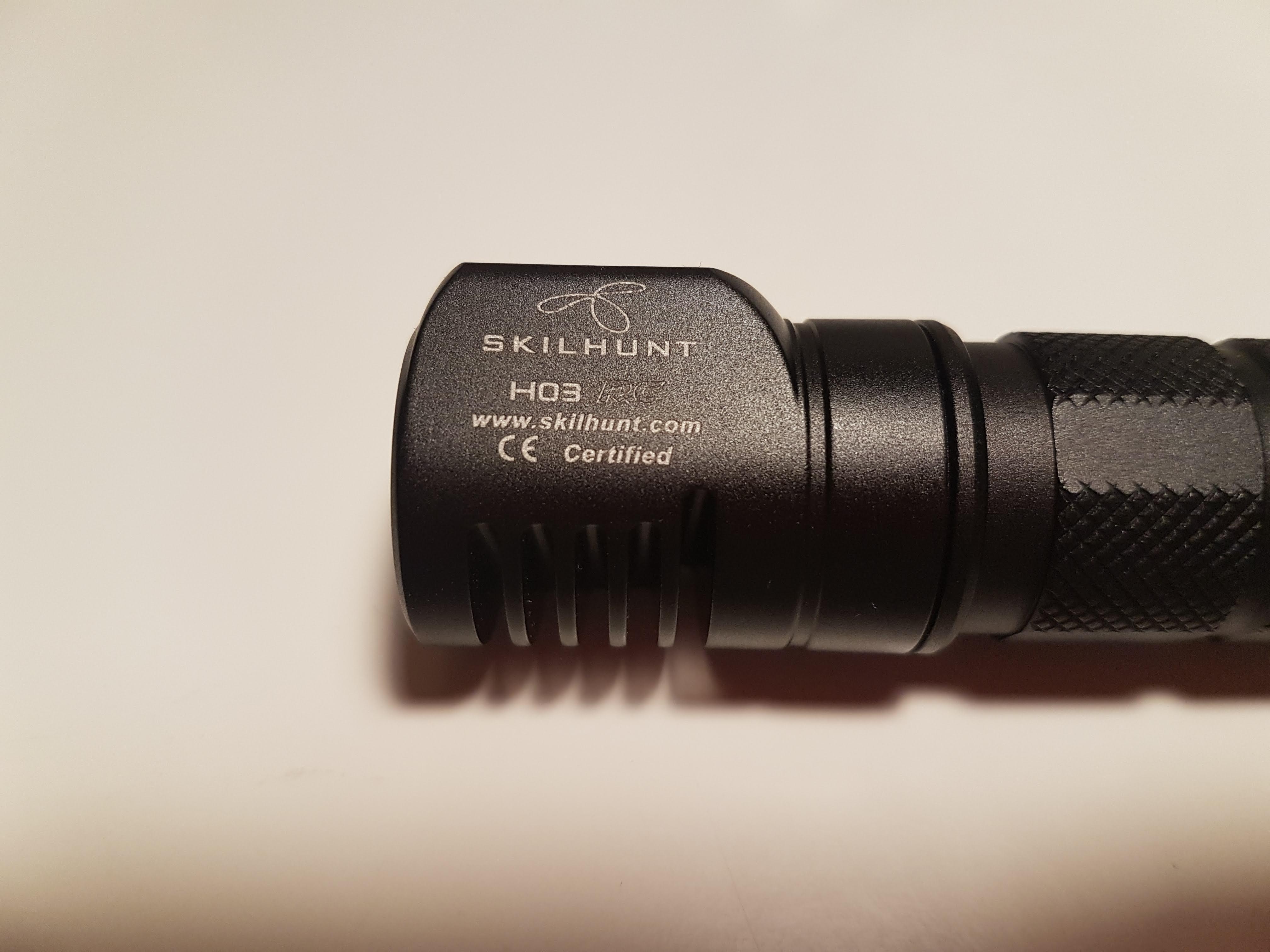 On the front of the head is the dimpled TIR lens, held in place by a metal bezel with 4 Torx screws. If you're looking for a throwier headlamp, Skilhunt also makes the H03R RC, which is the exact same headlamp with a reflector in place of the TIR. 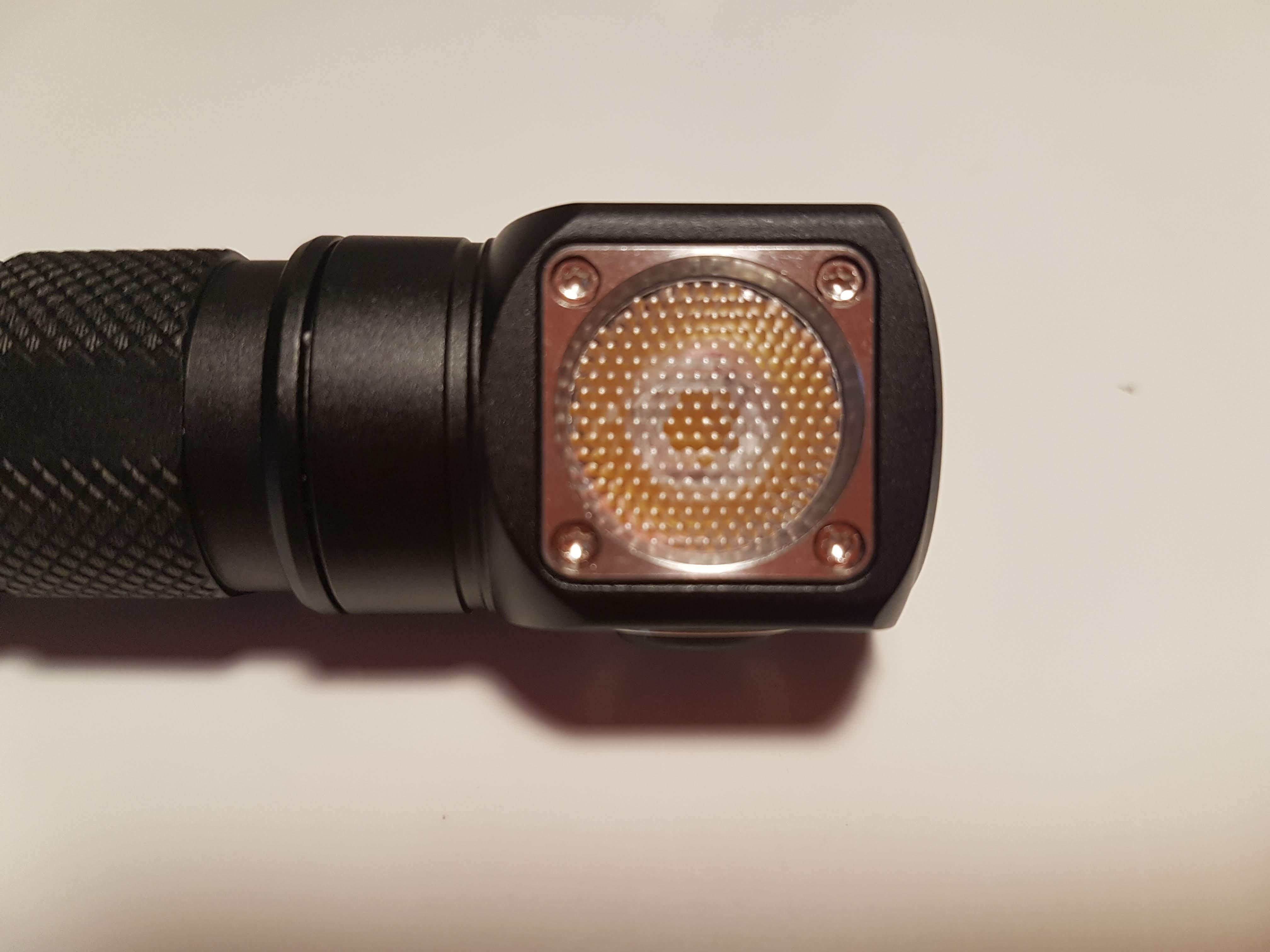 Just below the head is the body tube. This is knurled with flat diamond knurling, with a few ribs cut out for added grip. There are 4 flats cut into the body tube, which line up nicely with the sides of the light. 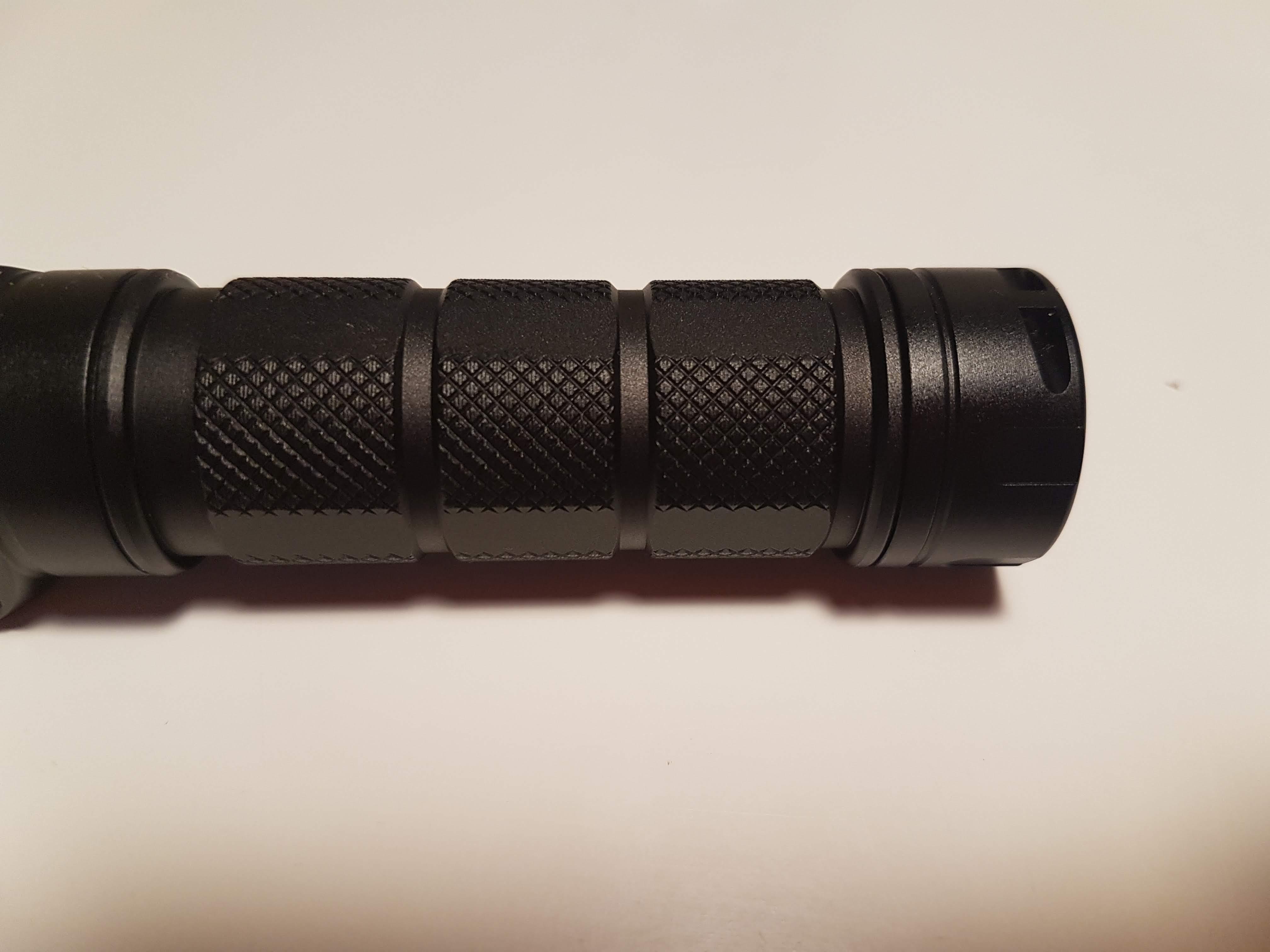 Inside the tailcap, we can see the small removable spring, and the magnet held behind it. The threads here are fine but square cut and smooth. The threads are also anodized, which means physical lockout is possible with a small twist of the tailcap. The inside of the body tube has a sticker indicating proper cell polarity. The light has a spring at the head of the body tube. 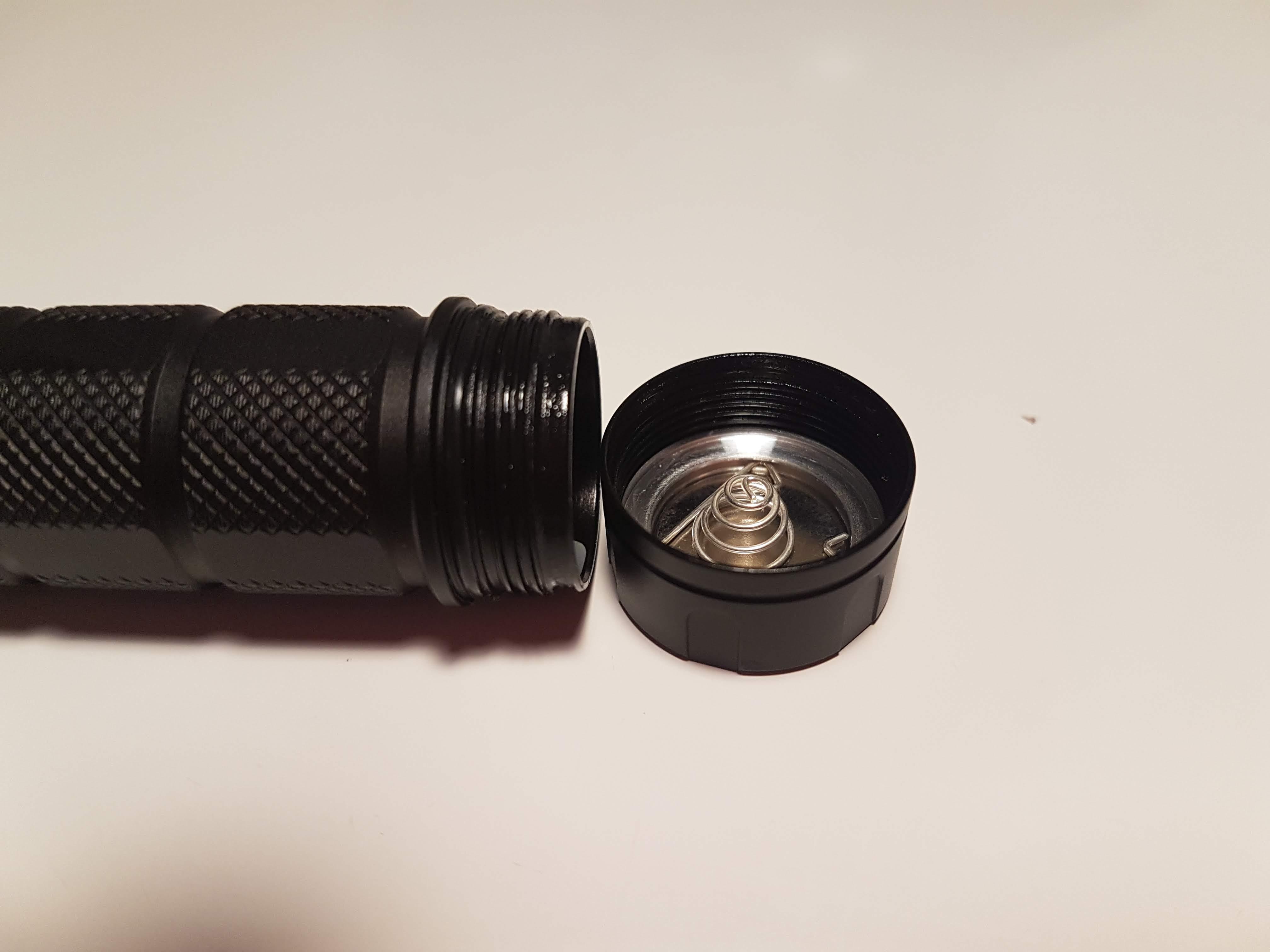 In addition to the light itself, Skilhunt includes a lanyard, a pocket clip, the headband, spare o-rings, some paperwork, a rubber pad, and the necessary charging cable. The whole kit comes in a pretty nice package. The headlamp is housed in protective foam, and the rest of the contents are in a separate section of the box. Skilhunt does not ship their headbands pre-assembled. It's not rocket science to put it together, and you only have to do it once - but it can definitely be a bit frustrating. 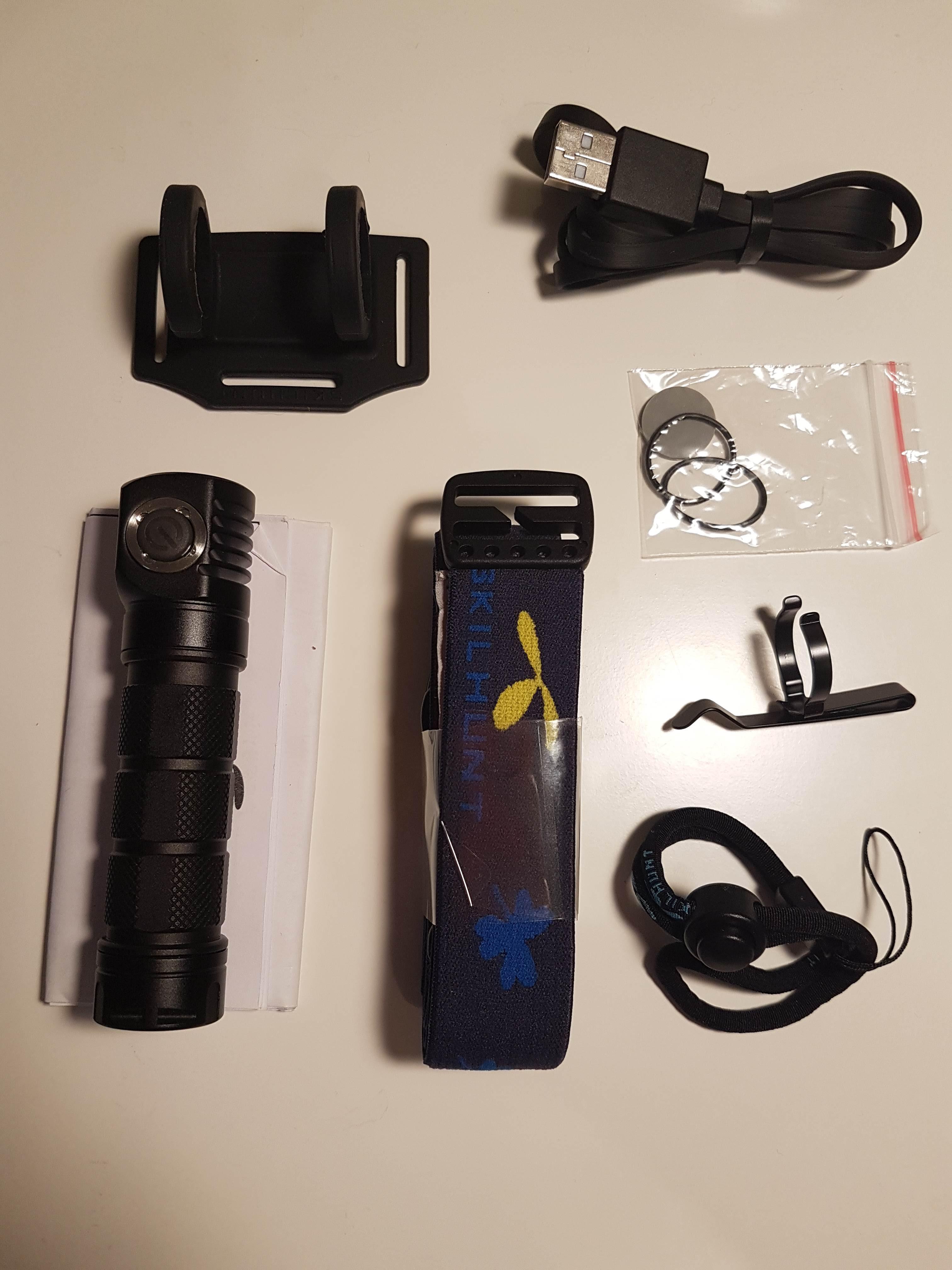 The rubber pad is meant to replace the space that the magnet in the tail takes up if you choose to remove it.

As I've already said, this headlamp is tiny. It disappears pretty easily into a pocket. The included clip does a good job of holding the light in place, and sits pretty deep. There is only one spot on the light where the clip will fit, just below the head in the wider groove. I often carry right angle lights like this without the headband, and clipping it to a belt or chest pocket is a great way to see what I'm doing while keeping my hands free. I've even used the original H03 held in this way to shovel a car out of a snowbank.
The tailcap has a single lanyard attachment hole. The hole is designed to hold the lanyard off the side of the tail, so it won't affect tail standing. I don't usually use lanyards on smaller lights like this, but it's there if you need it.
The magnet on the light is strong enough to hold the light vertically and horizontally on some surfaces, but it could be stronger in my opinion - when the light is stuck to a thinner piece of metal horizontally, it's a bit too easy to accidentally knock loose. As long as there's a decent chunk of metal nearby, this is another way to keep your hands free while you're trying to work in a dark or dimly lit place.
Being a headlamp, this light also includes a head strap. This is a pretty tried and true three-strap design, with a silicone holder for the light. I find it comfortable to use, and the silicone holder gives the light all the angles you could possibly want to hold it in. The headband does not easily work when the clip is installed, which is too bad.

The light has 4 modes, each with 2 sub-levels. From off, a long press will take you to the lowest mode, a single press will take you to the last used mode, and a double press will bring you to the brightest mode.
Once the light is turned on, a single press cycles the light through the modes. A long press will turn the light off, and a double press will switch between the current mode's two sub-levels. If you can live with only having 4 modes, this UI is pretty good. If you're like me and you like to fine tune the outputs, it can get a bit difficult to remember if a double press will make the light slightly brighter or slightly dimmer. It's also not ideal to have to long press to turn the light off - something a lot of manufacturers seem to do.
There are a few special modes available as well. From off, if you long press and continue holding down the button after activating moonlight, the light will go into lockout mode and won't turn on until pressed for a long time again. This is particularly useful since the switch is proud and can easily be activated in a pocket. In lockout mode, the side switch serves as a location beacon and flashes. A single press deactivates this flash.
When the light is either on or off, 3 taps will get strobe mode. There are three sub-levels of strobe, which are cycles with double presses.

The TIR in this light produces one of my favourite beams. It's very floody, and doesn't shine very far at all - but the tint is even, and it's perfect for use as a headlamp on a hike in the night. I've used this beam in place of a lantern to play cards in a tent at night, and to find the trail when the sun set a bit too quickly in the backcountry. It really is the perfect profile for a headlamp, in my opinion.
The emitter used is an XML-2. I have the neutral white model, but a cooler temperature is also available. It would be nice to see Skilhunt offer an emitter with high CRI in this headlamp in the future - other than that, I can't complain about the beam at all.

This light runs off of a single 18650 cell. I tested everything from unprotected flat top cells to longer, protected button top cells without issue. The manufacturer also claims support for 2xCR123 or 2x16340 cells, but this was not tested. 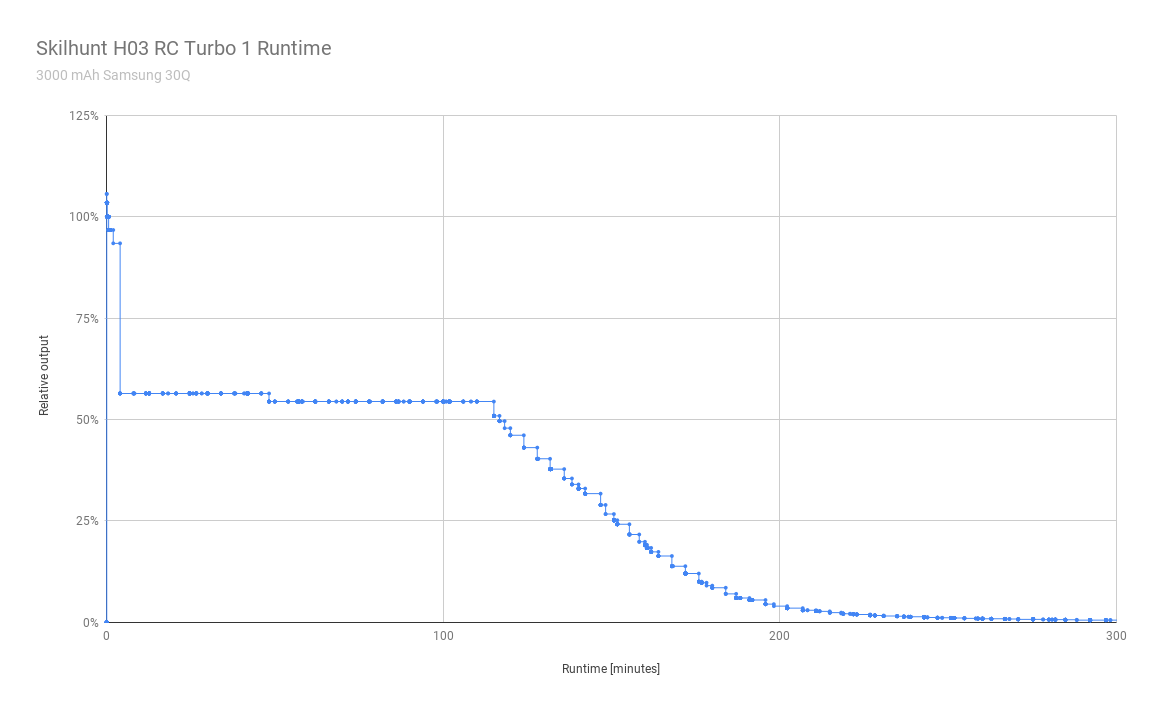 The runtime officially ends when the output is less than 10% of it's level at 30 seconds, which happens around 176 minutes in this test. You can see a pretty steep step down at 4 minutes, after which output holds steady at around 55% before starting to track downwards at 115 minutes. Even after I stopped the test, the light continued to glow very dimly for a few hours.

When charging, the light in the charging cable is red. Once fully charged, it switches to blue.
Charging is done by sticking the magnetic cable to the top of the light and plugging the other end into a USB port. As with most lights with integrated charging, this is only compatible with 18650 cells. Do not try to charge any other cell configurations inside the light.