Nitecore sent me two of their newest lights to take a look at, and their P12GTS was one of them. This was also fun because it’s not a light I asked for, it just showed up in the mailbox one day. The light is a classic tube light with a forward clicky switch on the tail and an indicating side switch, and it uses an XHP35 in a smooth reflector. 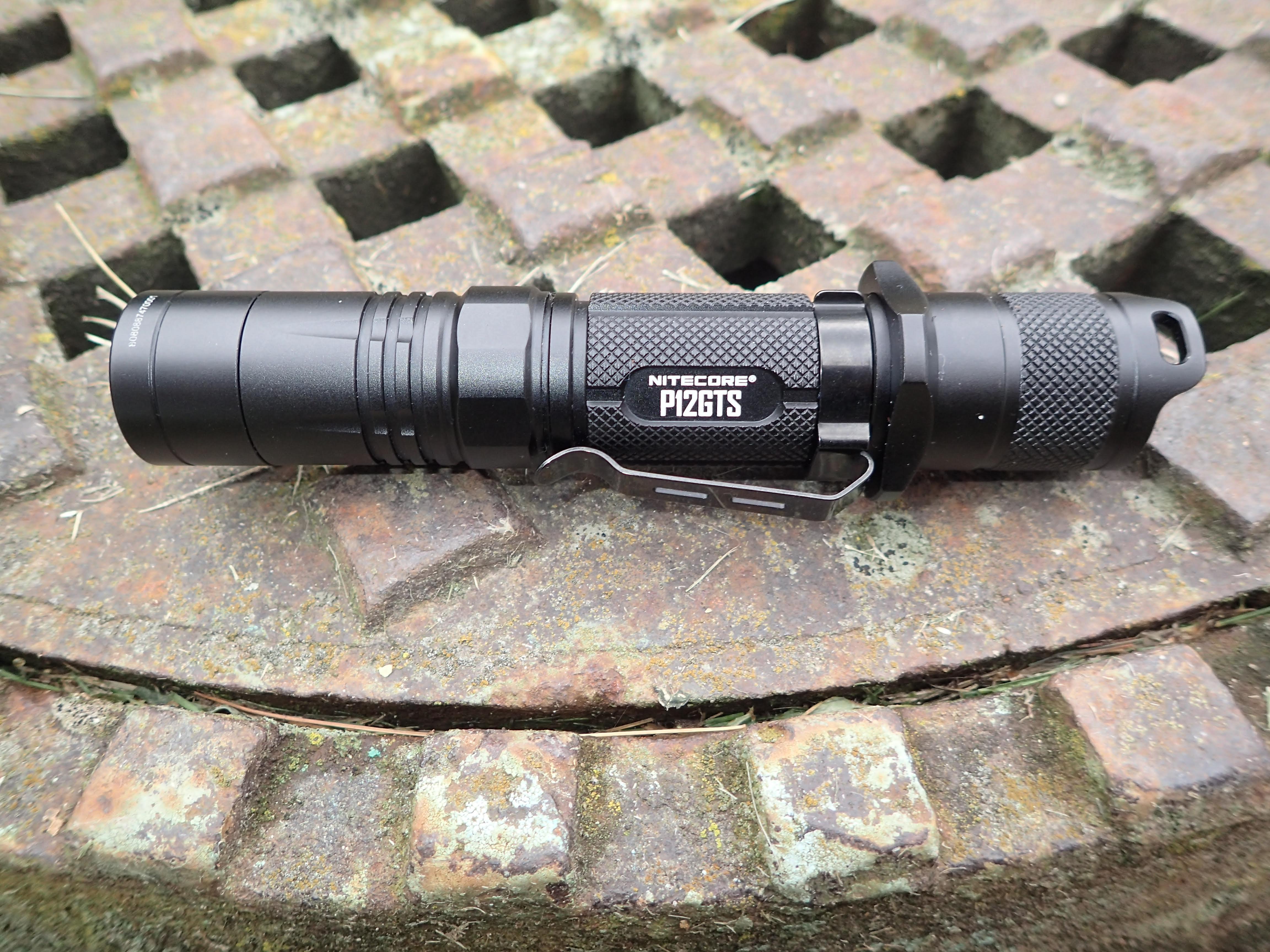 This dual switch tube light form factor is extremely common. I’ve never seen the real appeal of it until using this light. Momentary access to the last used mode is very handy, and the UI has a few really nice touche that make the light awesome. I’m happy with the beam, and the output from a light this compact is great. If you’re in the market for a dual-switch light, there aren’t any serious drawbacks that would make me hesitate to suggest this one.

This is my first light from Nitecore, and the build quality on the outside looks great. The body is a bit busy, with all sorts of knurled sections, smooth sections, cooling ribs, an anti-roll section, the tactical grip ring, the switch groove, and some other details - but it all seems to go together really well. This style seems to be characteristic of what Nitecore likes to do with their lights, and I like that each design element is functional. I will note that the light is a bit longer than I would think necessary - the longest of all the tube lights I currently own. 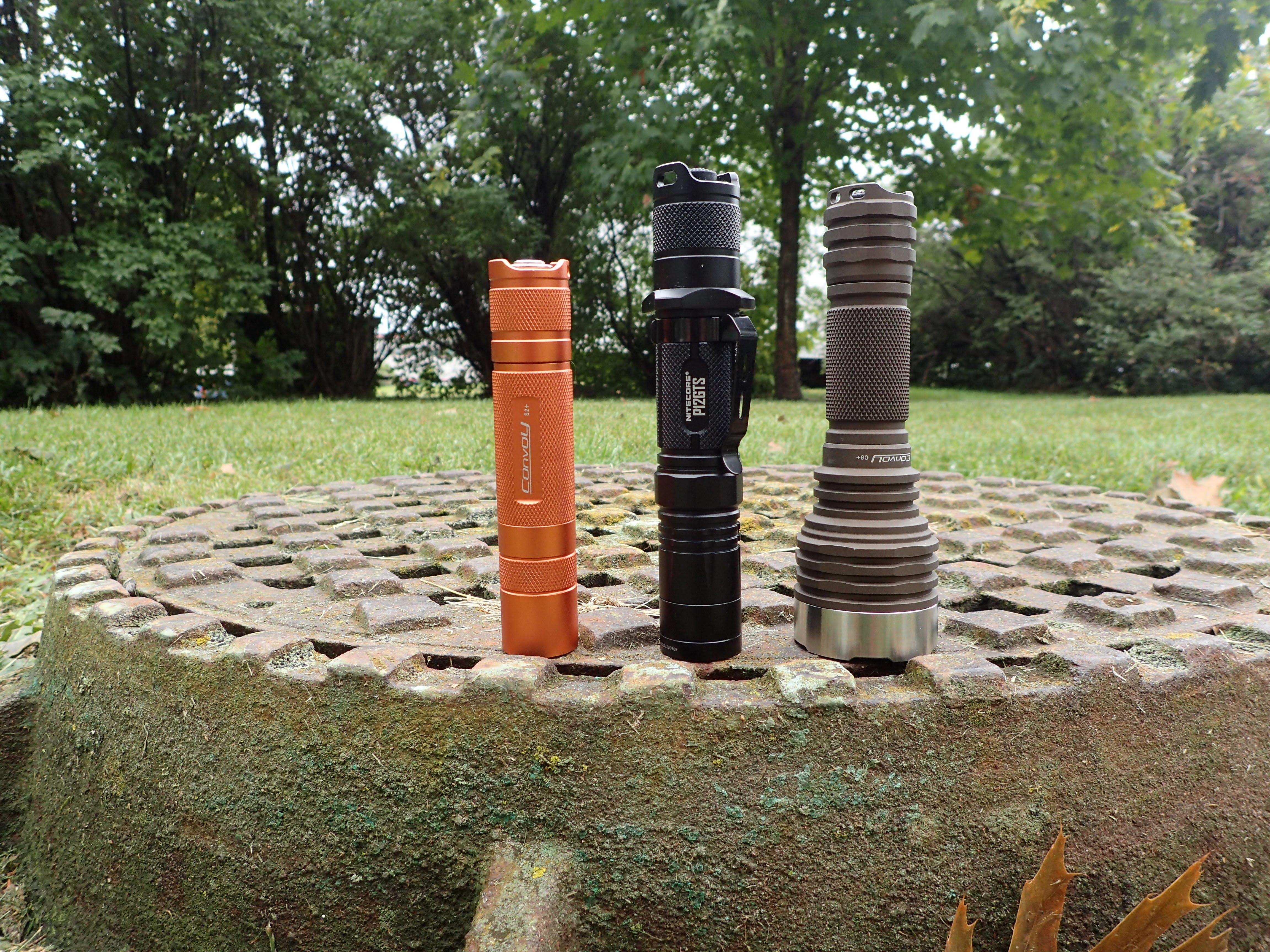 The head of the light has a smooth bezel, making it friendly for pocket carry. There’s a ‘HOT’ label etched into the light, and I appreciate that they took the time to make this label line up with the button. The opposite side has a serial number etched into the anodizing. 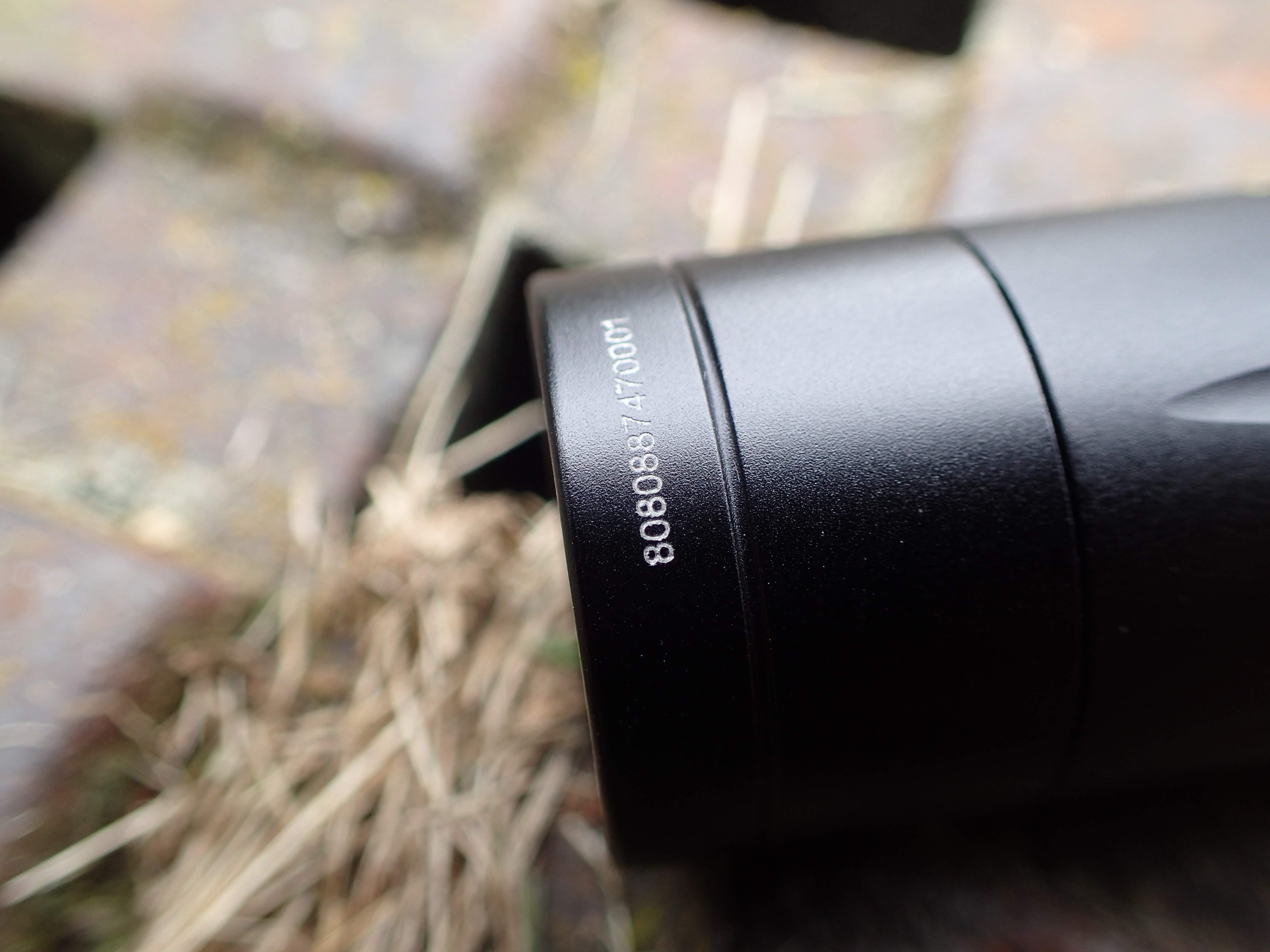 The side button on the light is pretty unique as well. It’s a metal button, with a clear ring around it that lets the blue indicating LED shine through. The ring illuminates evenly when lit. The button has a great click to it, and feels very responsive. Just below the button, there’s a slightly wider section of the light with 6 flat sides cut into it. This doesn’t add much girth, but is enough to stop the light from rolling when it’s placed on a table without the grip ring installed. 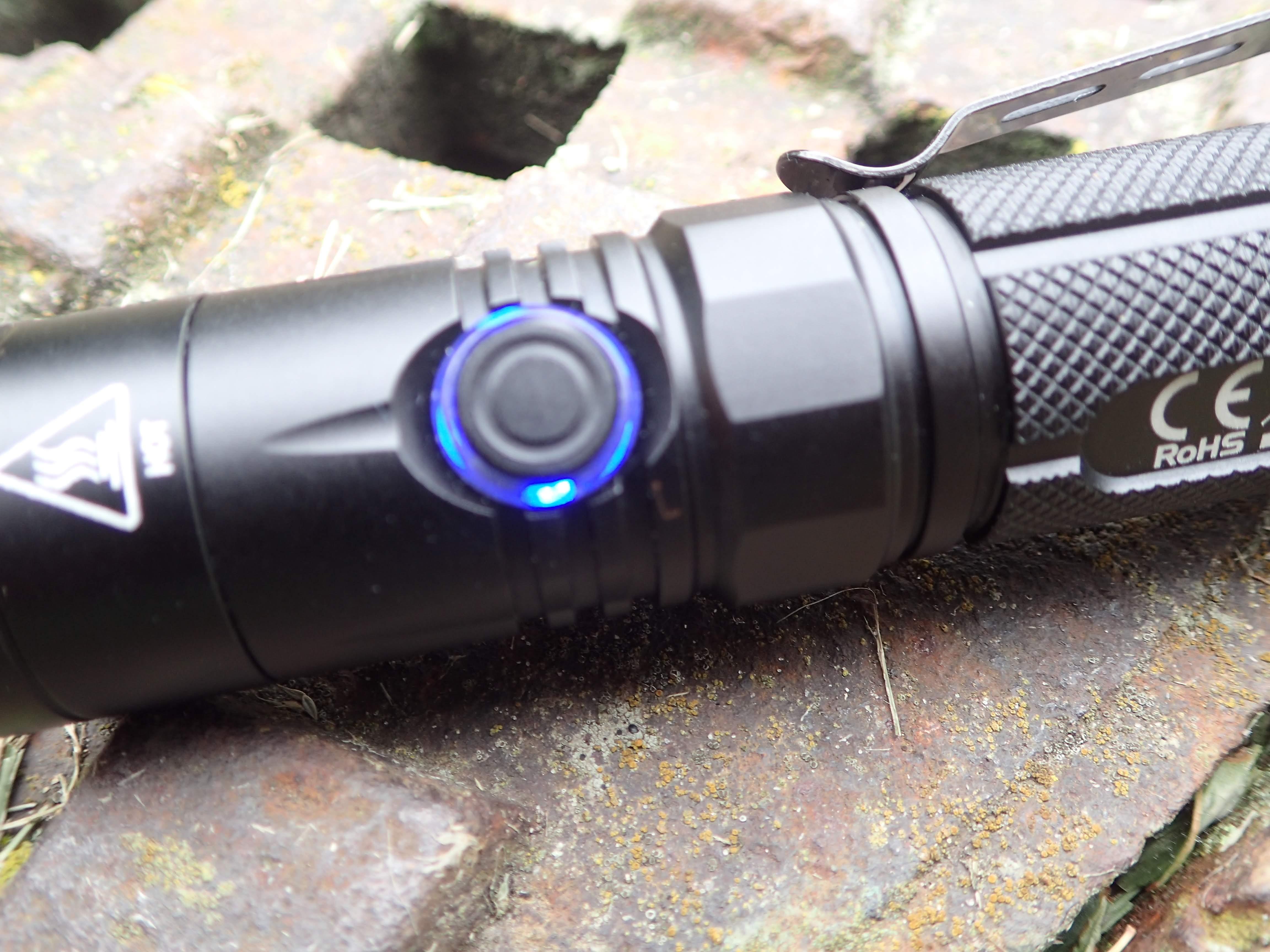 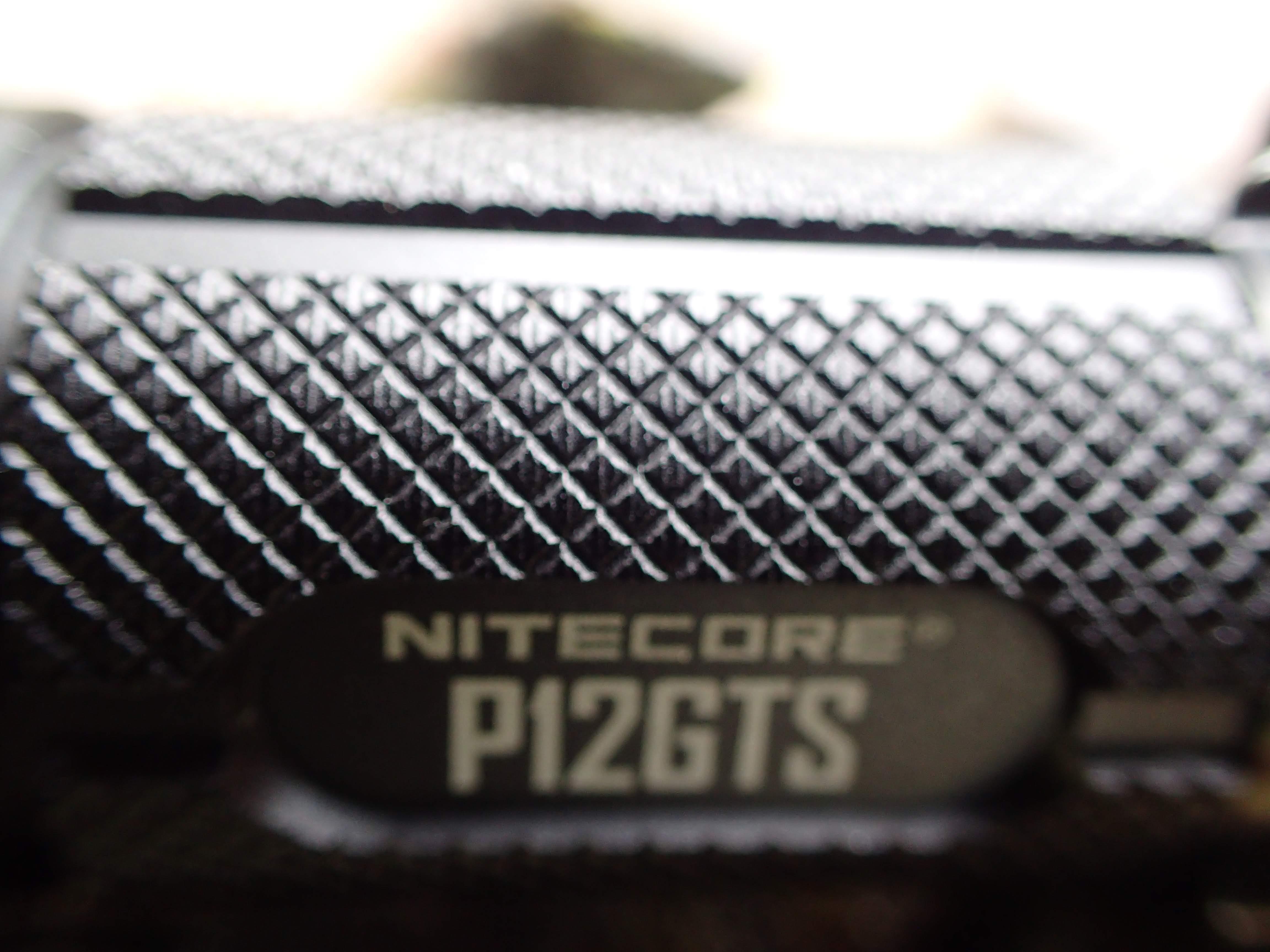 Towards the tail of the light, there’s a friction fit pocket clip. This clip has a good hold on the body of the light. There’s a small gap between the mouth of the clip and the light body, which helps it slide over a pocket easily. This also means the hold the clip has on fabric, especially thinner fabric, may not be as tight as some others, although I had no issues in my use. The clip does not carry very deep, leaving just over 4 cm of the tail exposed from a pocket. 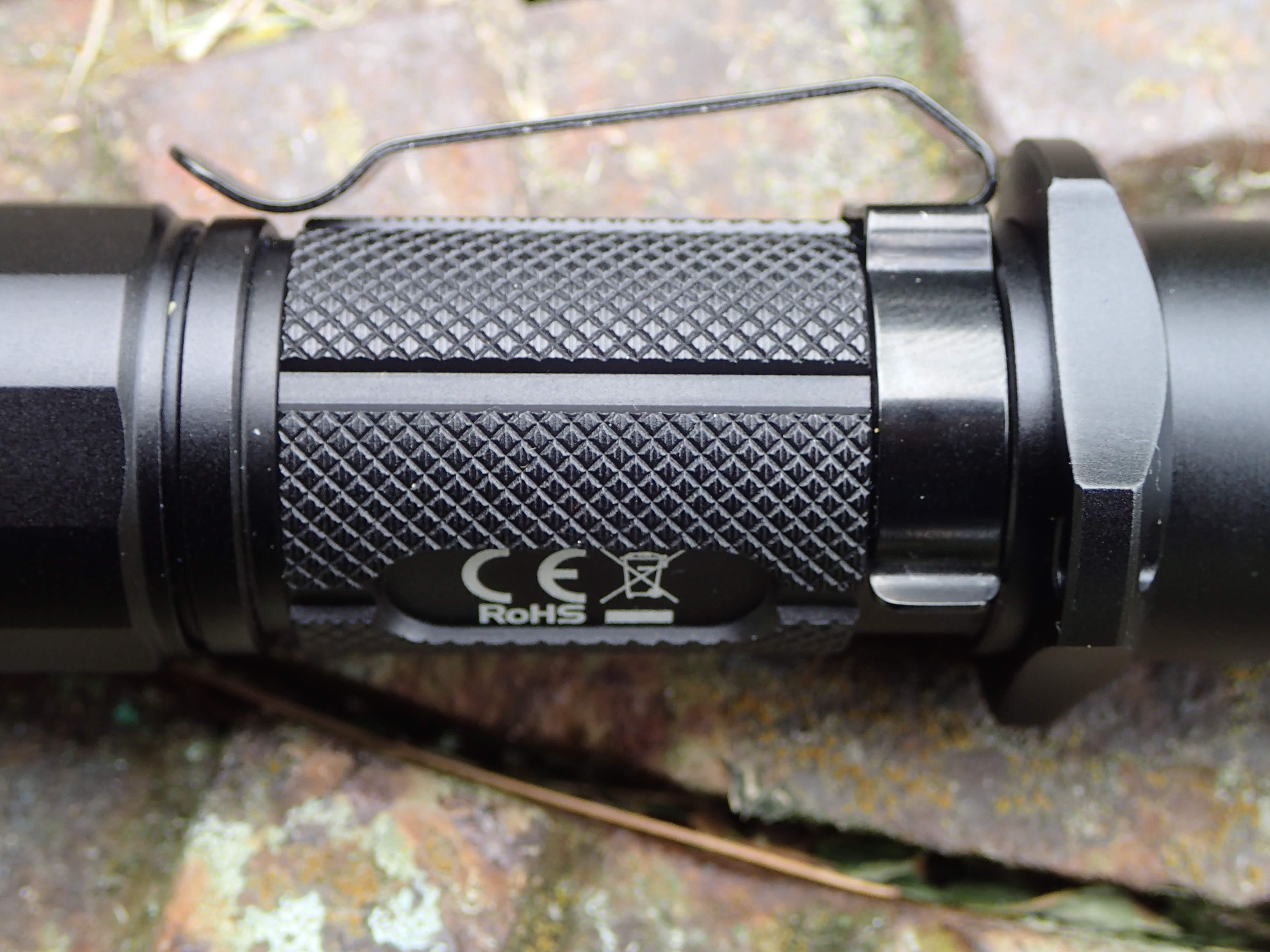 Past the pocket clip, there’s a threaded metal grip ring. This is designed to help make activation of the tail switch easier. This ring also adds additional anti-rolling points to the light, and helps you keep a solid grip on the body during use. I like this ring during use, but I find it adds a bit too much bulk for daily pocket carry. The ring can be removed, although doing so leaves the threads exposed. The grip ring also has a hole that can function as a lanyard attachment point on one of the four lobes.

The tail houses a forward clicky switch, which is flanked by two ‘ears’. These allow the light to tail stand, but the large cut outs for better access to the switch mean that it is not very stable on its end. 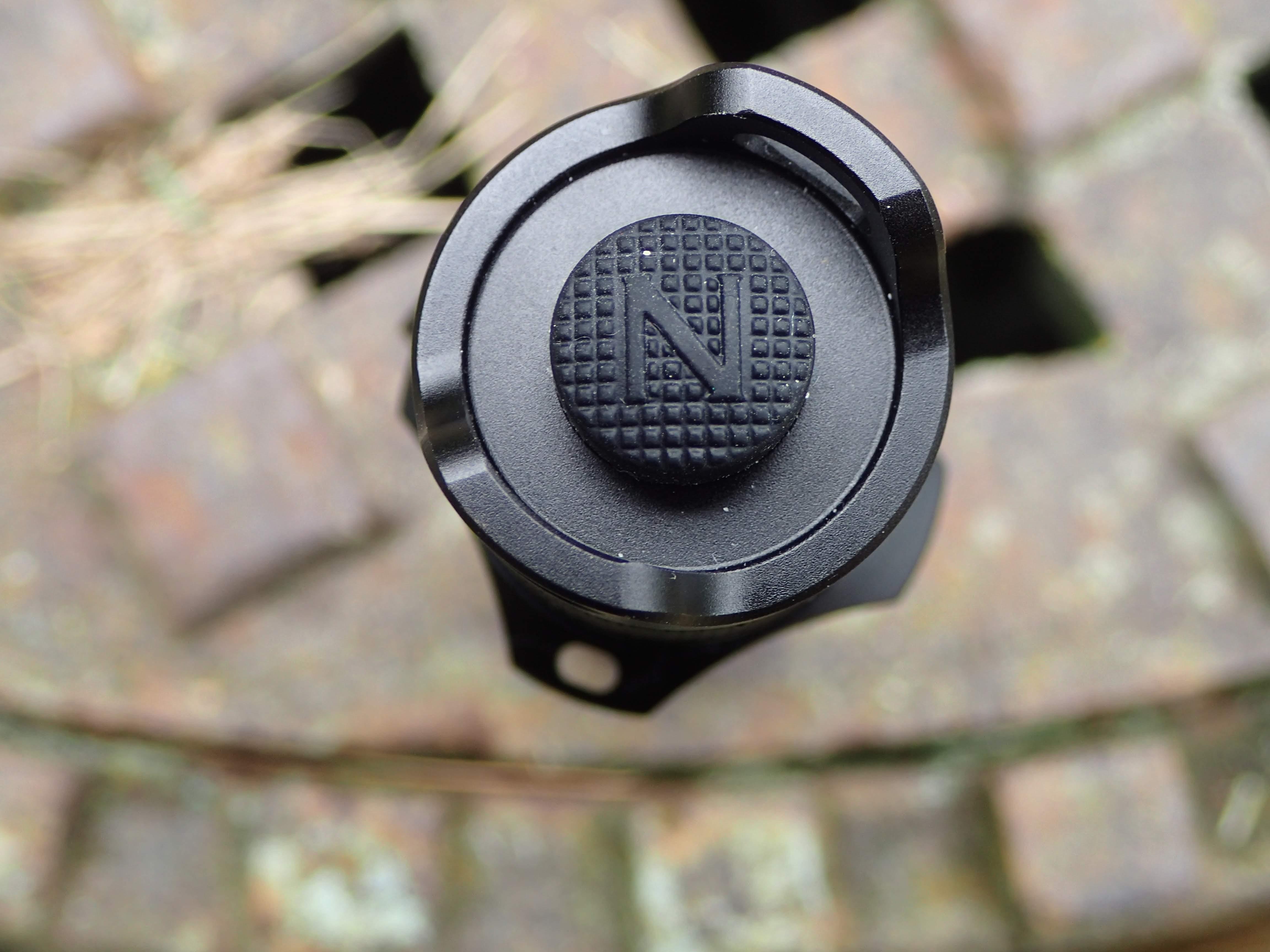 The tail cap has large, smooth square cut threads. These are not anodized, because the light actually uses a dual tube design. This is commonly done to enable functionality while the tail switch is ‘off’. Even though these threads are not anodized, a slight turn of the tail will mechanically lock out the tail switch of the light. There may still be some slight phantom drain over time, but it won’t be possible for the light to turn on. I asked Nitecore about the dual tube design, and they said another benefit of this was added rigidity. 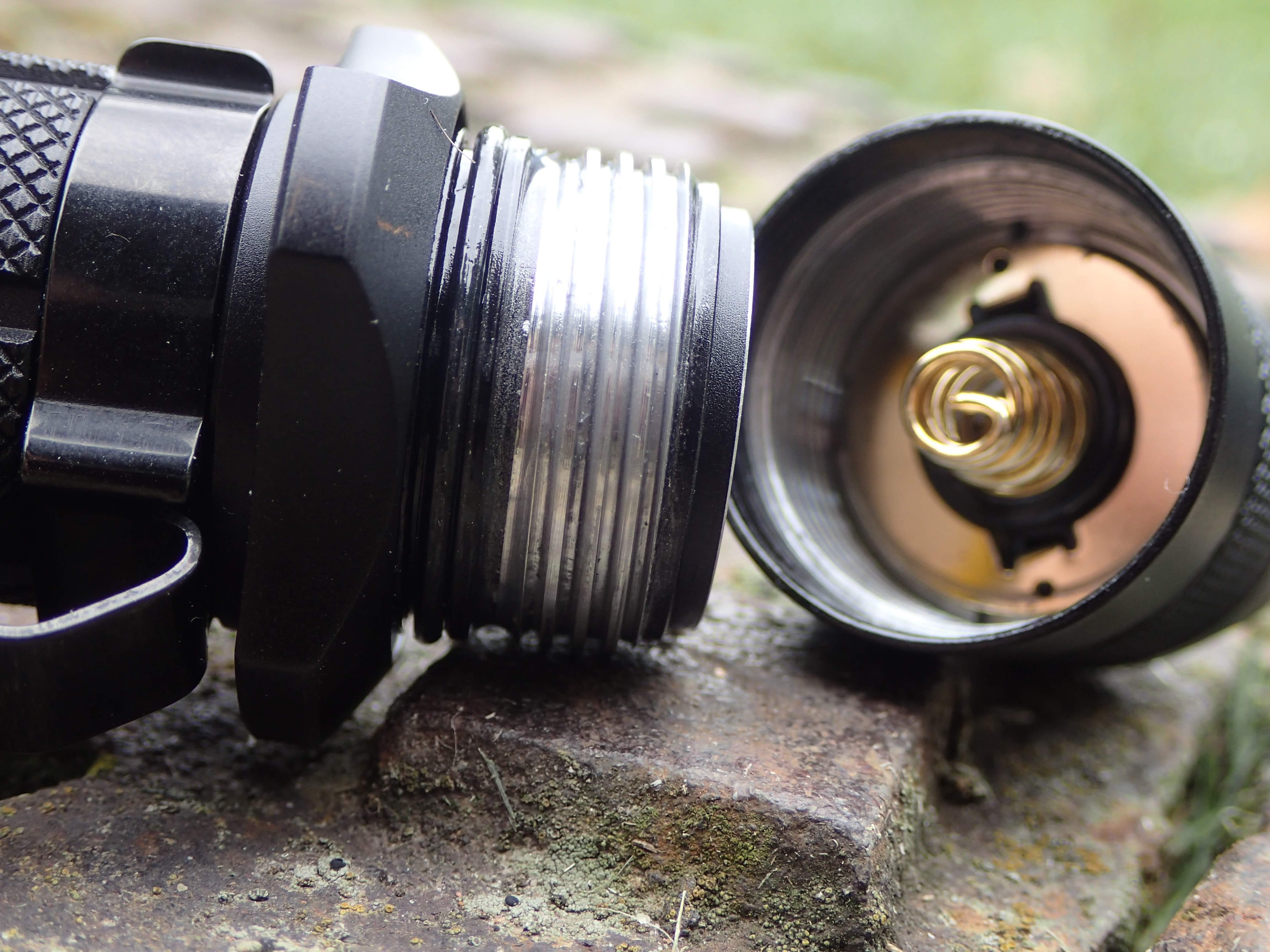 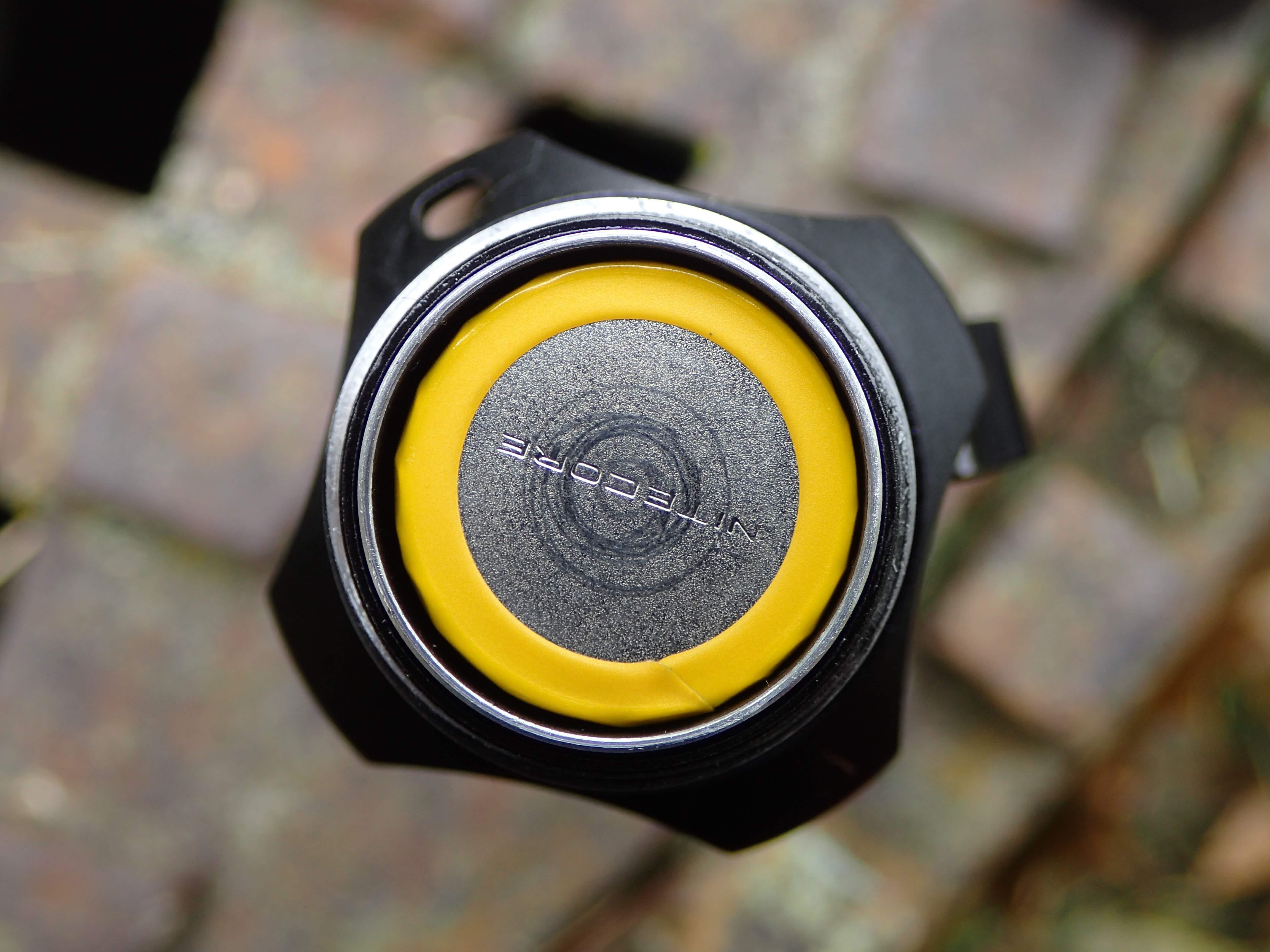 Nitecore sent this light as an early sample, so there was no packaging included with it. The package they sent included the light itself, a cell for testing, a lanyard, the grip ring (installed), the pocket clip, and a spare o-ring. The product page indicates that the retail version will ship without a cell, but will include a holster and, presumably, a package of some sorts.

This light has 5 output levels, all of which are in the main group. Like most lights with this switch setup, there is mode memory. The tail switch can be held half pressed to momentarily activate the last used mode, or depressed fully to lock the light on. When the light is on, a single press will cycle through the modes. The extra features this UI adds really makes this light great to use.
In addition to the light modes, there are also two ways of indicating cell voltage. When a cell is first installed into the light, the indicating LED under the side switch blinks out the voltage. 4.1 V would make the switch blink 4 times, pause, then blink once more. The cell level can also be checked when the light is off by tapping the side button. In this instance, the charge level is shown with a series of flashes - 3 is full, 2 indicates 50% or less, 1 indicates 10% or less. I like that this feature is there, but I wish they would have used the same voltage flash that is shown when the cells are installed.
When the light is on, the side switch will start to blink when the cells are half empty, and will flash continuously if the cells are nearly depleted.

The XHP35 HD used in this light is cool white. Nitecore claims a maximum output of 1800 lumens, which is impressive for a 25 mm tube light. This emitter is not as large as the XHP50 or XHP70, which means the light is still reasonably throwy when coupled with the smooth reflector. The spot of the beam is a great, pure white. The corona and spill show a bit of tint shift, but I didn’t find this distracting in real use. Overall, I found the beam very functional.

Nitecore provided one of their own 3500 mAh NL1835HP cell for testing. I had asked for this, since I was under the impression that almost all of their products needed button top cells - but that’s not the case. This light has nice, double springs at both ends of the cell tube. These are long enough that they provide good contact even with a flat top unprotected cell. Nitecore also claims support for 2xCR123 cells and 2x16340 cells, although these were not tested. Given the wide range of supported cells, I would not be surprised if 2x18350 cells worked as well, although I don’t have any to test with. 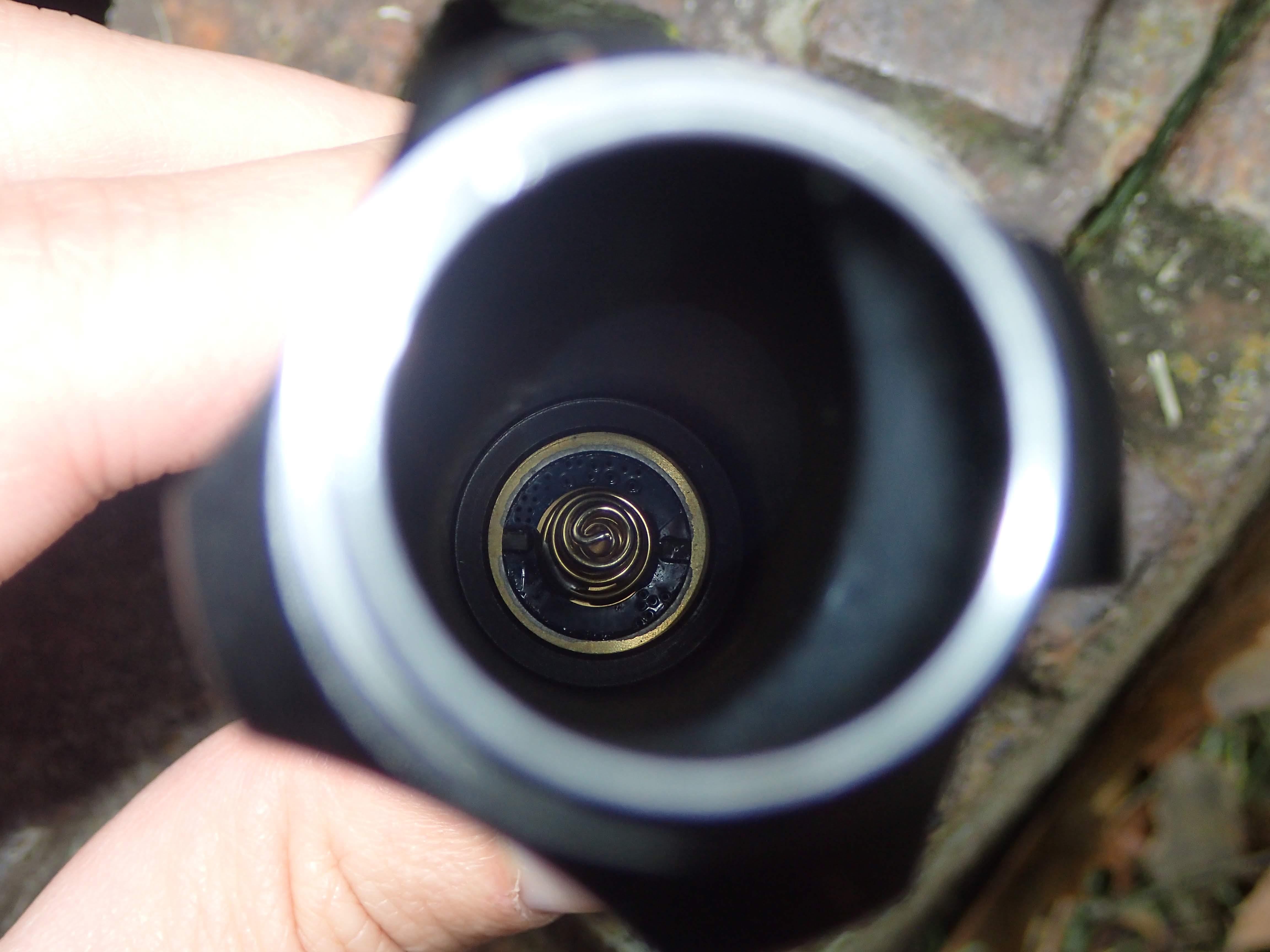 Runtime on turbo and high were tested with the 3500 mAh Nitecore cell. In both cases the light steps down steadily for the first 30 minutes to manage the heat, but then stays very stable for the rest of the run. It's worth noting that the drop at the end of the run doesn't mean the light just shut off - it actually stepped down to moonlight mode and stayed there for a good while longer, with the button LED flashing frantically to remind me to go find a charger. 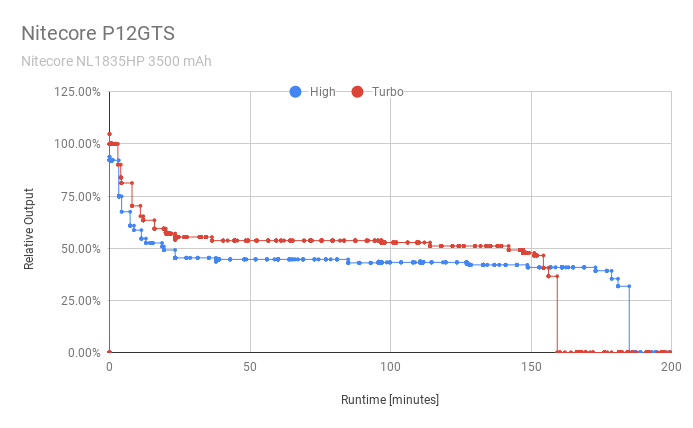 The bezel of the sample I received unscrewed with a bit of effort. This revealed that there was some thread lock holding it in place, but mine came open without any heat or tools. Note that the presence of thread lock makes it clear that Nitecore would probably prefer if you didn’t take your light apart to this extent, and doing so may cause troubles if you ever need to file a warranty claim. This revealed an o-ring and the threads holding the head in place. The reflector is threaded into the head of the light. 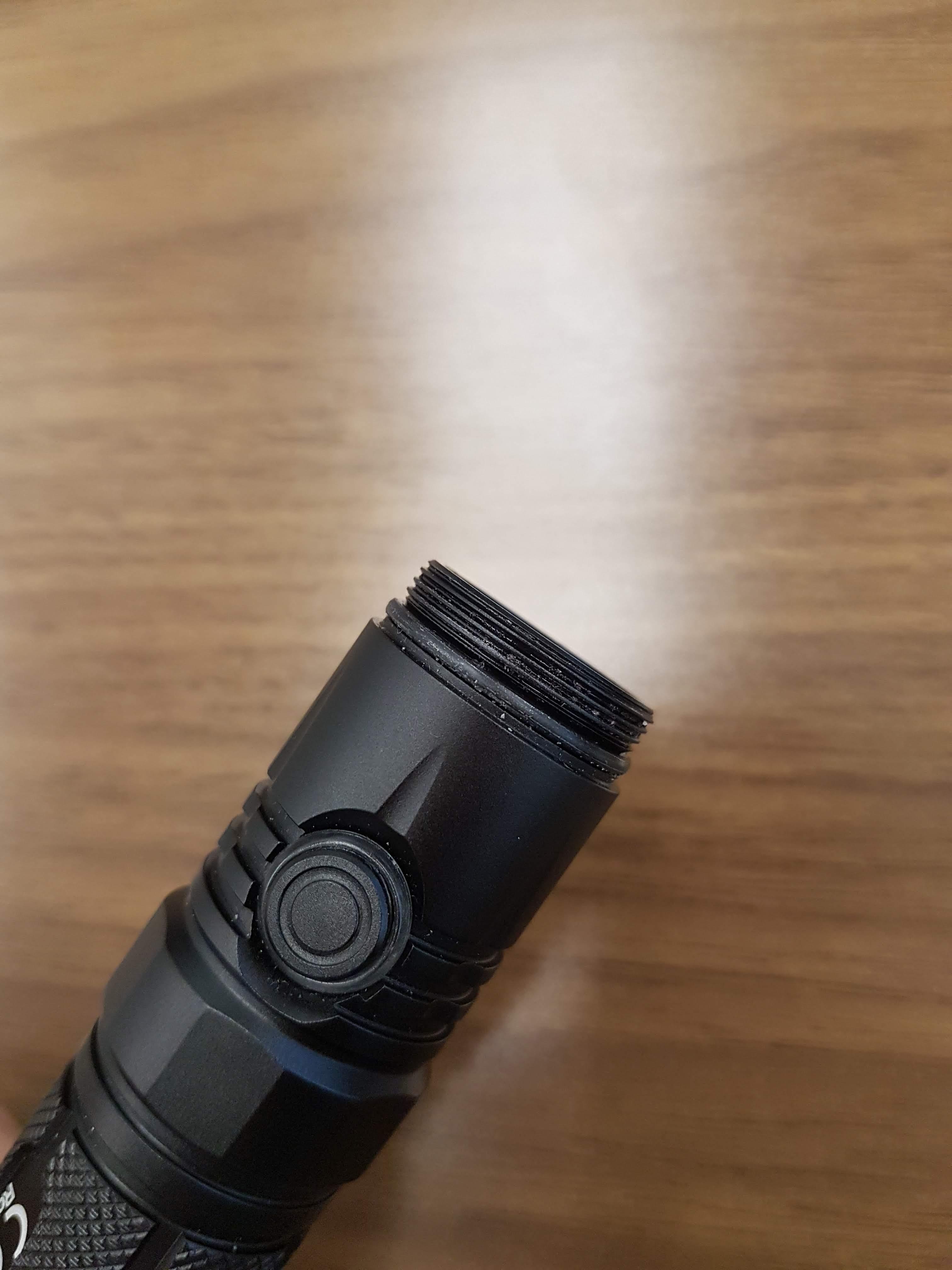 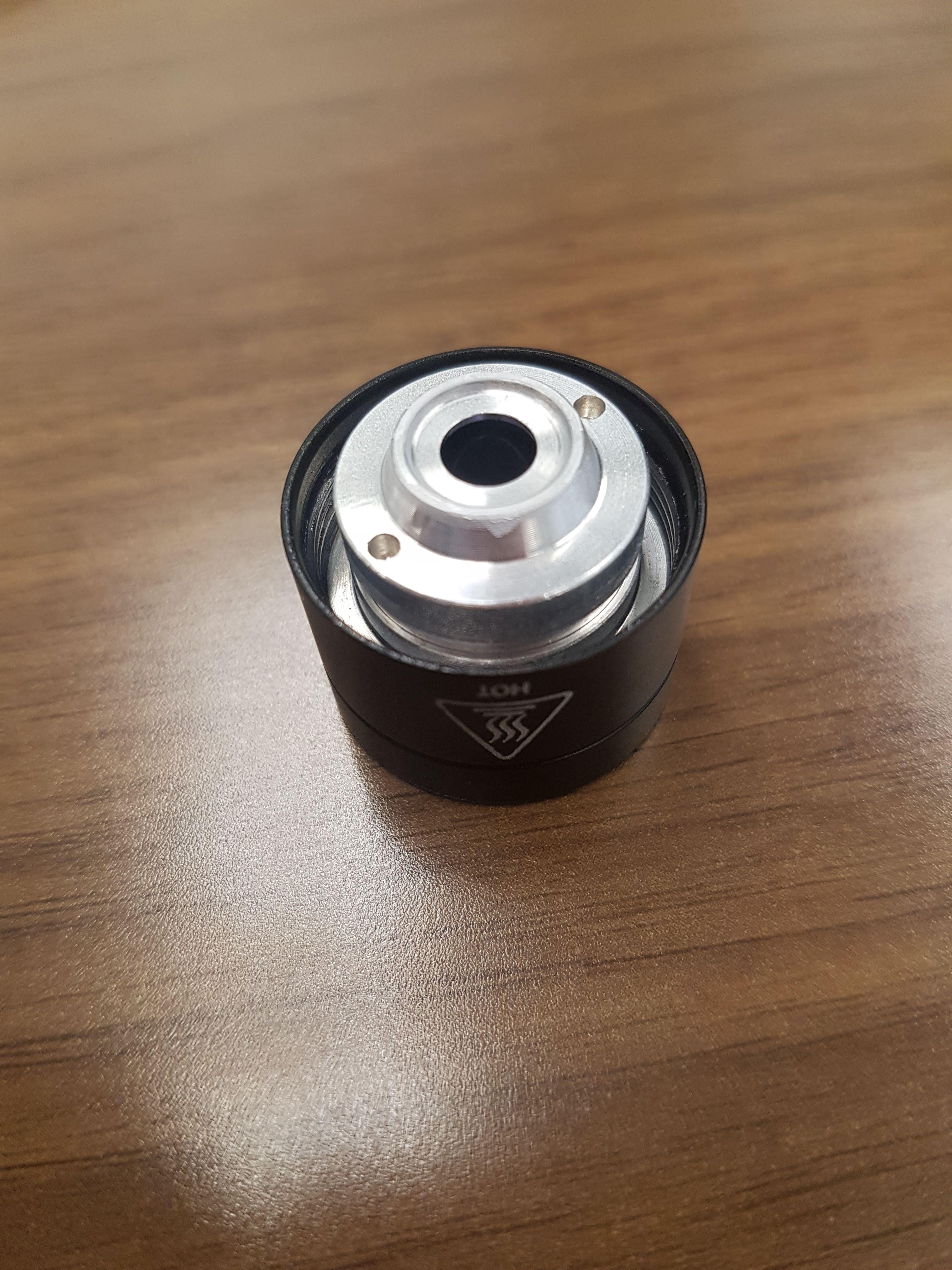 The MPCB looks like a fairly standard butterfly shaped unit. There’s also a screw next to the MPCB, presumably to stop it from moving around, and some thermal paste to ensure a good path from the LED to the aluminum body of the light. If you are inclined to swap out the emitter in this light, it shouldn’t be too challenging if you can get this far. 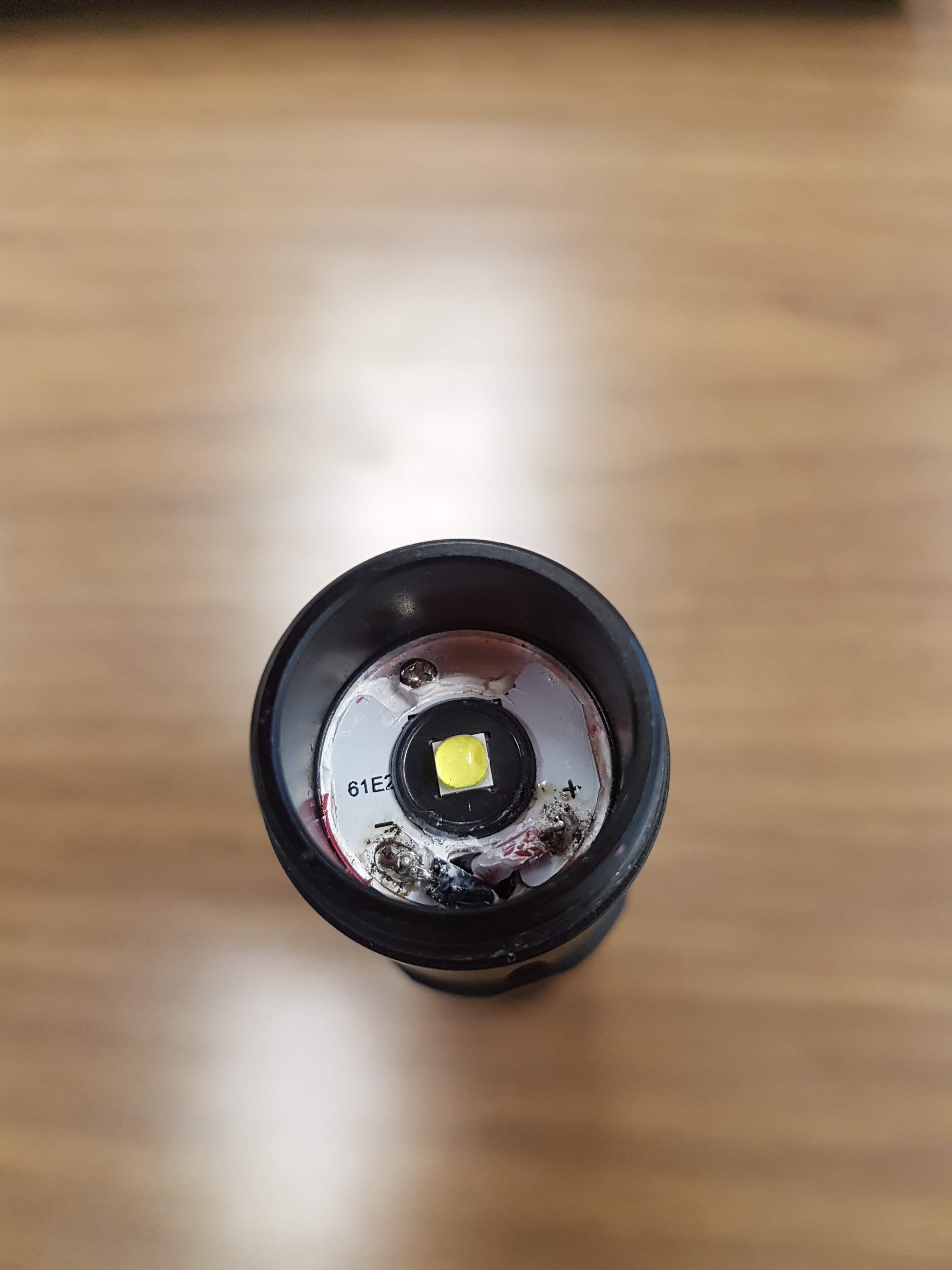 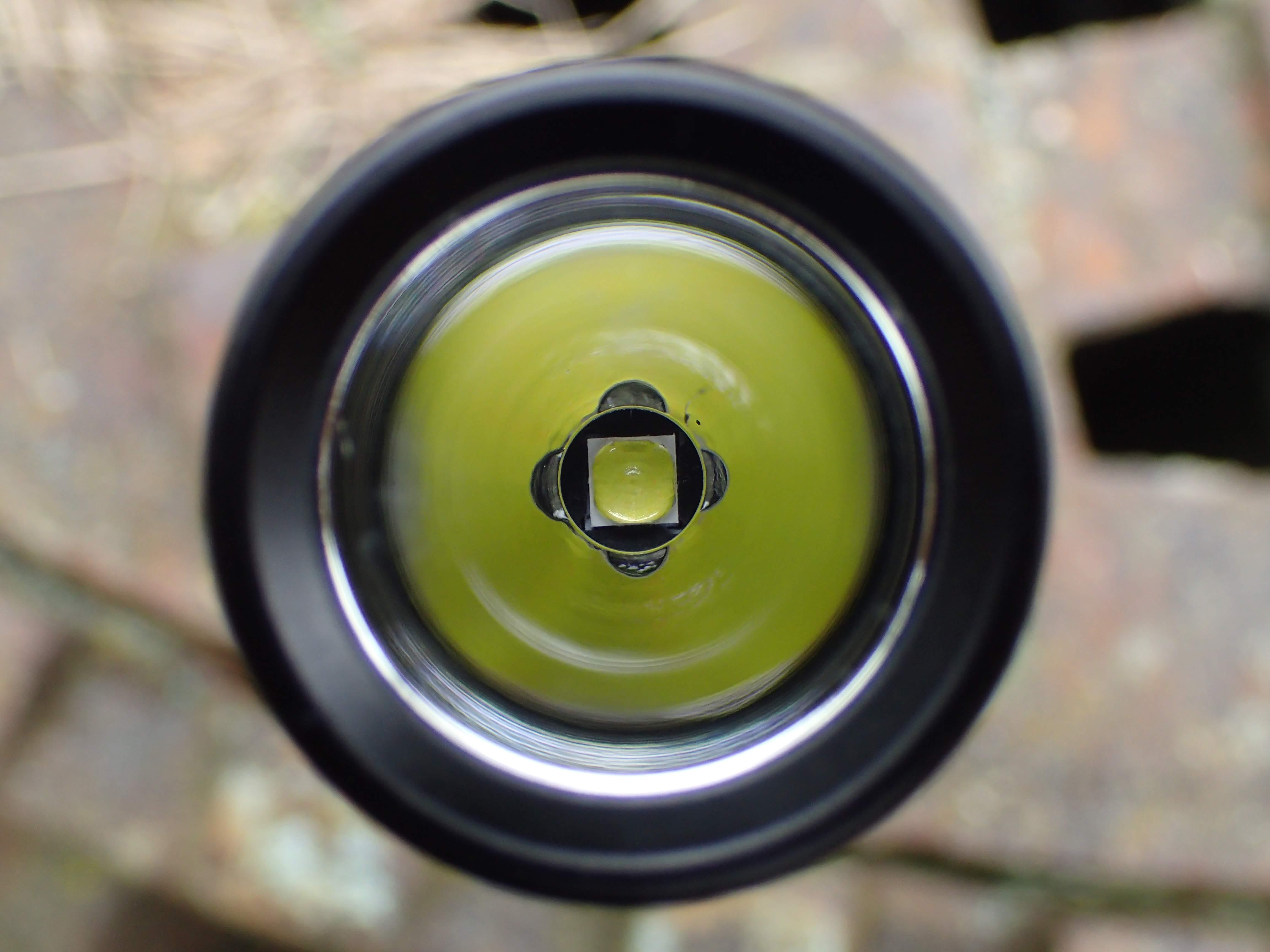 Thanks for reading, let me know if you have any questions I didn't answer in the post!
1x18650 2xCR123A Cree XHP35 HD Flashlight Nitecore