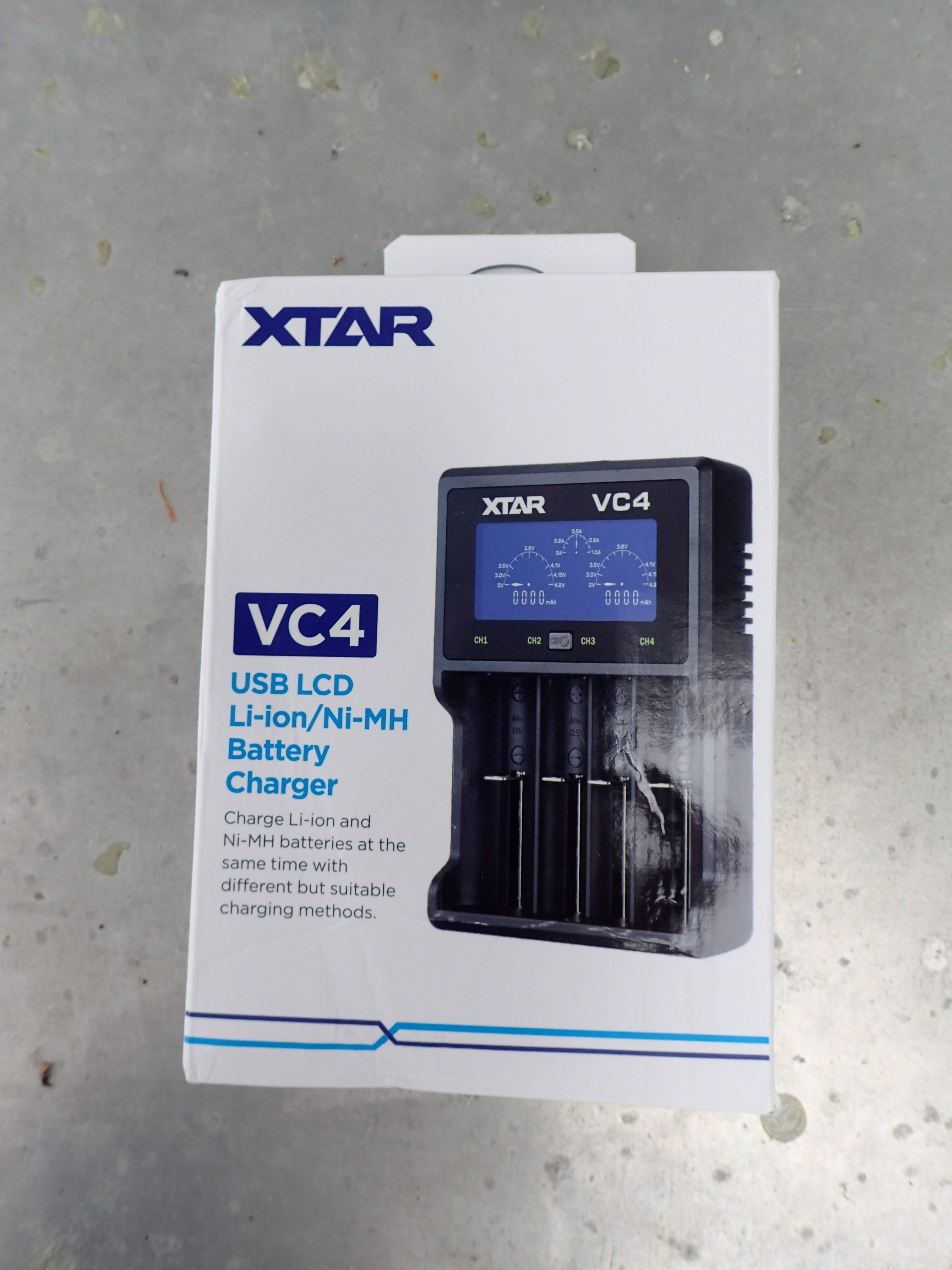 Here's a tracking link to the charger they sent.

This charger doesn't have a ton of extra functions. There's no power bank feature or USB pass through, no complex cell measurements or conditioning, and no settings to mess with. What it does do, is charge pretty much every commonly used cell. Without having to fiddle with settings or worry about which current to use.
Like the XTAR PB2 I previously tried out, this charger does what it says and does it very well, without many extras. Also like that review, this won't have any measurements in it and therefore will be pretty brief - I'm planning on getting some equipment add some more meat to these charger reviews in the future.

The charger came in a snazzy white retail package. Inside, there's a PVC pouch hiding the remaining contents. These are a manual, the charger itself, and a USB to barrel cable. The charger doesn't include a USB power adapter, and you'll want one that can supply over 2 A to take advantage of the maximum supported charge speeds. In most cases, the wall wart that came with your last phone should work just fine. 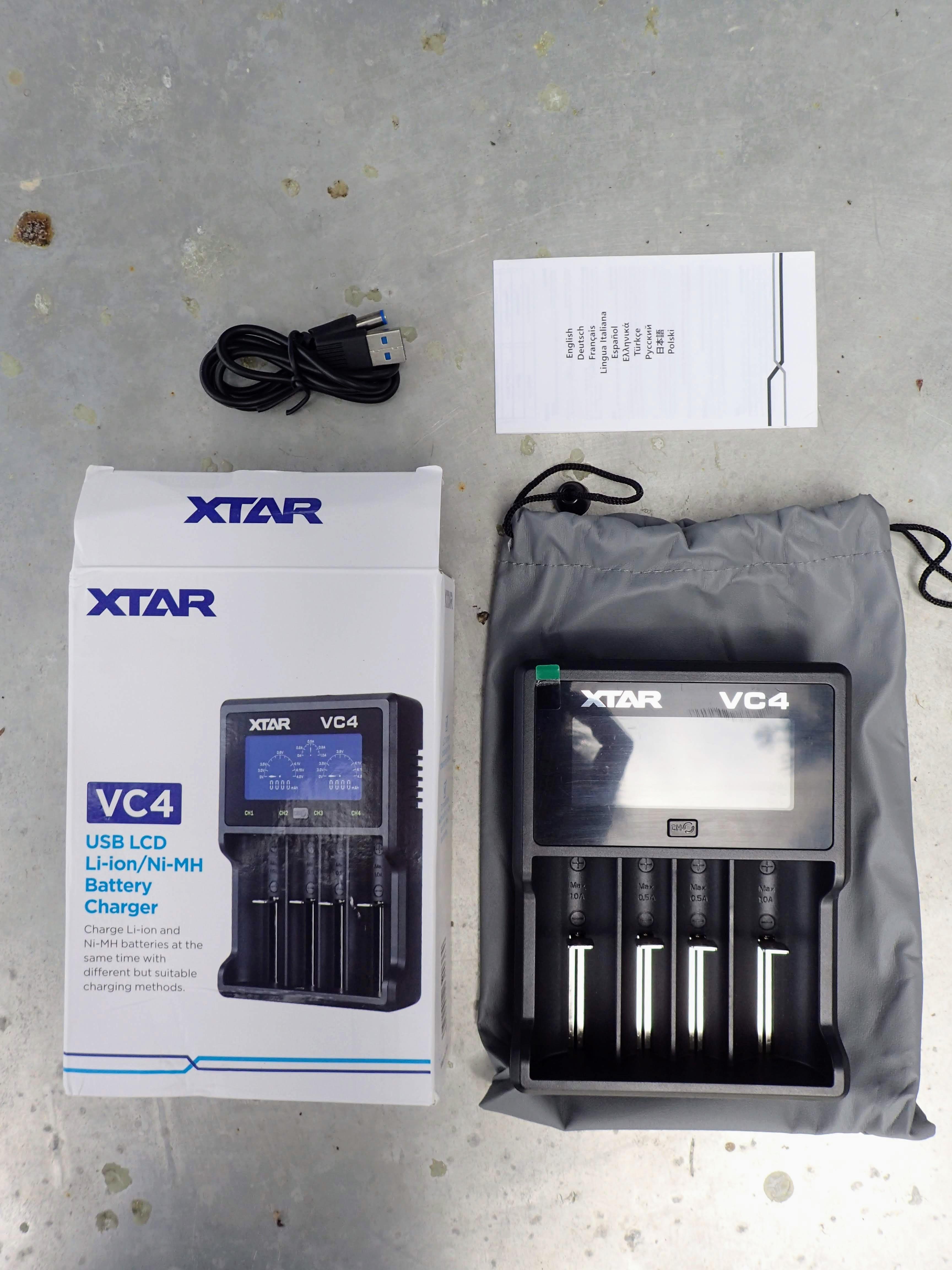 I find the case pretty handy. I keep the charger in a drawer when it's not in use, and it's nice to not have to worry about dust or other junk getting into the sliders. The bag stunk of PVC when I first opened up, so plan on letting it air out a bit before storing it. 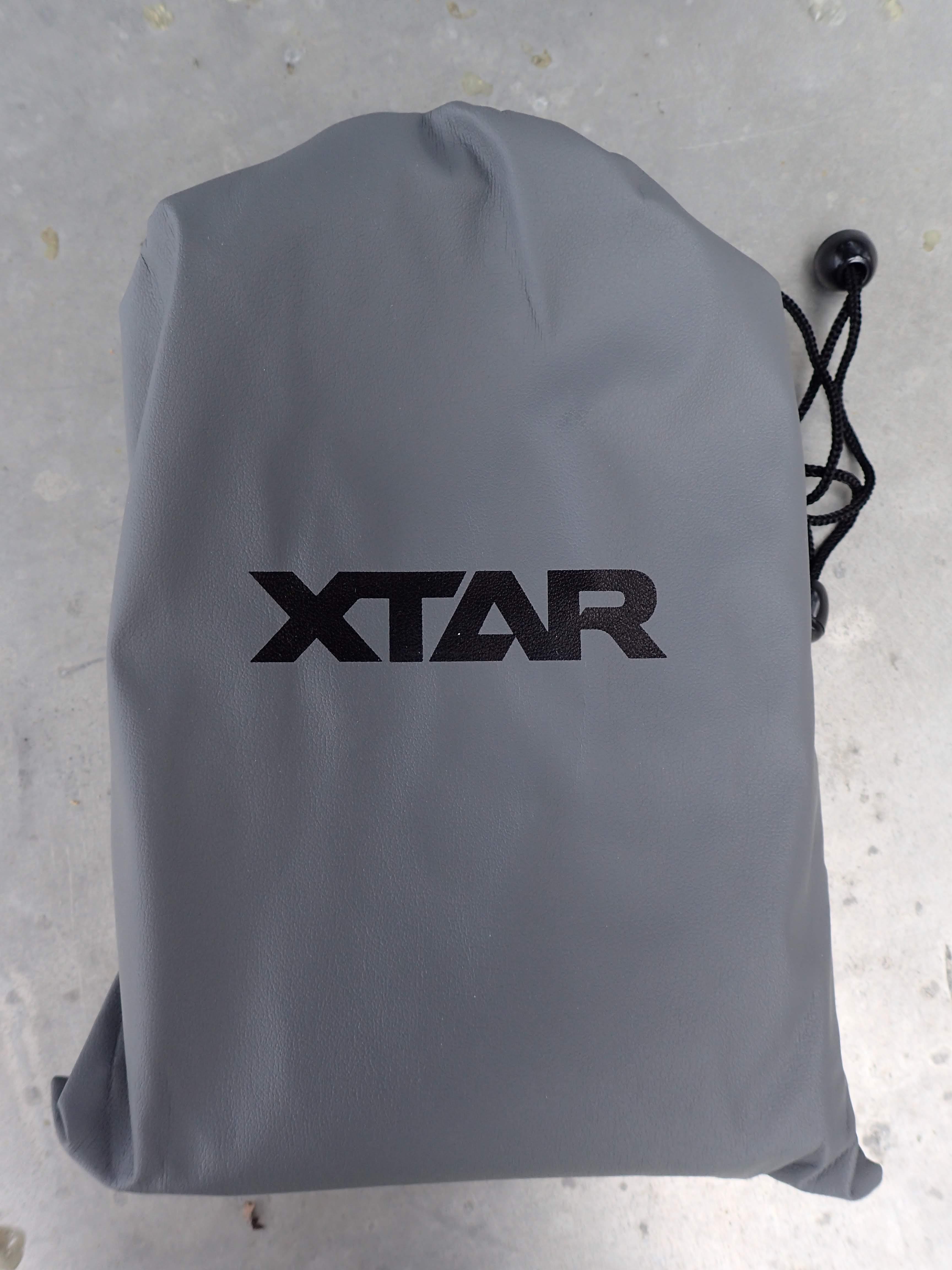 The charger is made of plastic, with standard steel sliders to hold the cells. The barrel plug is at the back of the charger. Overall, everything feels pretty well made.

The best thing about this charger is how idiot proof it is. Take a cell and throw it in the charger. The chemistry is detected, proper current is chosen, and it starts to charge. The LEDs at the top of each bay are red while charging, and green when fully charged or empty. My only complaint is that very small or large cells can be a bit finicky to seat in the sliders properly. I think this is due to the design of the 'button’ on the positive end of the bay.
Even though this charger can fit large cells, they can only go in the outer two bays. If you need to charge 4 large cells, you'll need a larger charger. The outer two bays will charge at up to 1.0 A, and the inner two are limited to 0.5 A. The charger can only do 2.0 A total, so with 4 cells inserted you're limited to 0.5 A per bay. 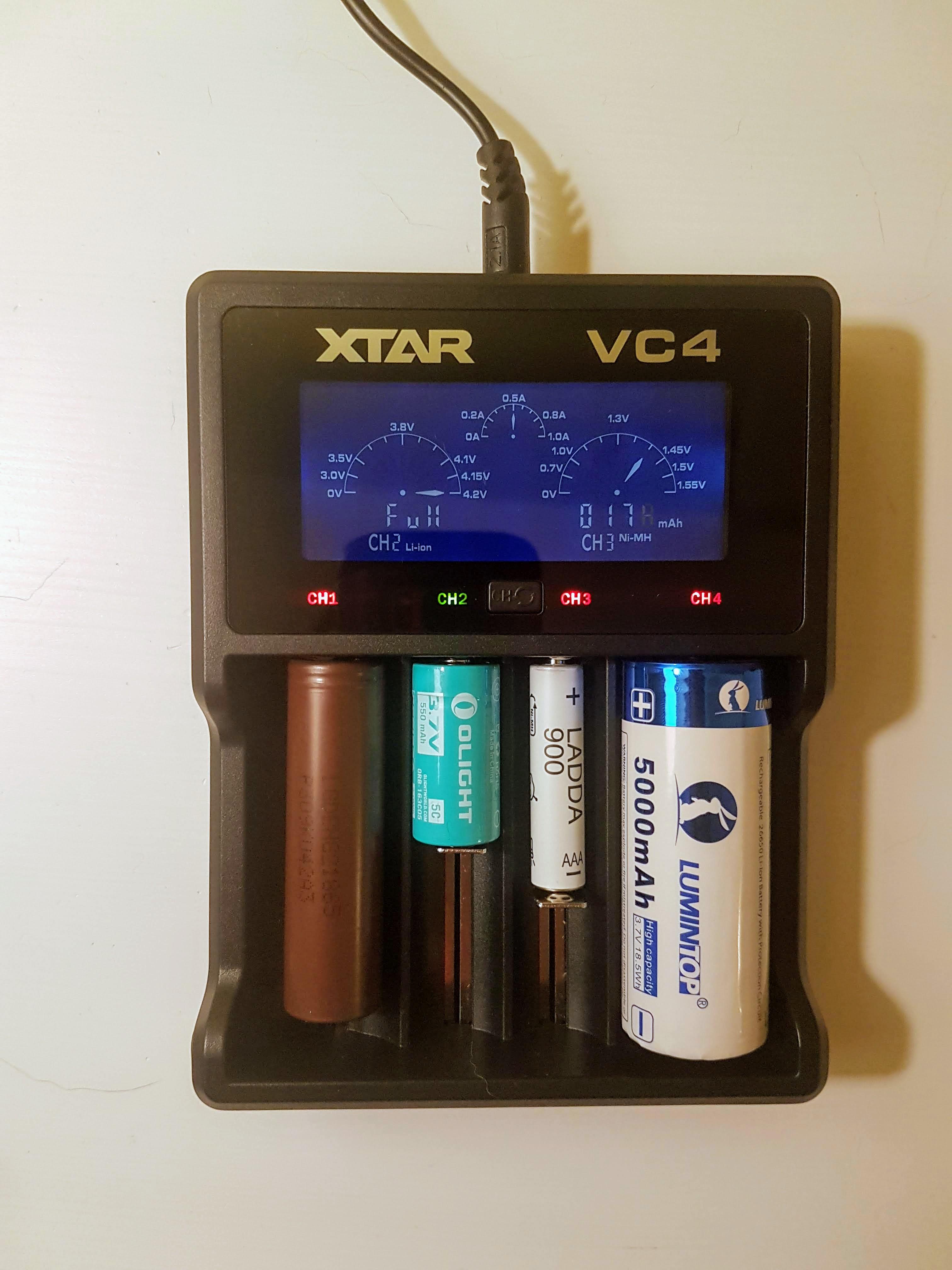 The charger is even smart enough to detect if a cell is inserted in the wrong direction. At no point in my use did the charger or the cells in it get anything past slightly warm. 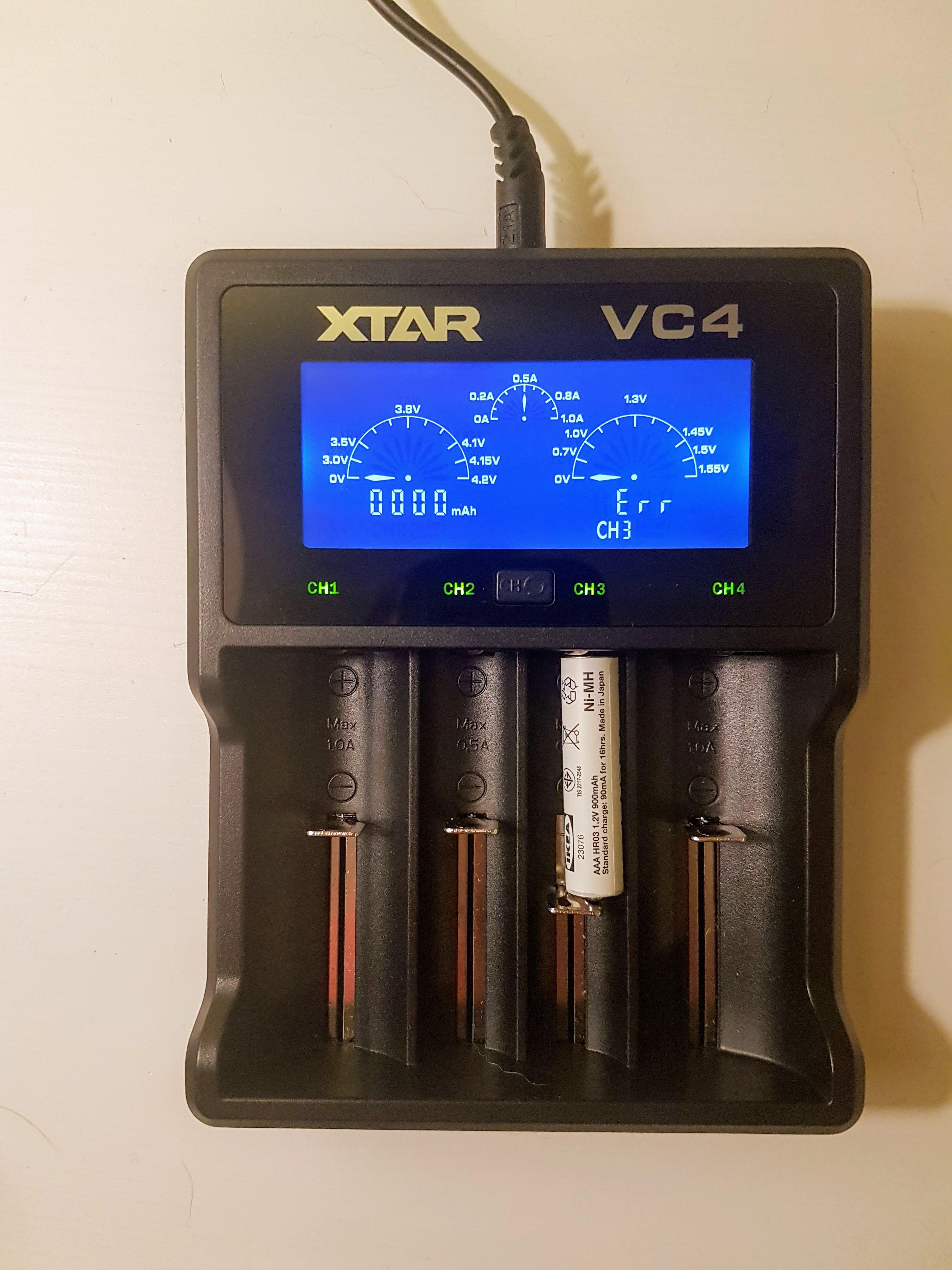 The LCD at the display has two gauges showing the voltage of the cells being charged. Underneath each gauge, the bay number it corresponds to and the amount of current that has been put into the cell are displayed. With most Li-ion cells, this display can give a good idea of cell capacity when charging a cell from empty to full. With NiMH, that's not the case. Once the charge is complete, the mAh number flashes to 'full’. 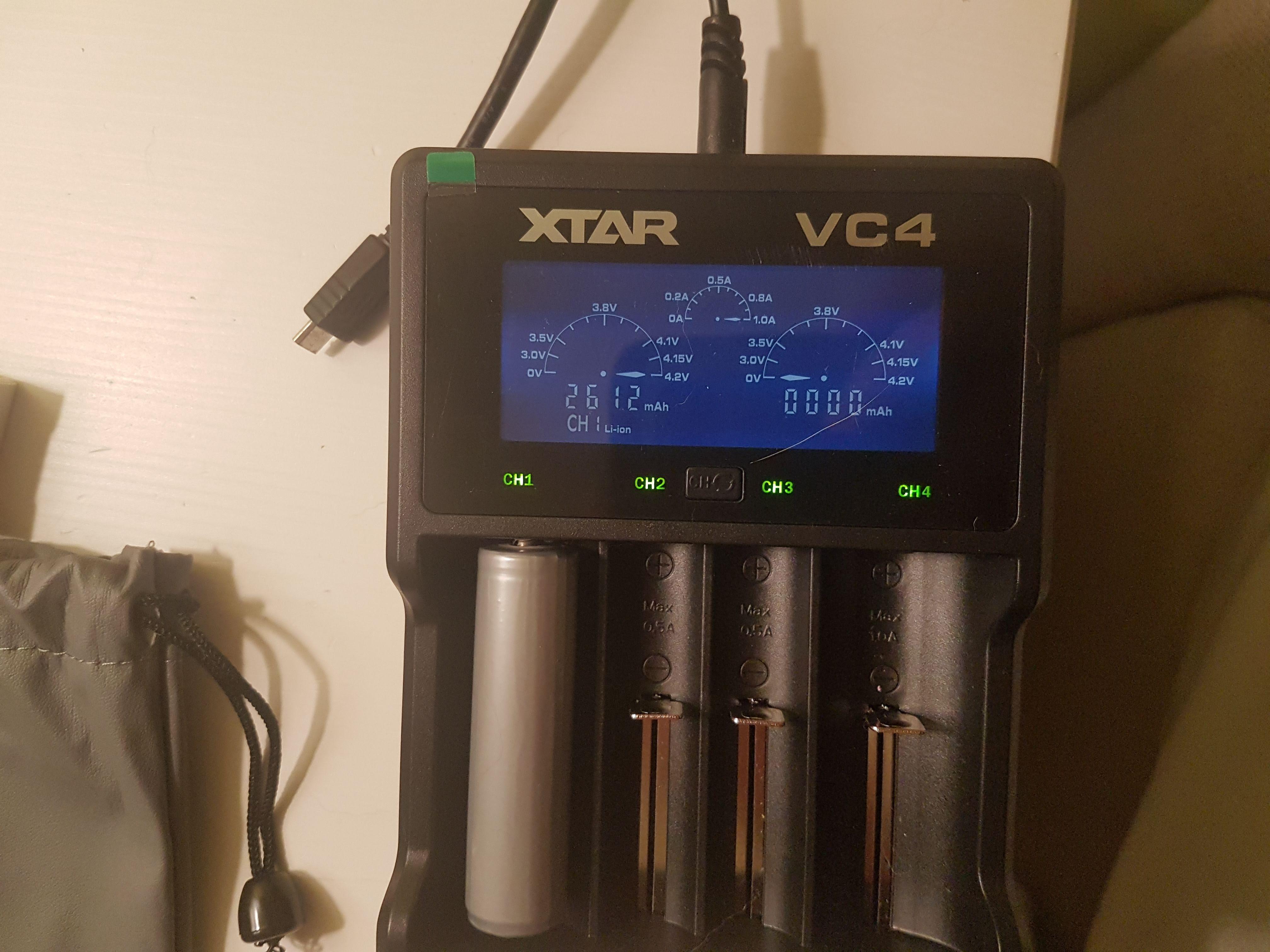 When more than two cells are in the charger, pressing the button below the display will toggle which bays are displayed. Holding down this button will turn off the backlight in the LCD. The display can still be read without the backlight, but it won't light up a dark room this way.
The top of the display also shows a current gauge, which displays the maximum possible charge current given the power source and the cell configuration.